RICHMOND, Va. -- Saying ‘goodbye’ to a legend behind the chair. Hall of Fame barber Marty Buffano passed away in December after battling cancer.

In this fast-paced ever-changing world, a world that shows no signs of slowing down, there is one place on Midlothian Turnpike where you'll find consistency, serenity and a whole lot of style.

At Hot Locks Salon repeat customers turn back the clock for an appointment with a man who is as precise as a surgeon.

92-year-old Marty Bufano has been cutting hair since FDR lived in the White House. Marty learned the trade from an old barber in his hometown of Scranton in 1938.

“I was 13 years old when I became an apprentice,” says Marty. “I looked at him and said, ‘Angelo, What is an apprentice?’”

Then Uncle Sam beckoned at the outbreak of WWII.

“Then when I was 17 I joined the Marines. I wanted to be a Marine.”

During the war Marty cut his fellow Marine’s hair in the South Pacific.

“Even then I was fussy about how I cut their hair. But It really didn’t matter but That is just me,” says Marty.

After the war Marty shaped quite a reputation in 1961 when he was named National Barber of the Year. To this day, Marty prefers the Roffler technique using a straight razor instead of scissors.

“Next thing I know he grabs a razor and I thought ‘Wow. That is cool.”

Marty does not believe in a quick haircut. Bill who is a 30-year customer always allots an hour with Marty.

“It is kind of like visiting a friend and getting a haircut on the side,” says Marty.

“You know I think has the goofiest haircut of all? This guy from North Korea. Oh God. He must think he looks cute with that haircut. It’s so bad.”

This former U.S. Marine is making up for lost time. This senior veteran decided he needed a new look. Marty got U.S. Marine tattoos on both arms. His tattoo obsession hasn’t stopped. 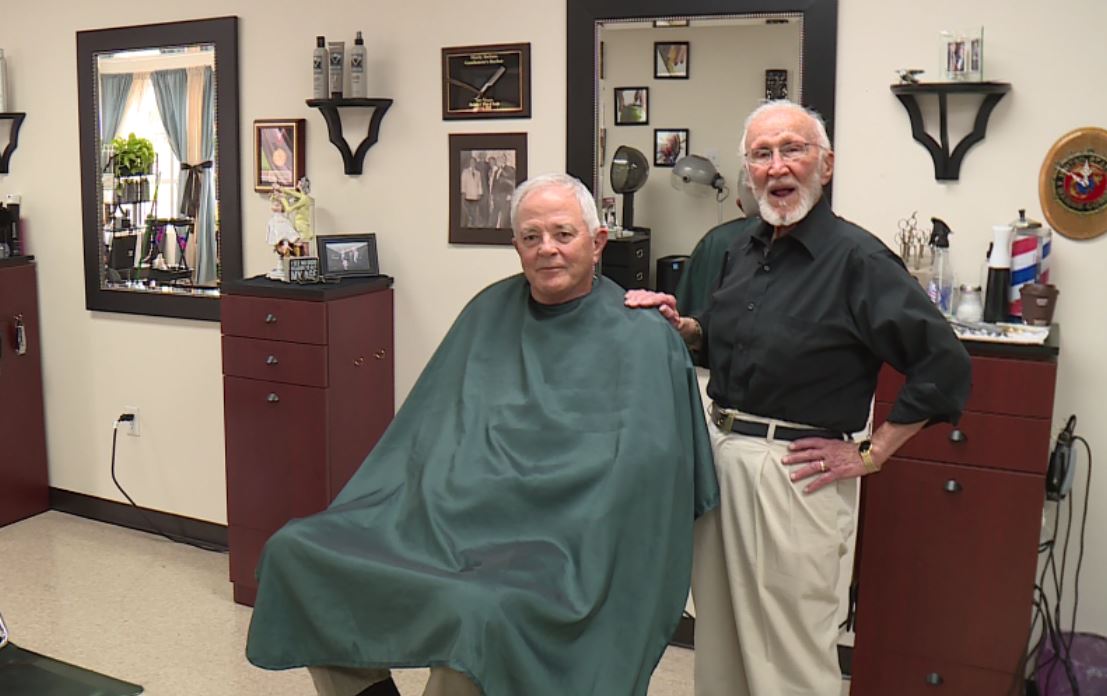 “Oh, he is a perfectionist in everything,” says Carol. “There is no stopping him. He will probably be cutting hair when he turns 100.”

Don’t mention retiring to Marty. He prefers a barber chair over a rocking chair any day of the week.

He is barber who makes you look good on the outside. Feeling good on the inside? No charge. It’s what customers can expect entering Marty’s sanctuary of shears.

“I’ve been a very blessed fortunate guy,” says Marty. “I just hope the guy above keeps me around so I can keep doing this.”

Marty is survived by his wife, four children, several grandchildren and great-grandchildren.