Henrico driver wants answers after rock smashes through windshield: ‘I was covered in glass’

MECHANICSVILLE Va. -- A Henrico woman is hopeful a driver saw something that could help explain what happened to her car on Interstate 295.

Mary Snider, of Varina, said she was driving home from getting her car serviced when a rock smashed through her windshield, grazed her face, and bounced back into the steering wheel.

"I was covered in glass," Snider said. 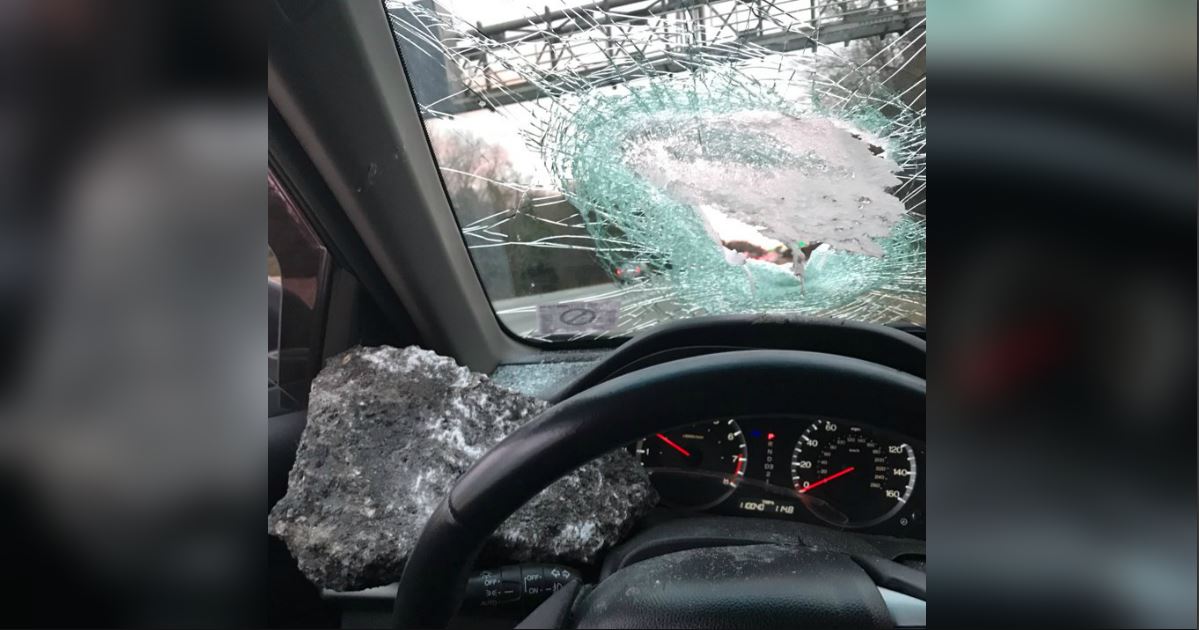 She was able to safely pull over to the side of Interstate 295 and call 911.

The crash happened at about 5:15 p.m. Thursday at the Cold Harbor Road overpass, she said.

Virginia State Police confirms that they responded to a call for a rock through a windshield Thursday at 5:28 p.m.

A state police spokesperson says there is no indication that the incident was a deliberate act.

"It came out of nowhere," Snider said. "I would like to know if there are any witnesses."

None of the cars in front of her swerved to avoid a rock in the roadway, leading Snider to believe the rock may have been a piece of asphalt that fell (or was thrown) off the Cold Harbor Road bridge over the interstate.