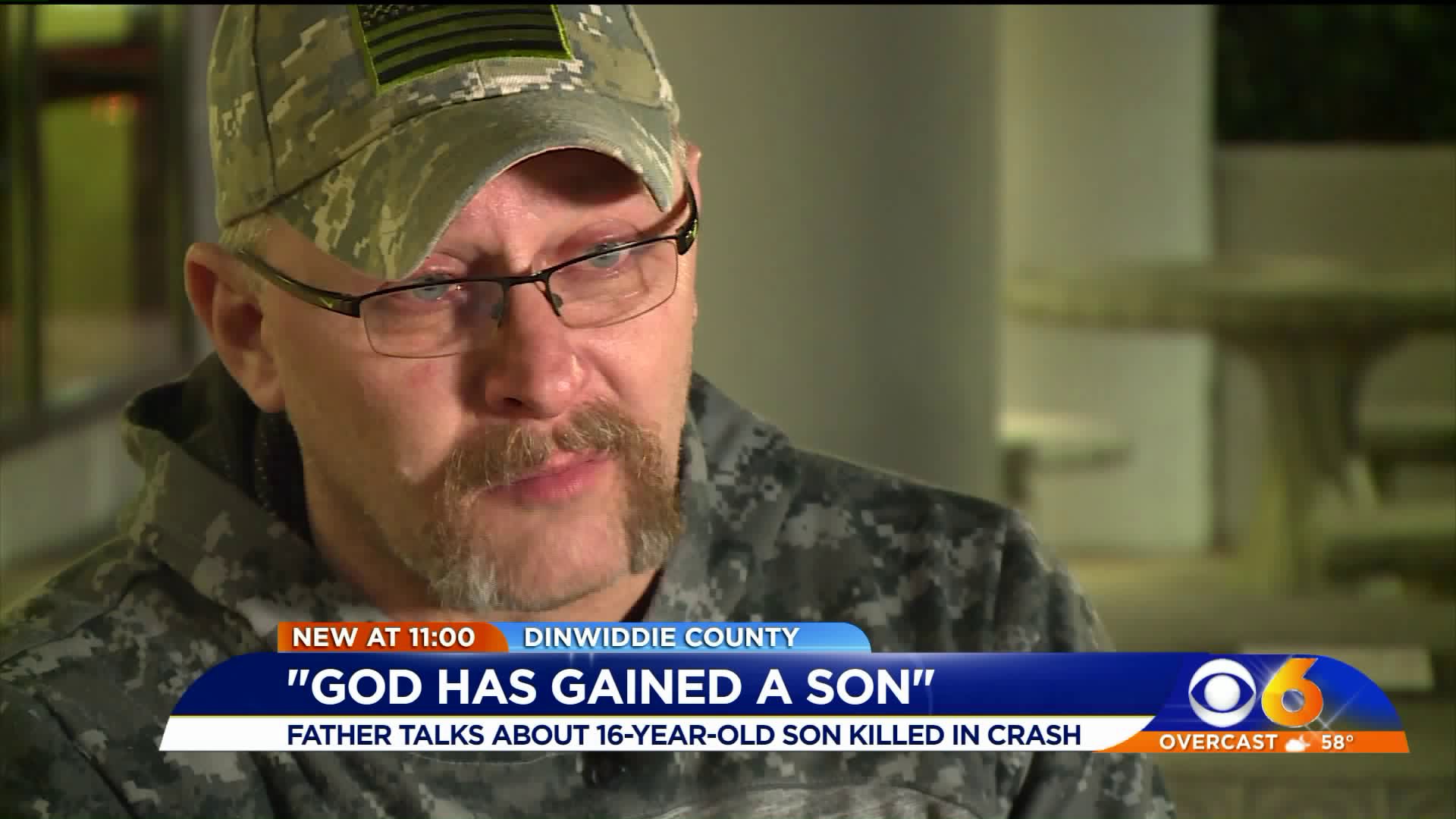 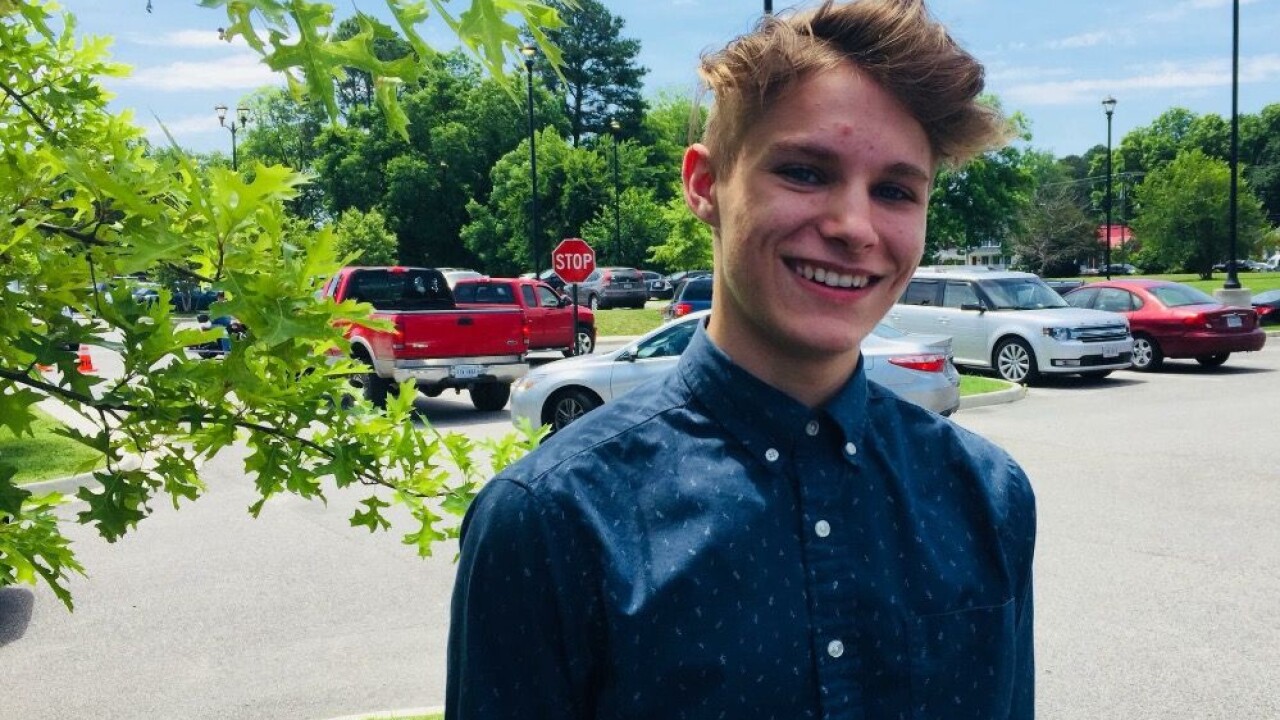 DINWIDDIE COUNTY, Va. -- John "Dakota" Reid, 16, was killed Tuesday, January 22, in a two-vehicle crash on westbound Route 460, according to Virginia State Police.  He was the passenger in a 2010 Honda Civic that was attempting to cross Route 460 from Courthouse Road.

"They were struck by a Lexus sedan in the intersection, on the westbound side of Route 460. The Lexus then spun around facing eastbound and the Civic spun around striking a light pole on the passenger side," a Virginia State Police spokesperson said. "At this time, it is believed that all occupants in both vehicles were not wearing seat belts."

All three people in the Lexus suffered serious injuries.

The Civic's 17-year-old driver and Reid were flown to hospital with life-threatening injuries. Reid was later pronounced dead at the hospital.

Reid's dad John told CBS 6 he rushed to the hospital when he heard the news about the crash.

"He was trying to tickle his feet because he said that that's what he always would use to do and he would always jump and I thought it was the sweetest thing," Dakota's friend Amber McCaffiy said.

"He had a smile of gold that lit up every room and warmed even the coldest heart. Everyone who met him instantly fell in love with him," family wrote on a GoFundMe page. "From the day that he was born and the first time that we held him, he was absolutely perfect."

The driver of the Civic was last listed in critical condition.

"Charges are pending and the crash remains under investigation," a Virginia State Police spokesperson said.

While the community chips in with helping through GoFundme, Reid's father will carry on his legacy.

"I may have lost my son but God gained one," said John Reid.

Dakota will be able to help save other lives, as the family said his organs will be donated. His father John encourages all drivers to wear their seat belt.

Dakota Reid is the second Dinwiddie High School students to die in a crash this month.

Donovan Kendus, 16, was killed January 13 when the truck he was riding in crashed on an icy bridge.