HOPEWELL, Va. – Police are asking for the public’s help to identify the men wanted in the armed robbery of a Hopewell convenience store Tuesday morning.

Officers responded to the Broadway Express convenience store located in the 300 Block of E. Broadway Street for an armed robbery at approximately 11:18a.m.

“The preliminary investigation revealed that the two offenders entered the business and then separated,” according to a police spokesperson.

Police say one suspect approached the clerk, brandished a handgun and demanded money while the second suspect served as a lookout.

After the clerk complied, the suspects fled the business on foot, according to police. 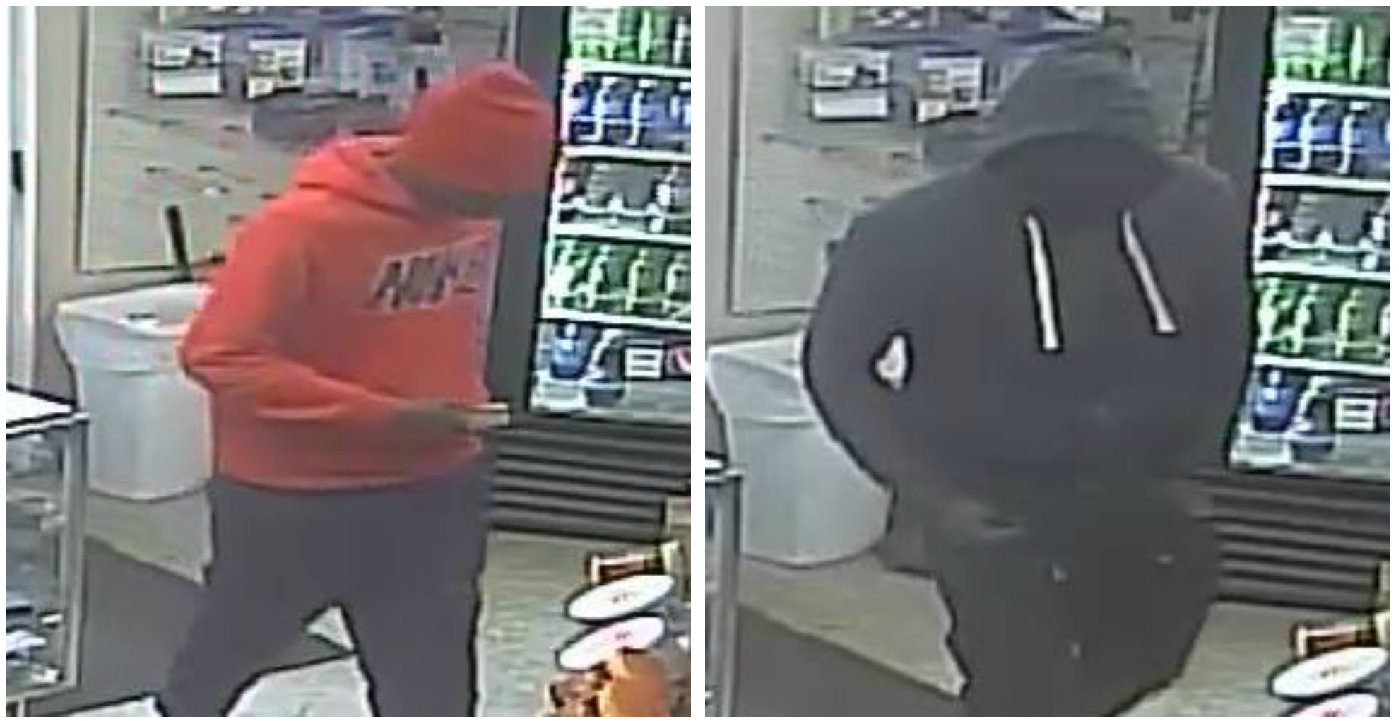 The clerk was not injured during the incident.

He was observed wearing a ski mask, black hooded sweatshirt over a red in color shirt, dark colored pants and dark colored sneakers.

The Hopewell Police Department’s Criminal Investigations Unit continues to investigate this matter and is requesting that any person(s) who may have witnessed the incident, were traveling in and around the area at the time of this incident or have any information to provide regarding the armed robbery, contact lead Detective Benjamin Ransom of the Hopewell Police Department at (804) 541-2284.

Additionally, any person(s) who have information on this or any other crime occurring in the City of Hopewell may contact the Hopewell/Prince George Crime Solvers hotline in Hopewell at 541-2202. You may also provide a tip anonymously via the P3tips app.