Truck driver swerves off I-95 into woods; blames bad driver for crash

PRINCE GEORGE COUNTY, Va. -- A tractor-trailer ended up in the woods off Interstate 95 after crashing Thursday morning in Prince George County, Virginia.

The trucker driver said she was headed north on I-95, near mile marker 43, when another driver veered into her lane.

She said she swerved to avoid the other vehicle and ended up over the guardrail and in the woods.

Both she and her father, who was sitting in the passenger's seat, were able to escape the crashed truck with minor injuries. 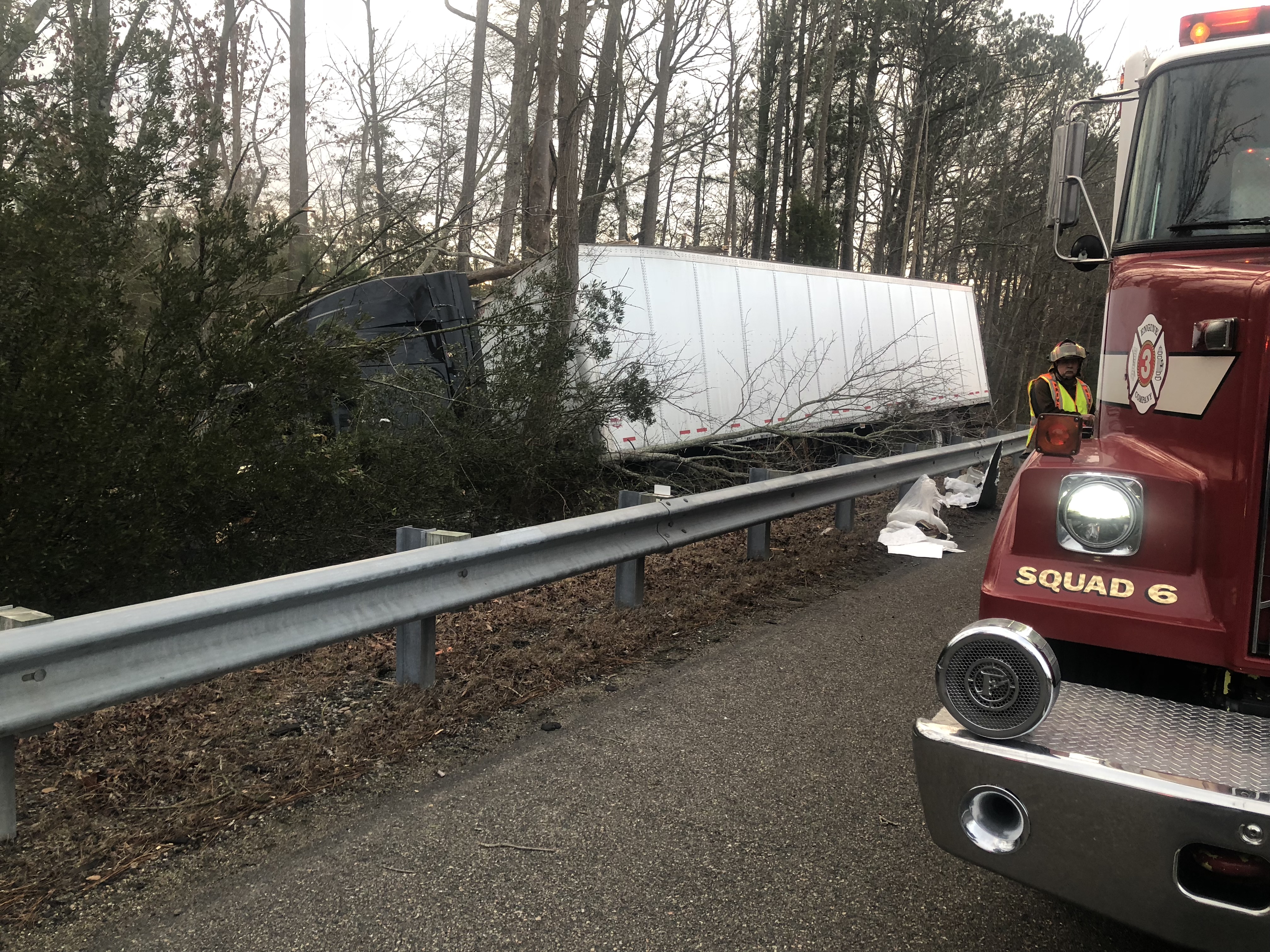 "The driver, Sherri E. Thompson, 34, of New York, and a passenger were entrapped for a period of time, but was checked at the scene and did not suffer injuries," Virginia State Police spokesperson Sgt. Keeli Hill said. "Thompson was wearing her seat belt and the passenger was not."

A HAZMAT team responded to the crash scene to clean spilled diesel fuel. Work crews have blocked the right lane for clean up.

The crash, which was reported at about 6:55 a.m., remains under investigation.

BREAKING: tractor trailer in the woods after accident on I 95 NB. The right lane is blocked but traffic is moving through. Working to get more info. @CBS6 pic.twitter.com/Wn5A91UM4l