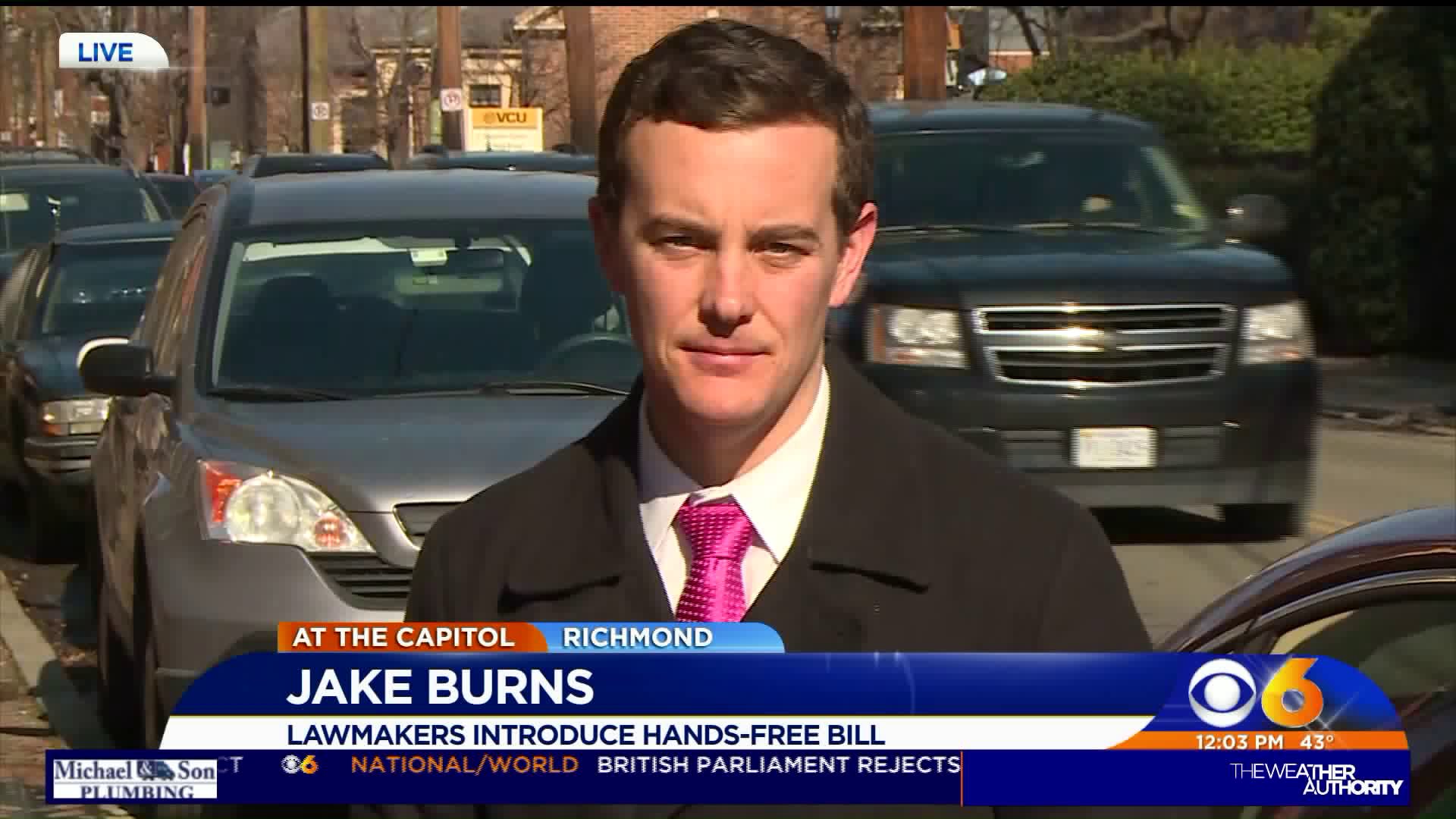 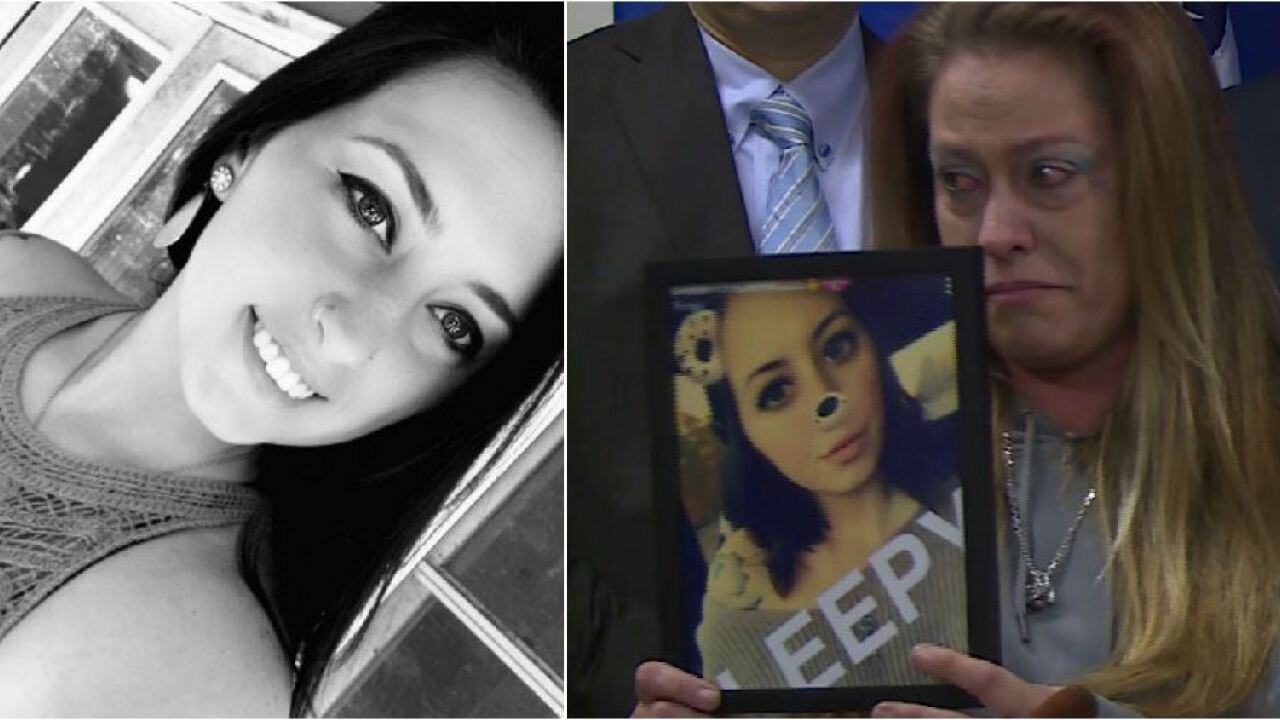 RICHMOND, Va. -- Lakin Ashlyn's mother held the last picture of her daughter: a Snapchat photo taken seconds before she flipped her car and died near West Point, Virginia in November 2017. Ashlyn's family has joined a coalition of lawmakers and law enforcement pushing to pass a hands-free driving bill during the 2019 Virginia General Assembly Session.

"I used to be on my phone all the time," Lakin's cousin Tabitha Clark said. "You’re being selfish if you are on your phone and doing whatever, but just driving."

Two Republican lawmakers, Del. Chris Collins (R - Winchester) and Sen. Richard Stuart (R - Montross) have sponsored distracted driving bills.  Their proposals expand "the prohibition on using a handheld personal communications device while operating a motor vehicle to all uses unless the device is specifically designed to allow hands-free and voice operation and the device is being used in that manner."

Drivers who break the law could be pulled over and issued a $250 ticket.

Under current Virginia law, texting or writing an email while driving is illegal; however, police agencies said it was difficult to enforce.

"The current law requires the officer to be almost as distracted as the person who is texting in order to enforce that law because you have to drive down the road and watch the digits or numerics being entered," Ashland Police Chief Doug Goodman said.

"I’ll be honest with you, I was driving back up to Richmond on Sunday from Newport News, and saw someone playing Clash of Clans on an iPad," Del. Mike Mullin (D-Newport News) said.

Hands-free driving legislation has been pitched in Virginia in the past, as recently as last year, but failed to pass both chambers of the General Assembly.  A coalitions of families, Republican and Democratic lawmakers, and law enforcement officials are hopeful they can push the bill over the line in 2019.

"To watch her become a mom, changed everything. . . everything," Lakin's mom Roxann Gabel said when asked to share memories of her daughter.

With the pain of the 21-year old's death still fresh, Lakin's loved ones are now bringing their story and a message to elected officials at the General Assembly.

"Is he okay with his family losing him?  Or his family causing someone else to lose their loved one?  Or his kid not coming home? Is he okay with any of that?  Because you never know when you say goodbye.  When it’s actually the last time," Gabel and Clark said.

Virginia saw a 10.8 percent increase in traffic fatalities in 2017, according the Virginia DMV, and traffic deaths have increased every year since 2013.

Advocates said in 13 states the enacted hands free laws, the number of traffic fatalities saw an average decrease of 16 percent within two years.

Eat It, Virginia! with Scott and Robey is a podcast driven by food. We discuss Richmond restaurants and food events, answer your most pressing food-related questions, and share listener-submitted dining suggestions. Email the show here.

Subscribe to “Eat It, Virginia!” on your favorite podcast app and be in the know on where to go. If you like what you hear, leave a review.