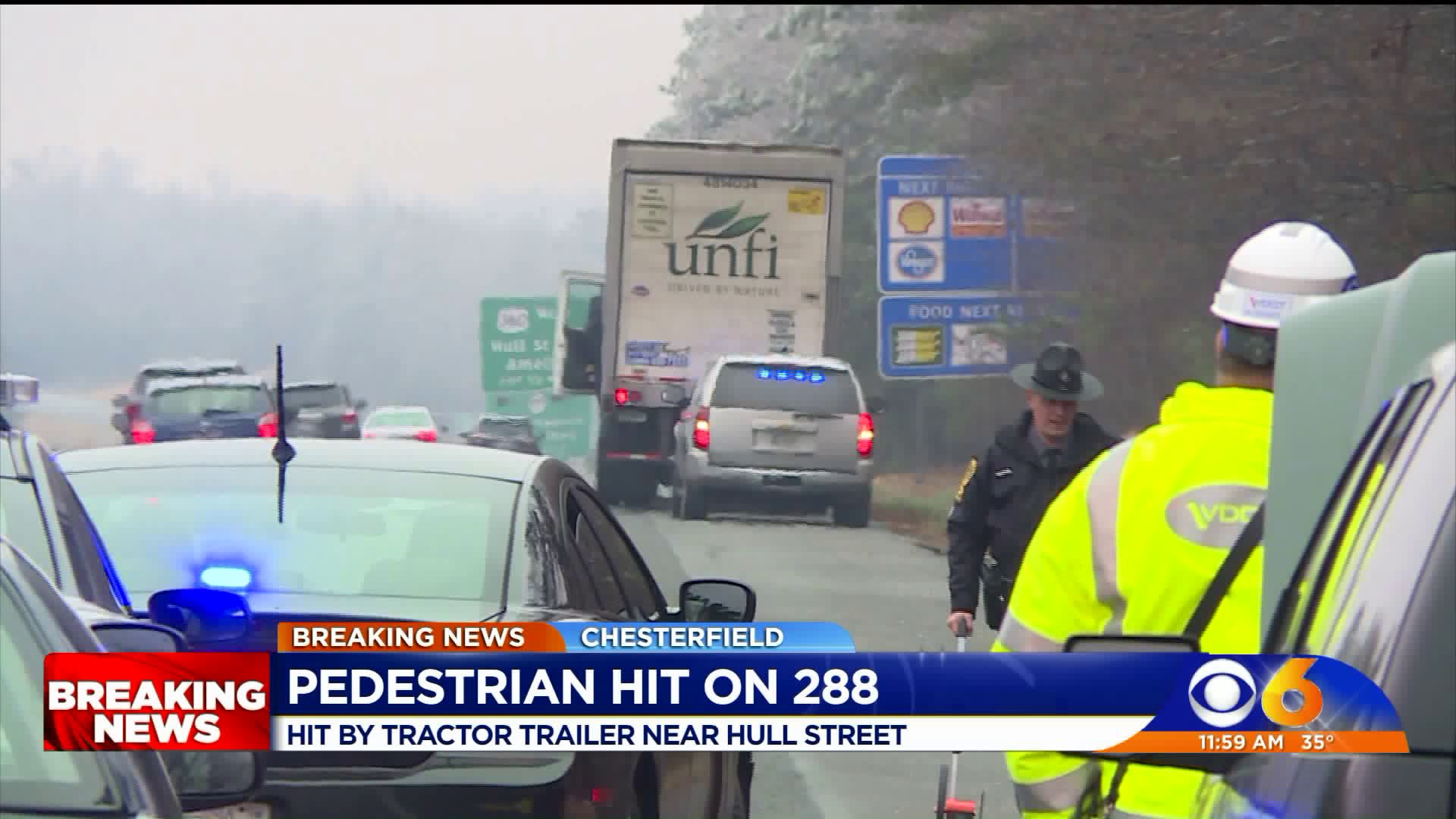 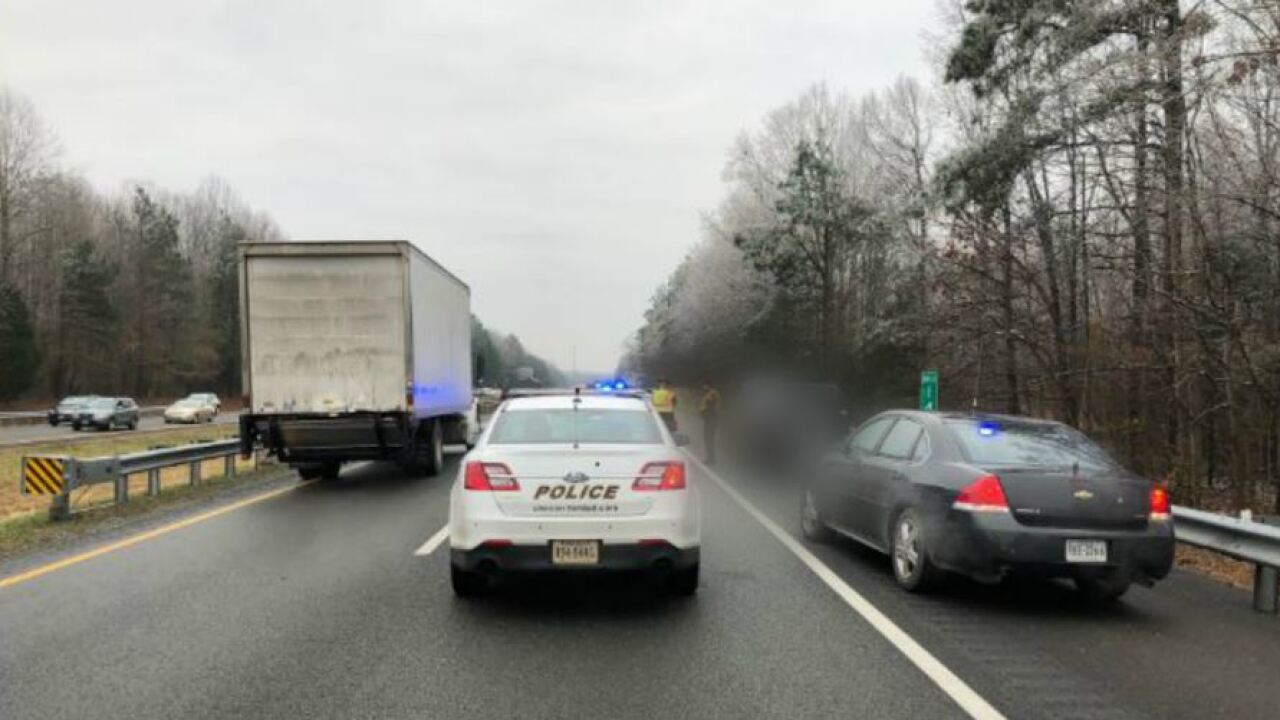 CHESTERFIELD COUNTY, Va. -- A driver who got out of his car on Route 288 south -- near the Hull Street exit -- in Chesterfield County was killed Tuesday morning when he was struck by a tractor-trailer. The deceased driver was identified as Derek D. Dambacher, 53, of Chesterfield.

"A 2006 Ford Explorer was disabled on the right shoulder of southbound Route 288. [Dambacher] was outside of the vehicle when he stepped out into the left lane of travel and was struck by a 2018 International tractor traveling southbound," a Virginia State Police spokesperson said. "There are no charges at this time. The crash remains under investigation."

Virginia State Police responded to the single vehicle crash at about 8:33 a.m.

The tractor-trailer driver stopped at the scene of the crash and spoke with police.