COLONIAL HEIGHTS, Va. – A Norfolk man has been arrested after police say he was one of the two gunmen who terrorized employees during an armed robbery at a Colonial Heights Sprint store last week.

The robbery occurred on Monday, January 7 at the Sprint store located at 1160 Temple Avenue.

Police say a large number of cell phones were stolen during the incident.

“Detectives were able to develop several leads in this case that lead to the execution of a search warrant at Rodger’s home in Norfolk. During the search, clothing, phones and a firearm were recovered that were directly related to this robbery,” said a Colonial Heights Police spokesperson. 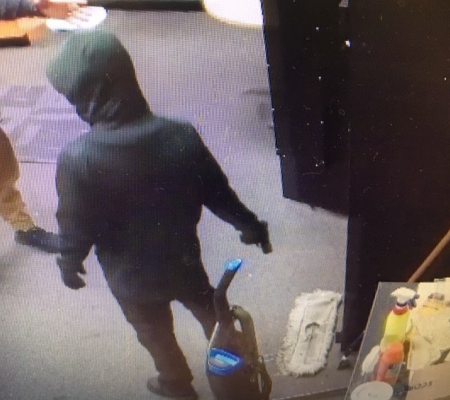 Rodgers has been charged with armed robbery, conspiracy to commit robbery, use of a firearm in the commission of a felony, possession of a firearm by a convicted felon, and two counts of abduction.

He is being held at the Norfolk City Jail without bond pending his next court appearance in Colonial Heights. Detectives are still working to identify the second individual involved in the crime.

If you have any information regarding this incident, please contact the Colonial Heights Police Department at (804)520-9300 (option #7) or you can call the Chesterfield/Colonial Heights Crime Solvers at (804)-748-0660.