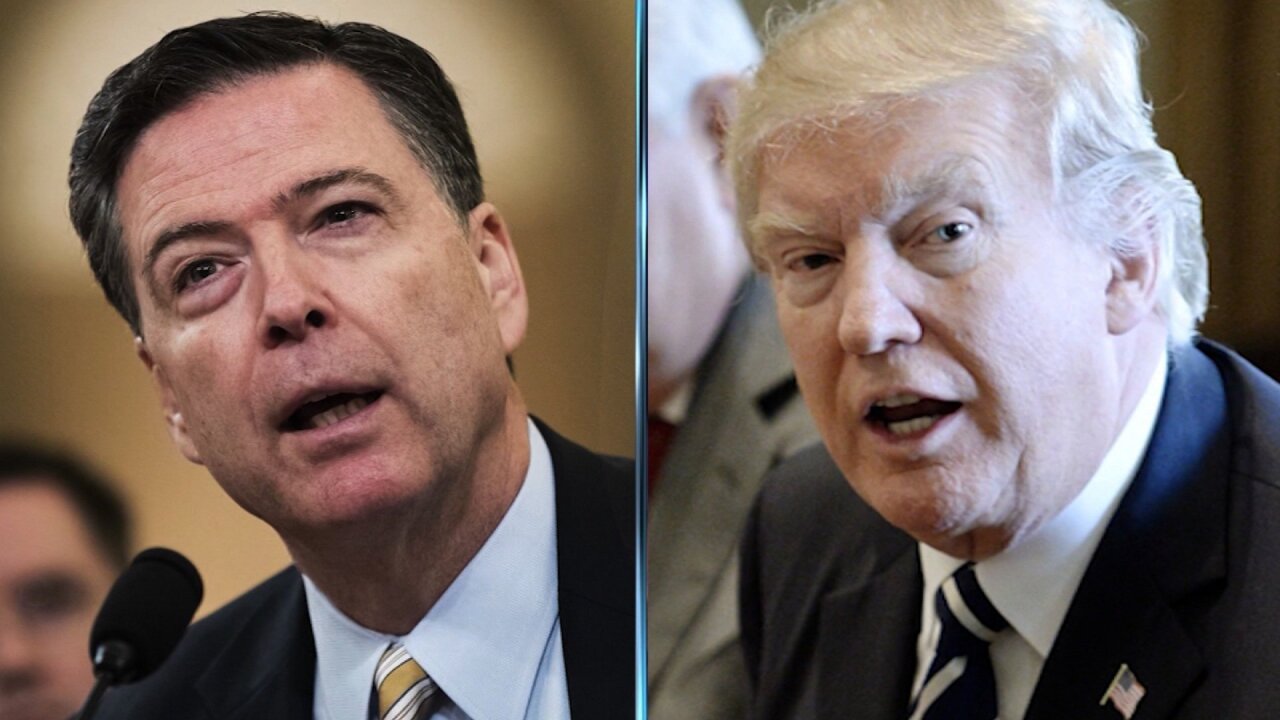 The FBI opened the Trump probe, in the hectic days after the President fired Comey, after considering various options for dealing with the firing.

At the same time the FBI opened a probe into President Donald Trump for possible obstruction of justice after he fired FBI Director James Comey, counterintelligence agents were investigating why Trump was acting in ways that seemed to benefit Russia, according to a source familiar with the matter.

As CNN first reported, the FBI opened the Trump probe, in the hectic days after the President fired Comey, after considering various options for dealing with the firing.

It was a tense time. In addition to the Comey dismissal in May 2017, the President had raised concern in the FBI for comments he made to Russian officials in the Oval Office about firing his FBI director, according to the source familiar with the matter.

The source spoke to CNN after The New York Times reported Friday that law enforcement officials were so concerned they began investigating whether the President was working on behalf of Russia against US interests.

In a strongly worded reaction, White House press secretary Sarah Sanders said, “This is absurd. James Comey was fired because he’s a disgraced partisan hack, and his Deputy Andrew McCabe, who was in charge at the time, is a known liar fired by the FBI. Unlike President Obama, who let Russia and other foreign adversaries push America around, President Trump has actually been tough on Russia.”

In a flurry of tweets Saturday morning, Trump slammed Comey, arguing that his firing of the former FBI director “was a great day for America” and accused him of being a “crooked cop” protected by Mueller.

“Wow, just learned in the Failing New York Times that the corrupt former leaders of the FBI, almost all fired or forced to leave the agency for some very bad reasons, opened up an investigation on me, for no reason & with no proof, after I fired Lyin’ James Comey, a total sleaze!” Trump wrote Saturday, adding in a separate tweet that he’s been far tougher on Russia than his predecessors.

FBI agents and senior officials began to suspect connections between Trump and Russia during the 2016 campaign but pushed off an investigation partially because they were unsure how to execute such a massive and sensitive operation, sources told the Times.

But when Trump then tied Comey’s firing to the Russia investigation two separate times, the FBI opened the probe, the people said to the Times.

The case was then referred to special counsel Robert Mueller as part of his investigation into whether Russian agents interfered with the 2016 election, the Times reported, adding that it is not clear whether the special counsel has continued that part of the investigation.

When asked about the FBI’s counterintelligence investigation of Trump as a potential threat to national security, Secretary of State Mike Pompeo told CBS News in a taped interview that “the notion that President Trump is a threat to American national security is absolutely ludicrous.”

He added that the question is “not worthy of a response.”

Comey was dismissed, the White House said at the time, on the recommendation of Deputy Attorney General Rod Rosenstein and Attorney General Jeff Sessions. They cited Comey’s handling of the probe into Hillary Clinton’s use of a private email server while she was secretary of state, a controversy that many believe helped Trump defeat the Democratic nominee in the 2016 presidential election.

CNN reported last month that the dismissal set off a flurry of activity by Rosenstein and top FBI officials.

They discussed a range of options, including Rosenstein wearing a wire while speaking with Trump, which Rosenstein later denied. Ultimately, then-acting FBI Director McCabe took the extraordinary step of opening an obstruction of justice investigation even before Mueller was appointed, sources told CNN.

The obstruction probe was an idea the FBI had previously considered, but it didn’t start until Comey was fired. The justification went beyond Trump’s firing of Comey, according to the sources, and included the President’s conversation with Comey in the Oval Office asking him to drop the investigation into his former national security adviser Michael Flynn.