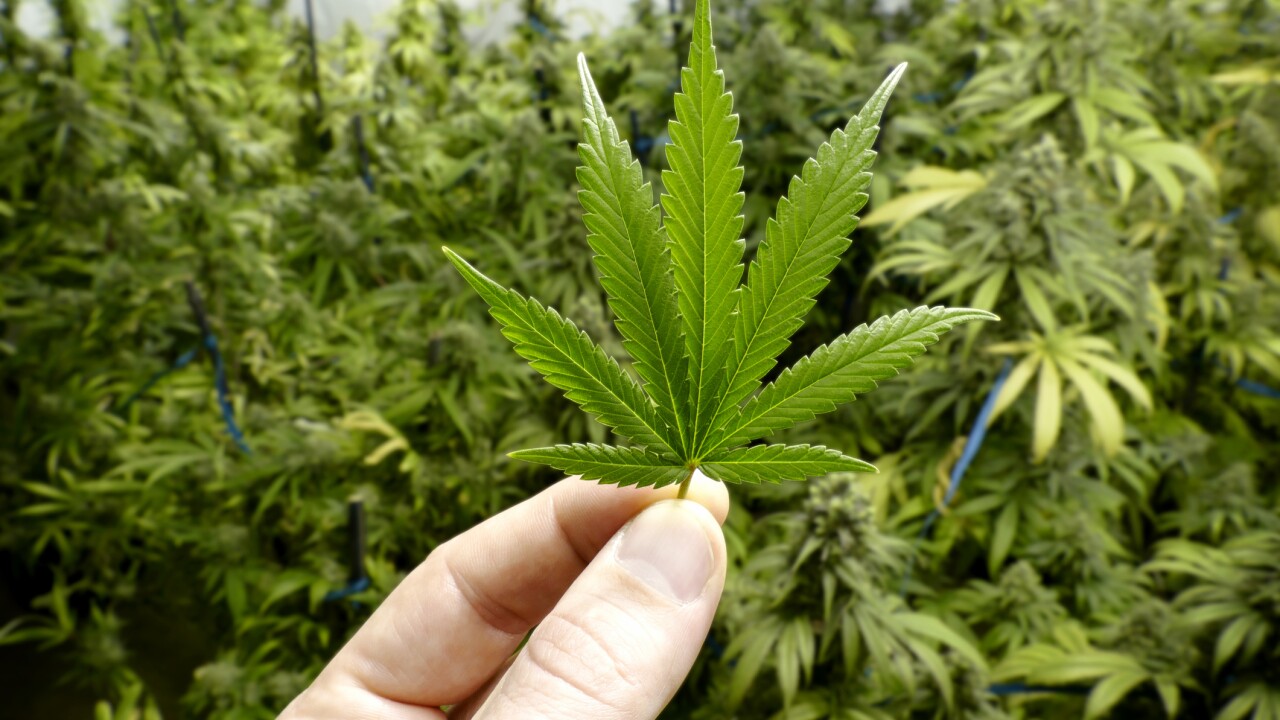 RICHMOND, Va. — Adults would be legally allowed to use marijuana in Virginia under legislation introduced Wednesday to the Virginia General Assembly.

Among thousands of bills introduced by lawmakers at the beginning of the 2019 session are two aimed at legalizing and regulating recreational marijuana use across the Commonwealth: HB2371 and HB2373  introduced by Del. Steve Heretick (D-Portsmouth) and Del. Lee Carter (D-Prince William), respectively.

“For many years, individuals in our communities have lost their careers, their futures, and sometimes their freedom by simply possessing and using marijuana,” Del. Heretick  said in a video introducing his bill, which would legalize the production and personal use of marijuana for adults 21 years or older.

The bill would also decriminalize possession for people under age 21, instead opting for a civil penalty of no more than $50 for a first violation.

While marijuana remains illegal federally, Heretick’s bill calls for Virginia to join the other 35 states who have legalized marijuana to varying degrees.

Heretick has advocated for marijuana reform and decriminalization since taking office in 2016, but HB2371 takes the effort a step further and marks the first time that he has introduced legislation to completely legalize consumption. In addition to legalization and decriminalization, the bill establishes a regulatory framework that would allow for marijuana cultivation, manufacturing, testing, and retail stores by the Virginia Board of Agriculture and Consumer Services (VDACS.)

A 9.7 percent tax would be tacked on to retail products  for a total sales tax of 15 percent, with tax revenue flowing back into the state’s general fund as well as to public education.

A similar bill introduced by Del. Carter would eliminate criminal penalties for possession of marijuana by adults 21 years old and up and decriminalize possession for persons under 21 years of age, instead providing a civil penalty of no more than $100 for possession of less than two and one-half ounces.

Similarly to Heterick’s bill, HB2373 also establishes a regulatory structure for cultivation, manufacturing, transporting, testing, retail, and micro business facilities by the VDACS. It also accounts for an additional 10 percent tax on retail products, with the first $20 million in revenue going to the Veterans Treatment Fund.

Prohibition on cannabis destroys families and fills up our prisons, and does nothing to make anybody safer. The time is now to end this senseless prohibition, which is why I've introduced HB2373 to fully legalize, regulate, and tax cannabis for recreational consumption in VA.

Under current law, a first marijuana offense is an offense punishable by a maximum fine of $500 and a maximum jail sentence of 30 days, while subsequent possession charges automatically become a class 1 misdemeanor punishable by a fine of up to $2,500, as well as possible jail time.

During his campaign for governor in 2017, Gov. Ralph Northam advocated for the legalization of medical marijuana and decriminalizing simple possession of the drug.

“Virginia spends $67 million on marijuana enforcement – enough to open up another 13,000 pre-K spots for children. African Americans are nearly three times as likely to get arrested for simple possession of marijuana and sentencing guidelines that include jail time can all too often begin a dangerous cycle of recidivism,” Northam wrote in a 2017 letter to the State Crime Commission.

As he has done every session since his election, Del. Heretick also has introduced an alternative bill to decriminalize marijuana (HB2079), getting rid of criminal penalties for simple possession replacing them with a  civil fine. Last session the House Courts of Justice Criminal Law Subcommittee killed Heretick’s bill on a 7-1 vote.