WASHINGTON -- Congresswoman Abigail Spanberger was sworn in during the first session of the 116th Congress at the U.S. Capitol on Thursday.

Spanberger beat out GOP incumbent Dave Brat in the race for Virginia's 7th district congressional seat in November in one example of the so-called "blue wave" that swept the country when Democrats flipped House seats previously held by Republicans.

Photos from before the ceremony showed the Congresswoman-elect sitting with her children. 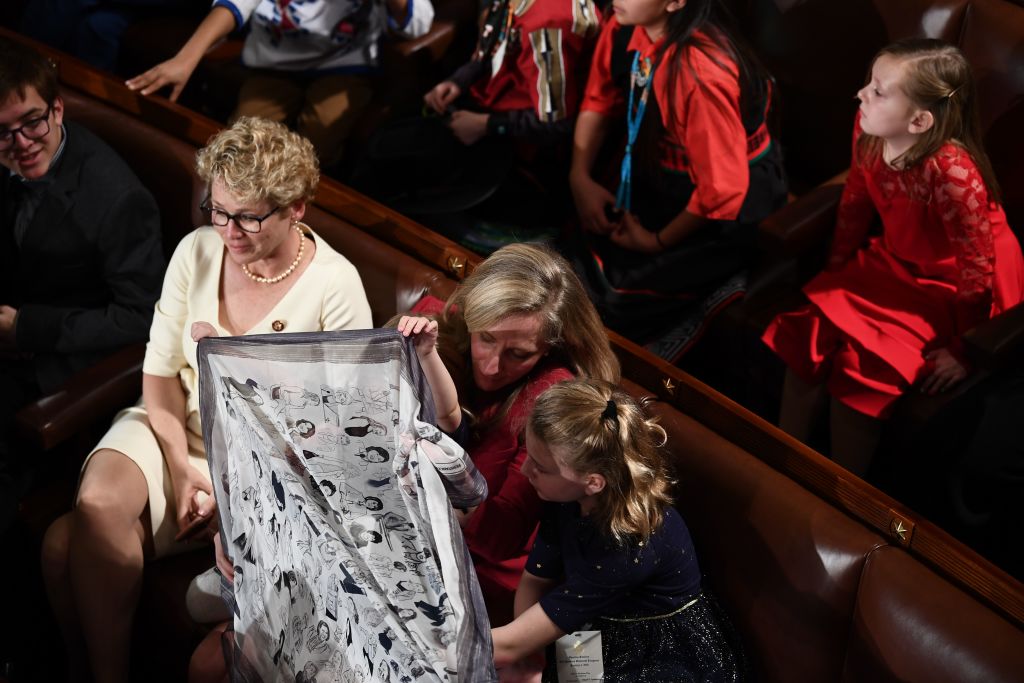 Spanberger was one of 15 Democrats who opposed Nancy Pelosi as the new speaker of the House of Representatives. She voted for Rep. Cheri Bustos of Illinois.

"I think that really the priority needs to be selecting someone who can be the leader of the full House and really try to make progress for the American people," Spanberger told WTVR CBS 6 in November. "We're all going to Washington with the mandate to serve the people of our districts, so ideally we can select someone who's going to best lead congress towards meeting that objective."

The victory for the newly minted speaker followed an election year where the prospect of her controlling the House became a major point of contention -- appearing frequently in GOP attack lines and in vows from some members of her own party to oppose her in an eventual race for speaker.

Pelosi ultimately received 220 votes in her favor against GOP Rep. Kevin McCarthy of California, the chamber's top Republican. A handful of Republicans opposed McCarthy, with most of that group opting for GOP Rep. Jim Jordan of Ohio.

Pelosi's opposition largely voted for Democratic Rep. Cheri Bustos of Illinois or other Democrats, while three chose no candidate at all.

Here's a breakdown of which members broke from the rest of their party:

Democrats who chose other names

Democrats who voted 'present' or 'no'