The fire broke out inside a unit in the 200 block of Forester Court off of Wilkinson Road just before 4:30 p.m. 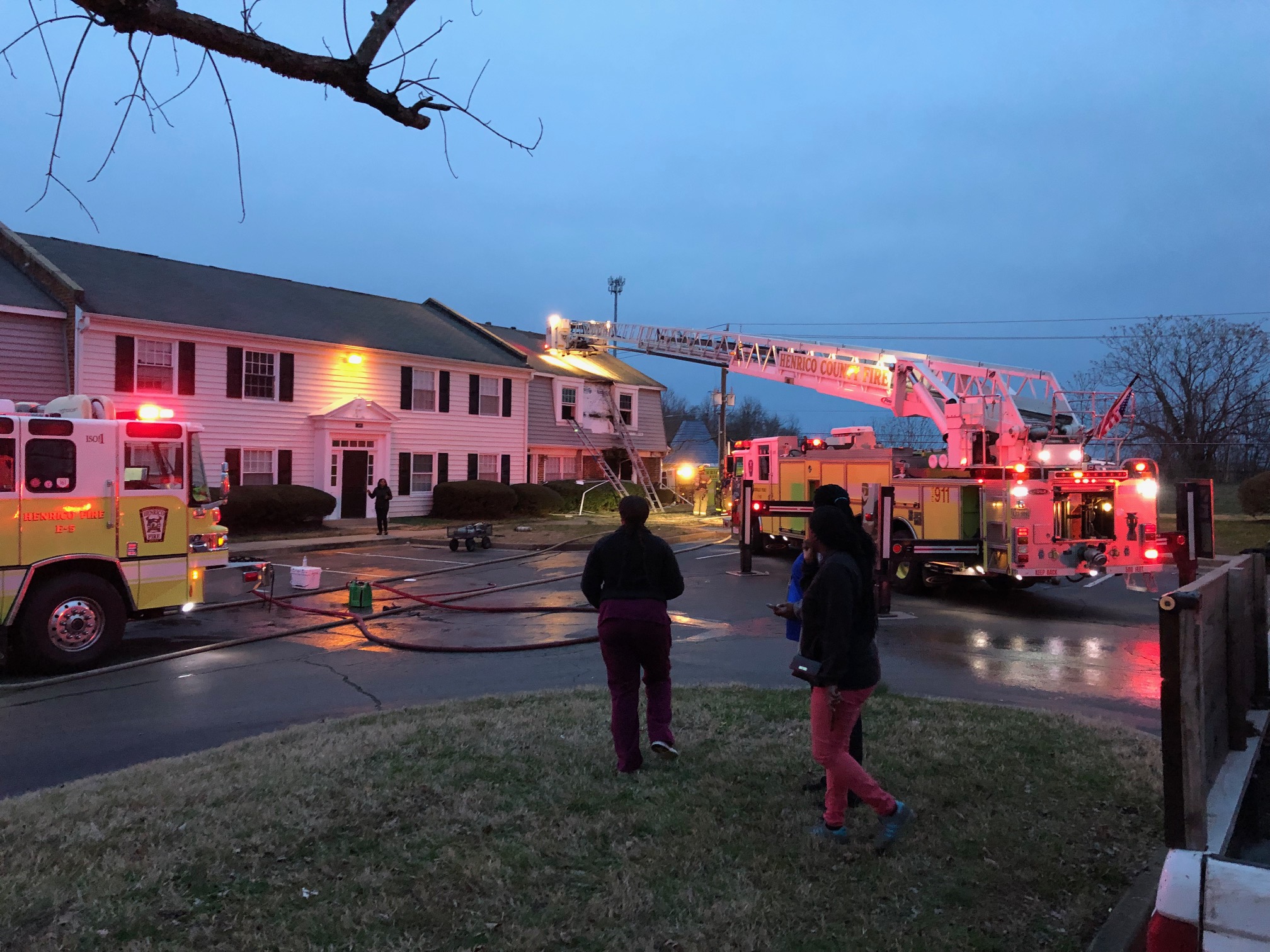 Video submitted to WTVR CBS 6 showed heavy fire coming from the first floor of a unit.

Investigators at the scene said the apartment, which was vacant, had significant damage.

Firefighters found fire shooting from the windows of the first floor of the two-story home and utilized chainsaws to cut open portions of the exterior wall to find and extinguish fire that had gotten inside the walls.

No residents, pets or firefighters were injured in the blaze and the displaced residents will not be needing Red Cross assistance.

Three people who live next to the apartment were displaced because of smoke.