A driver has been charged with hitting a Henrico police vehicle that was stopped, working an accident near eastbound I-64 at the 192-mile marker.

Virginia State Police says a preliminary investigation reveals that the officer had his emergency equipment activated. 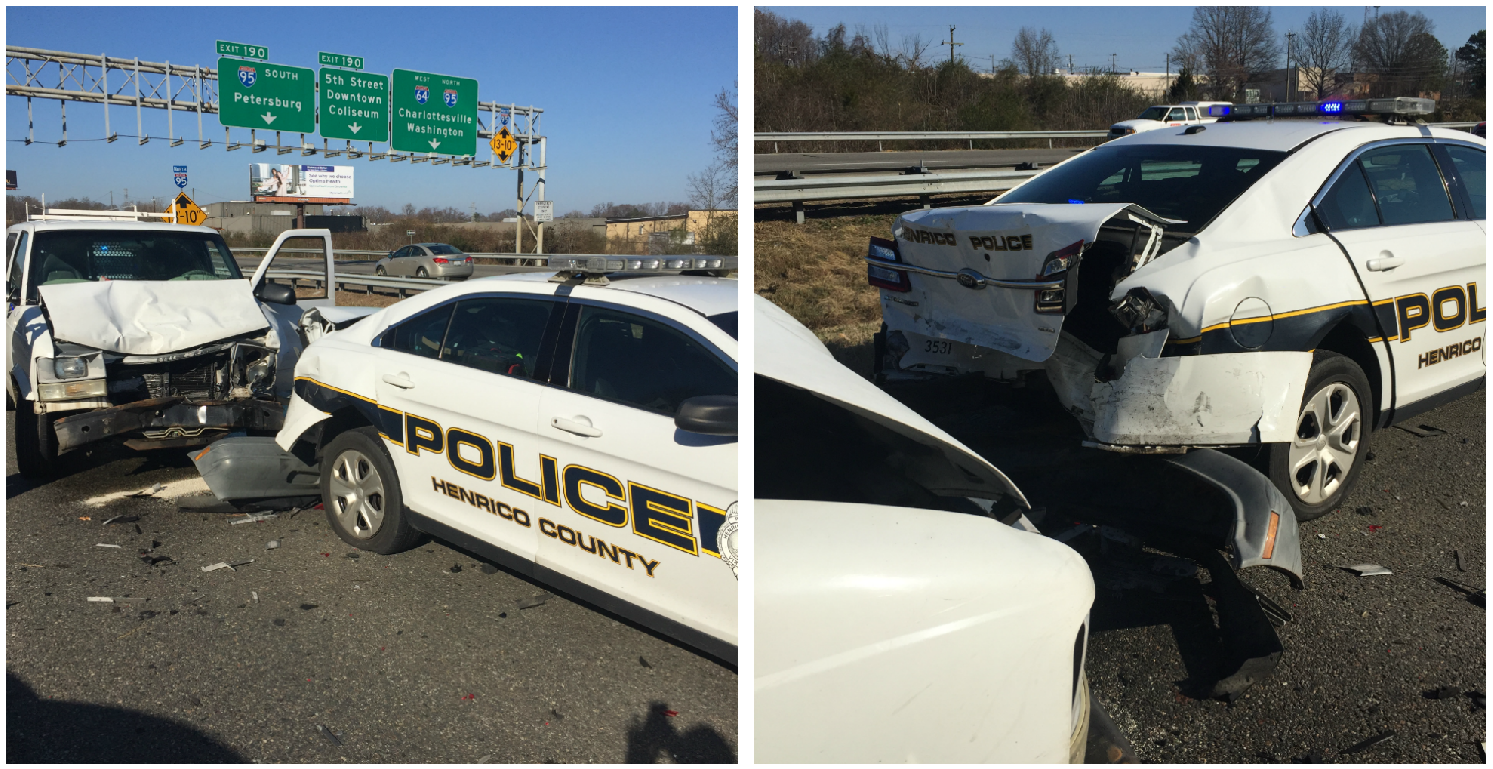 “A GMC Astro van traveling eastbound struck the officer in the rear of his squad car.  The officer was in the vehicle at the time it was struck,” said a state police spokesperson.

The Henrico officer was transported to the hospital with minor injuries.

“We were fortunate the driver of that vehicle and our officer only suffered minor injuries, but this could have been avoided, so remember, moving over is the law,” said Lt. Hummel.

The driver of the van, John Omalley, 29, of Grimstead, Va., has been charged with reckless driving.