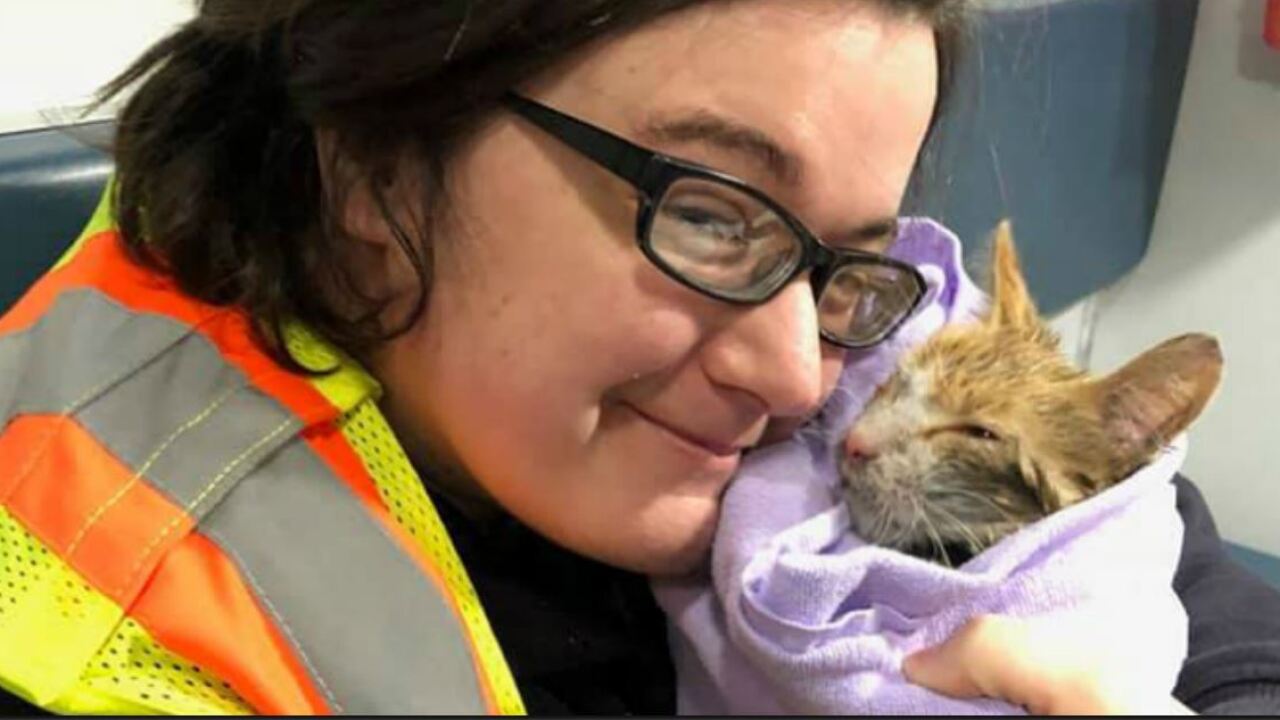 RICHMOND, Va. — The Richmond Ambulance Authority (RAA) gave a shout out to two crew members following a weekend fire in the City of Richmond.

Richmond Firefighters rescued a kitten from the fire and handed him over to RAA.

“He was shaking and breathing a little fast at first with soot in his nose so they [Maggie and Heather] gave him some oxygen and listened to his lungs,” RAA posted on Facebook. “His lungs were clear. Heather rolled him up in blanket calling it a ‘purrito’ to keep him warm.”

The kitten was eventually handed over to Richmond Animal Care and Control in stable condition.