Van smashes into New Kent Pizza Hut; no one injured

NEW KENT COUNTY, Va. -- Deputies said the driver of the van that crashed into the Pizza Hut in New Kent County Sunday afternoon has been charged with reckless driving.

The crash happened around 3 p.m. at the Pizza Hut that adjoins the Star Express convenience store and gas station along the 2600 block of 20 New Kent Highway.

"Thankfully no one was injured but the Pizza Hut in Quinton now has a drive thru," New Kent County Sheriff's Office officials posted on Facebook just after 5 p.m. "All jokes aside this could have been much worse."

Deputies said Star Express was allowed to re-open after it was checked out by an inspector for damage.

However, officials said the Pizza Hut will remain closed for "an undetermined amount of time."

There is no word on what caused the driver to crash into the building. 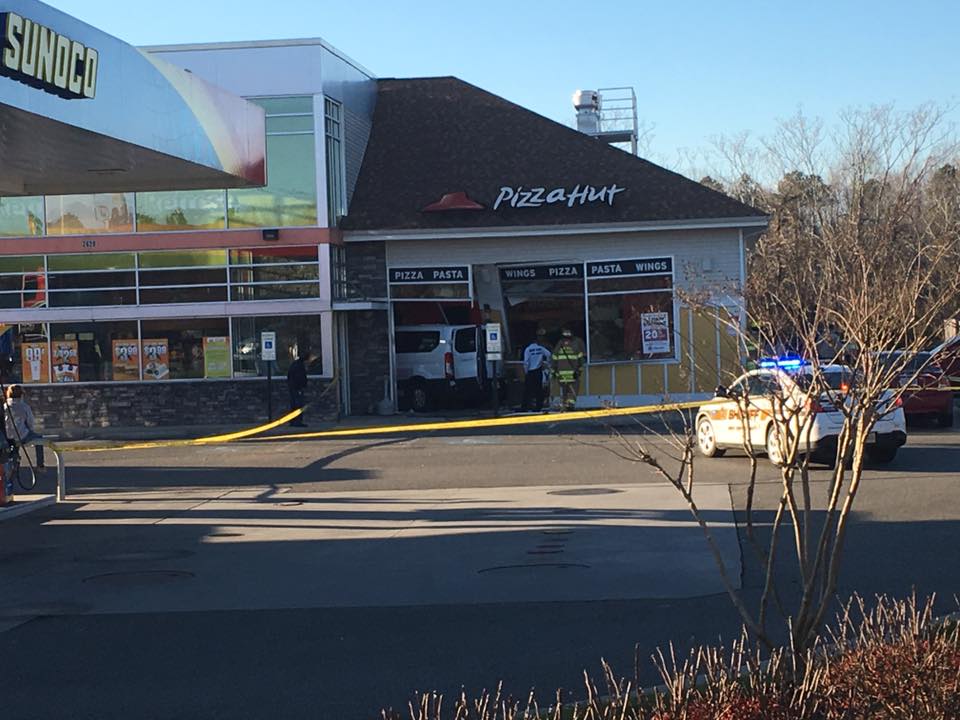