Chesterfield couple goes all out for Christmas: ‘This is part of life for us now’ 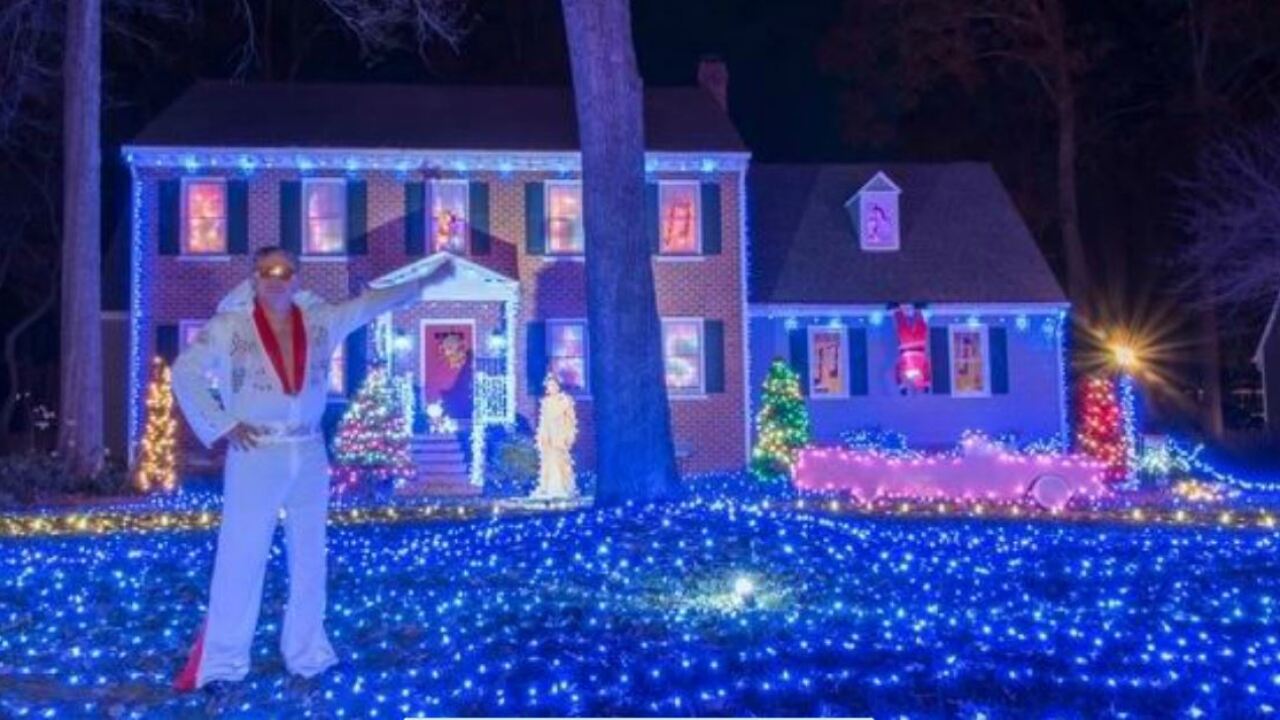 CHESTERFIELD COUNTY, Va. — When DMV employees Katy and Tom Mustian bought their home in Walton Park, a friend in the Midlothian neighborhood gave them fair warning:

“You know that’s Christmas Court,” the friend told Katy in a text exchange, referring to the nickname bestowed upon the neighborhood’s Dawnridge Court, a dead-end street on which nearly every house is decorated each year with Christmas light displays.

“We said, ‘OK, we can do that, no big deal,’” Katy said. “We moved in in June and had made some plans to do some Christmas decorating. The week of Thanksgiving, we went on vacation, and when we got home, we pull onto our street and the whole street is lit up, except our dark house.”

Six years later, the Mustians – who both work at the Department of Motor Vehicles headquarters on Broad Street – have not traveled for Thanksgiving since.

“This is part of life for us now,” said Katy, who works in the DMV’s communications office. “We can no longer travel over Thanksgiving because of this. We learned our lesson.”

The couple – Tom is a special agent in DMV’s law enforcement division – have embraced their street’s annual tradition, along with essentially all of their Dawnridge Court neighbors.

While they do it for fun, it comes at a cost, with the Mustians varying their light displays each year with different themes, typically nautical in nature, that involve months of planning and budgeting – not unlike a business.

Tom said they’ve had as many as 70,000 lights adorn their house, with additional wooden displays he built himself, such as their signature shark that looks like it’s popping out of the ground and, last year, a to-scale pink Cadillac when they went with an Elvis “Blue Christmas” theme.