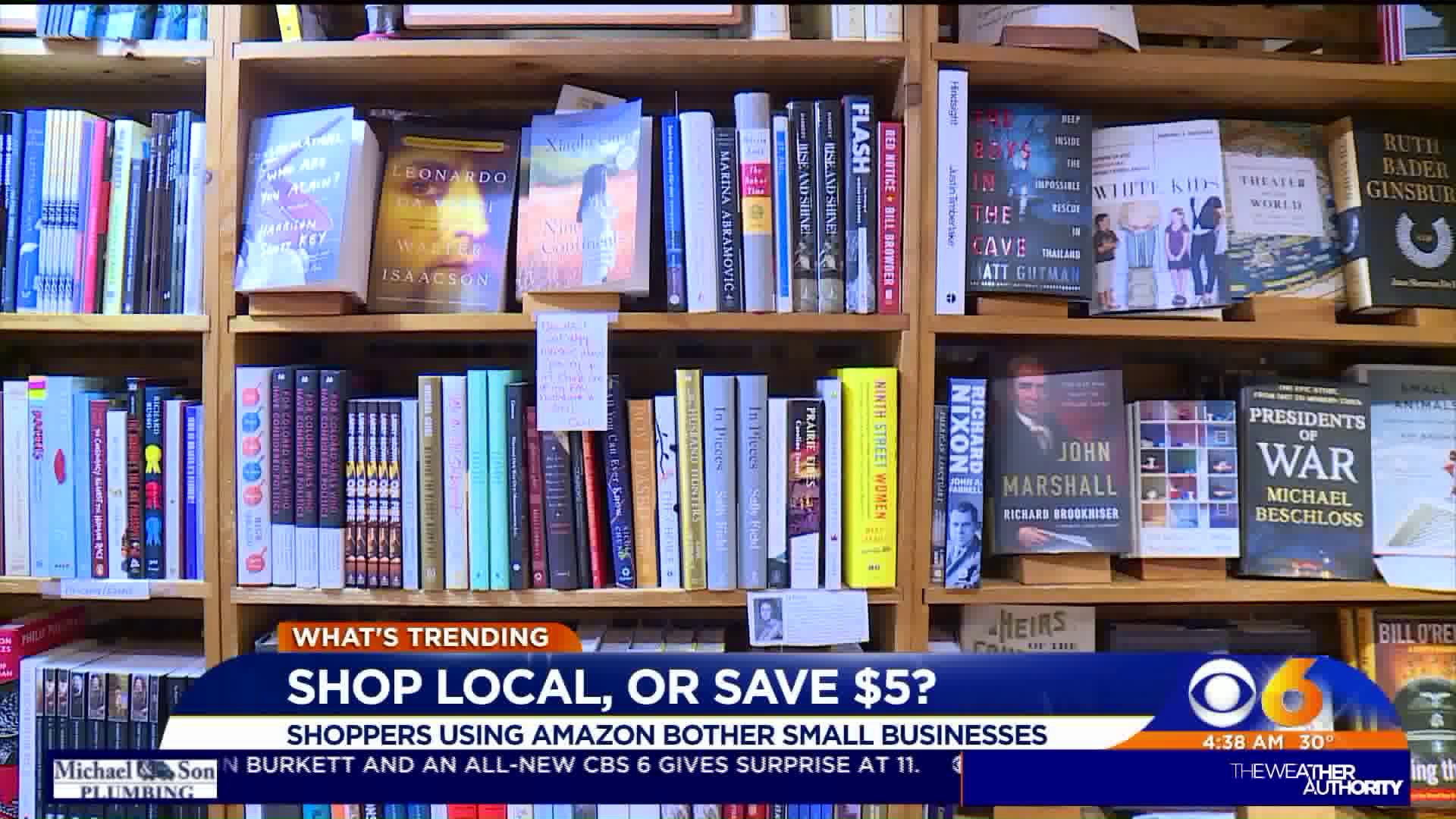 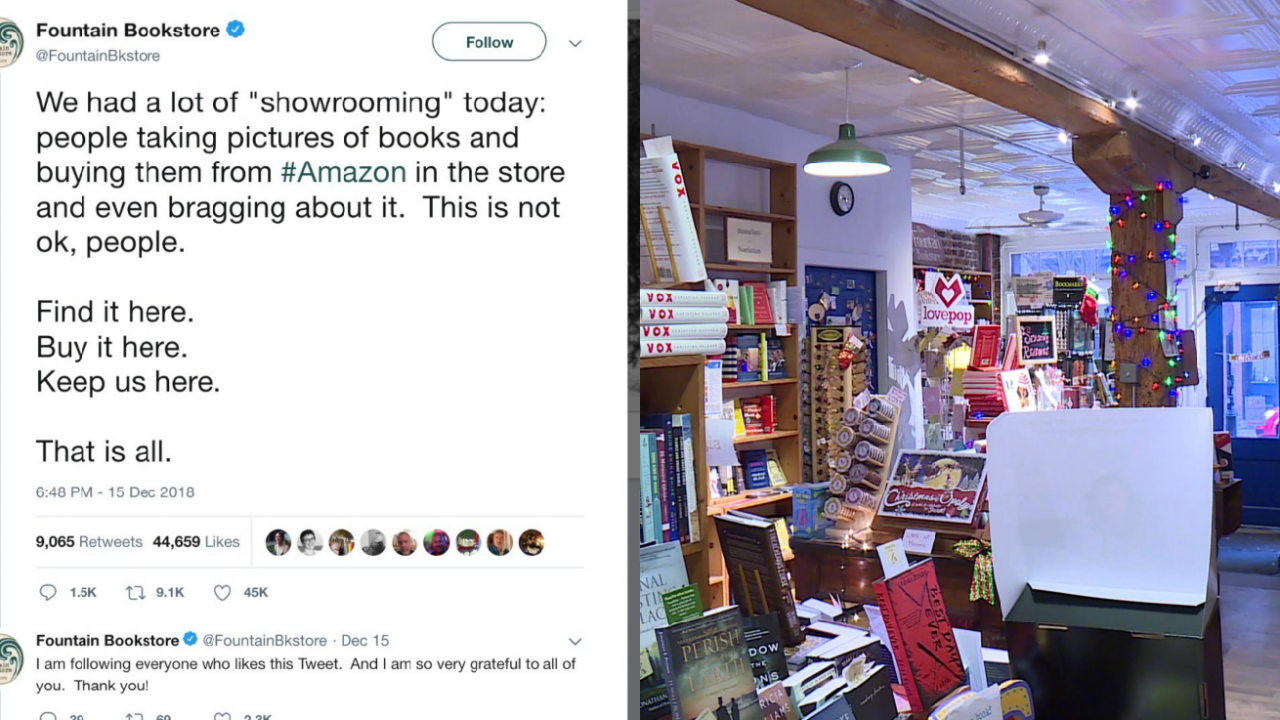 Kelly Justice, owner of Fountain Bookstore, described "showrooming" as "people taking pictures of books and buying them from Amazon in the store and even bragging about it. This is not ok, people." The tweet, posted on Saturday, garnered thousands of retweets and likes.

We had a lot of "showrooming" today: people taking pictures of books and buying them from #Amazon in the store and even bragging about it. This is not ok, people.

Find it here.
Buy it here.
Keep us here.

"It does affect us. We aren’t machines. We are real people who are passionate about our jobs," Justice stated. " Buy it from Amazon or some other online retailer we don’t get to be here anymore."

Justice described the business that she purchased in January 2008 as one that welcomes everyone in the community.

She said she didn't mind if customers took pictures of books to purchase from her business in the future. Justice was upset when one customer openly bragged that she could find a better deal online.