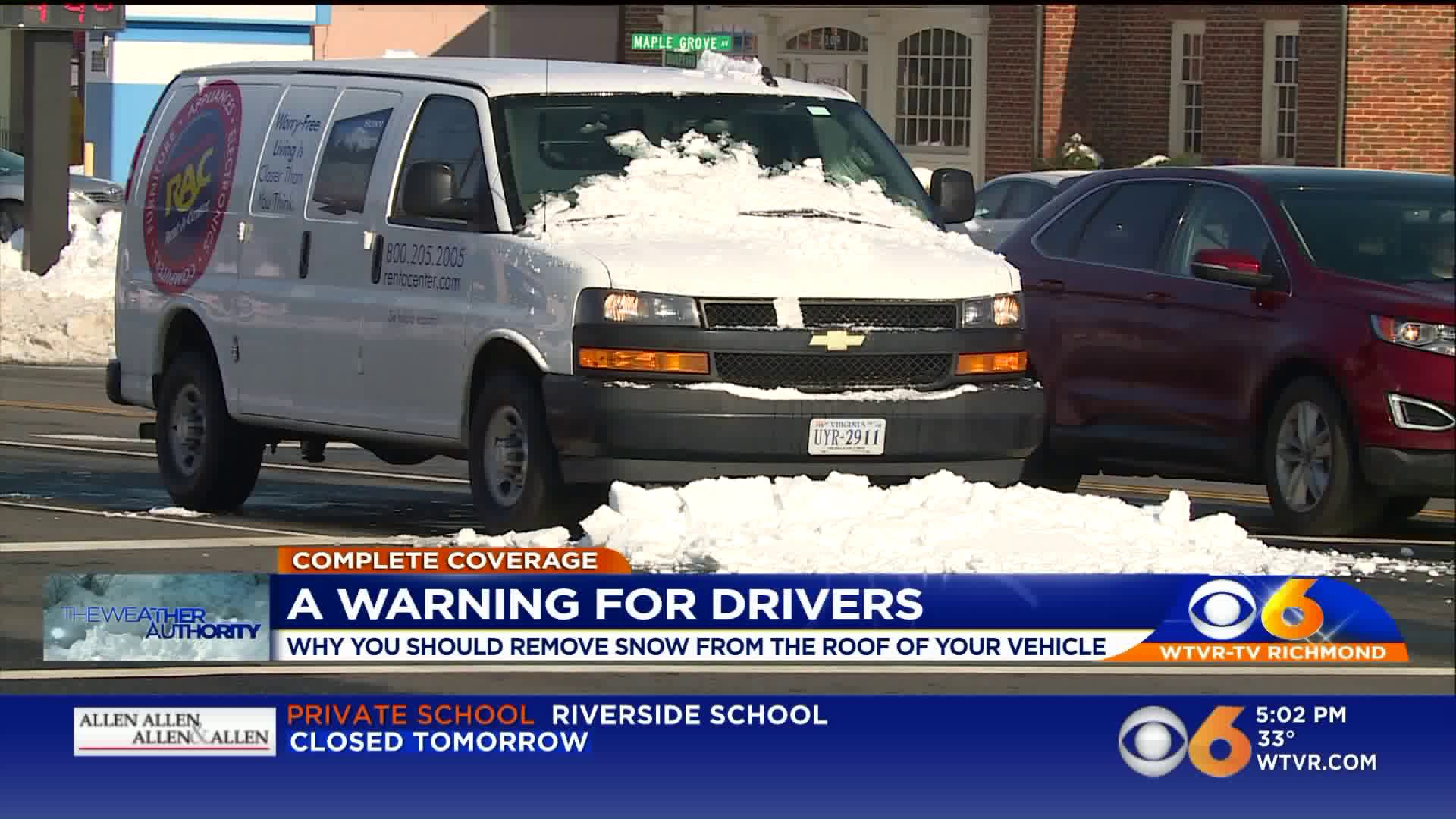 COLONIAL HEIGHTS, Va. -- If you've ever driven after a snowstorm, you've seen it, a sheet of ice or snow flying off the roof of a car, into the air and you don't know where it's going to land.

Here in the Commonwealth, it's not illegal to not clean off your car, but some believe it should be.

"I was an unfortunate victim," said Chris Wilmoth, remembering January 2016. "A sheet of ice flew off their truck into my lane and impaled the front of my truck," said Wilmoth.

"It shook me up pretty bad," he added.

It's something Wilmoth can't forget as he faces oncoming traffic after a heavy snow.

Wilmoth now believes there should be a law or some type of legislation to prevent it from happening to him and others.

But proposed legislation in January to make it illegal to drive with snow on top of vehicles, and imposed a $100 fine for not removing the snow.

"Winter roads are already dangerous with snow and ice, I believe each of us can help make them a little bit safer by doing our part and clearing the snow from our cars," said Mullins. "Unfortunately, HB 207 did not pass and was left in the Transportation Committee. It is my hope that more people will clean off their cars and keep us all safer on the road."

"Just this week we've probably already got three claims from ice coming off vehicles," he explained.

"All you have to do is spend a little bit of time cleaning your whole car off and this can be avoided."