LOUISA COUNTY, Va -- Troopers are searching for the driver who fled the scene of a head-on crash that sent four people and an infant to the hospital last weekend in Louisa County.

Sgt. Keeli L. Hill with Virginia State Police said the wreck happened along on Route 33 not far from Willow Brook Road around 5:40 p.m. on Saturday, Dec. 1.

"The trooper's preliminary investigation reveals that a 2012 Dodge Charger driven by a male, was traveling westbound on Route 33 when he crossed the center line coming into a curve and struck a 2012 Scion head on," Hill said.

Hill said the male driver of the Charger ran off on foot and remains on the loose. Two other men in the car were taken to an area hospital with serious injuries.

Additionally, the 19-year-old female driver of the Scion, a 16-year-old passenger and 5-month-old infant was taken to an area hospital with serious injuries. The infant was in a child safety seat, but the 19 and 16-year-old were not wearing seat belts, troopers said.

Family: Baby had 'only a scratch' after head-on crash

Family members have identified the teenage victims in the Scion as sisters Inna and Natalie Fomin.

According to a GoFundMe account, the three were headed to a youth gathering when the driver "swerved into their lane."

"By God's miracle, baby Adeline was left with only a scratch," the post reads.

However, the crash left Natalie and Inna critically injured, according to the post.

In fact, Inna underwent a six-hour surgery on Thursday and faces a "very long road to recovery," according to the post.

"The surgeon was able to decompress the nerves and repair most of the sacrum with screws," the post reads. "Unfortunately from the major breakage she has permanent nerve damage... Only time will tell if the rest of her nervous function will be restored." 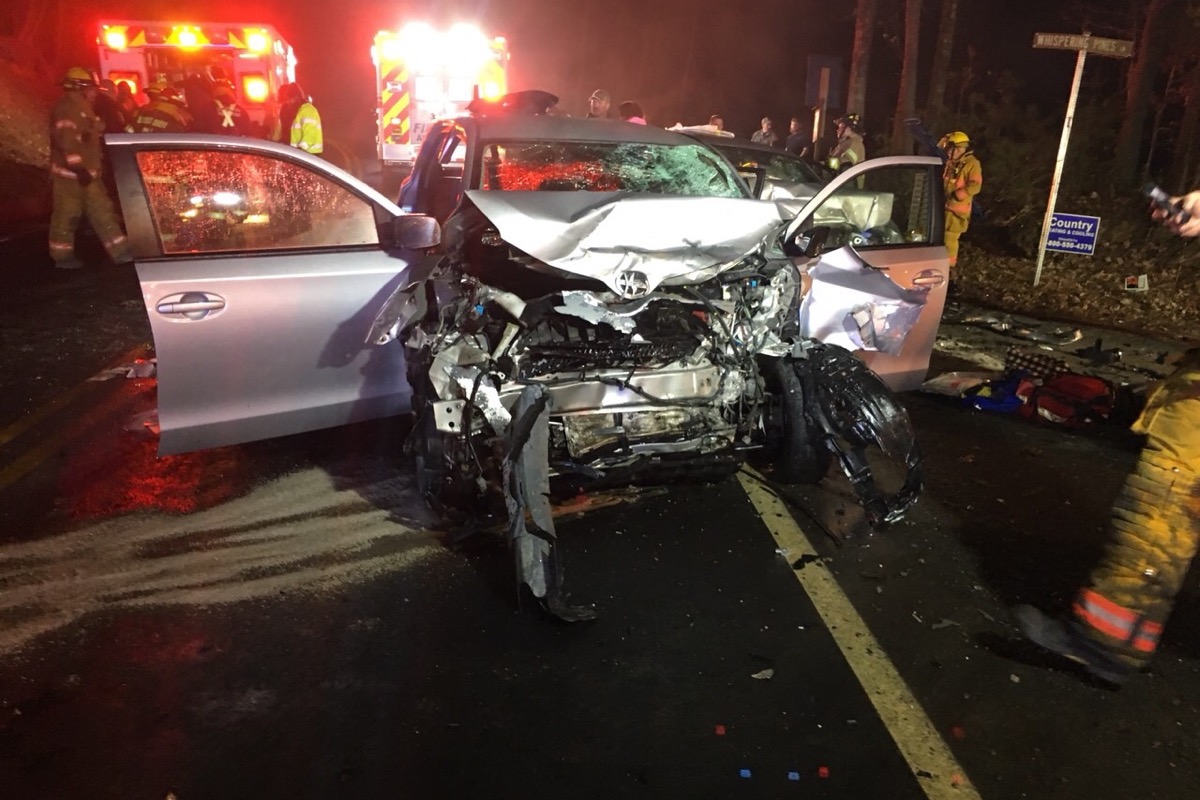 Natalie remains in a coma but "is getting stronger and more responsive," according to that post.

The proceeds of the GoFundMe account will go to the girls' father, who is the pastor at Slavic Evangelical Church, "to relieve the family of the financial burden that comes with this horrific accident."

At last check Saturday afternoon more than $29,500 had been raised for the family.

"We ask that you continue to keep our Pastor and his daughters in your prayers in this time of need," the post reads. "Please continue to pray for the upcoming surgeries of Natalie and the healing of Inna’s nervous function."

Hill said that charges are pending against the driver of the Charger.