NEW KENT COUNTY, Va. -- While some people are throwing out old pumpkins after the Thanksgiving and Halloween holidays, others are stocking up on them.

For the last three years, Chesterfield resident Dave Lipp and his friends, Brooke Gilbert and Chan Mohney, have been collecting pumpkins to donate to the New Hope Rescue in New Kent.

"I've probably gotten one hundred emails from people saying, I've got one pumpkin. I've got some, come pick them up," said Lipp.

The team loaded two truck-loads and an additional vehicle full of pumpkins in Chesterfield before transporting them to the rescue Sunday.

When the bounty arrived, dozens of rescued animals were ready for their afternoon snack.

"Most all the farm grazing-type animals will eat pumpkins," James Priest said. "And even the chickens and turkeys will eat them,"

He  is married to the woman who runs New Hope Rescue, Lori Priest.

"Horses and large animals -- pretty much any critter that needs rescuing, she'll rescue it," Priest said of his wife Lori.

How cool is this!? Instead of throwing out old pumpkins, some people in Chesterfield are collecting hundreds of them to donate to New Hope Animal Rescue in New Kent. The animals love them! @CBS6 pic.twitter.com/zskbPrpGUf

"A lot of these animals come here with no future, or in desperate conditions, and she will bring them back to health -- revitalize them," Priest said.

He said the organization relies on donations like these pumpkins to operate.

"Today we probably brought down close to 300 and we brought down 250 in the past week or two," said Lipp. "No day is a good day unless you've done an act of kindness, and this is a wonderful act of kindness. And everybody donating pumpkins makes it easy on us."

Click here if you would like to learn more about New Hope Rescue or make a donation. 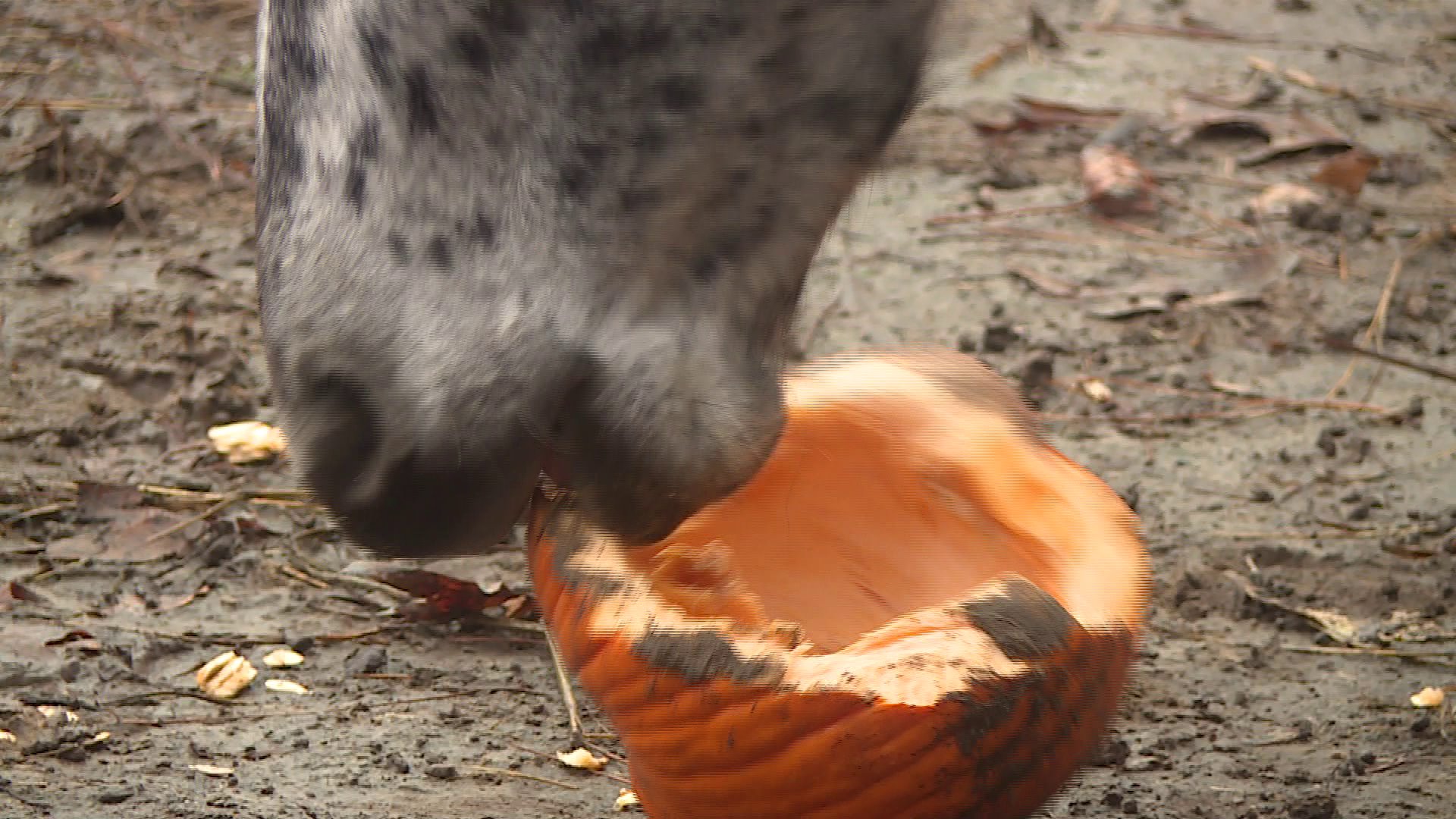