Dinwiddie man drags his love from burning home: ‘I would have died getting her out’

DINWIDDIE COUNTY, Va. -- The love Anthony Moore has for Delores Palmer burns hotter than the fire that destroyed the couple's Dinwiddie County home. The couple lost most of their possessions in the Thursday morning fire.

But they still have each other.

"I won't coming out there without her," Moore said. "I would have died getting her out."

An electric space heater sparked the fire that burned their Williamson Road home, the couple said.

Moore said Palmer was in the kitchen when he spotted the fire.

By the time he warned her to move away, the fire had spread. 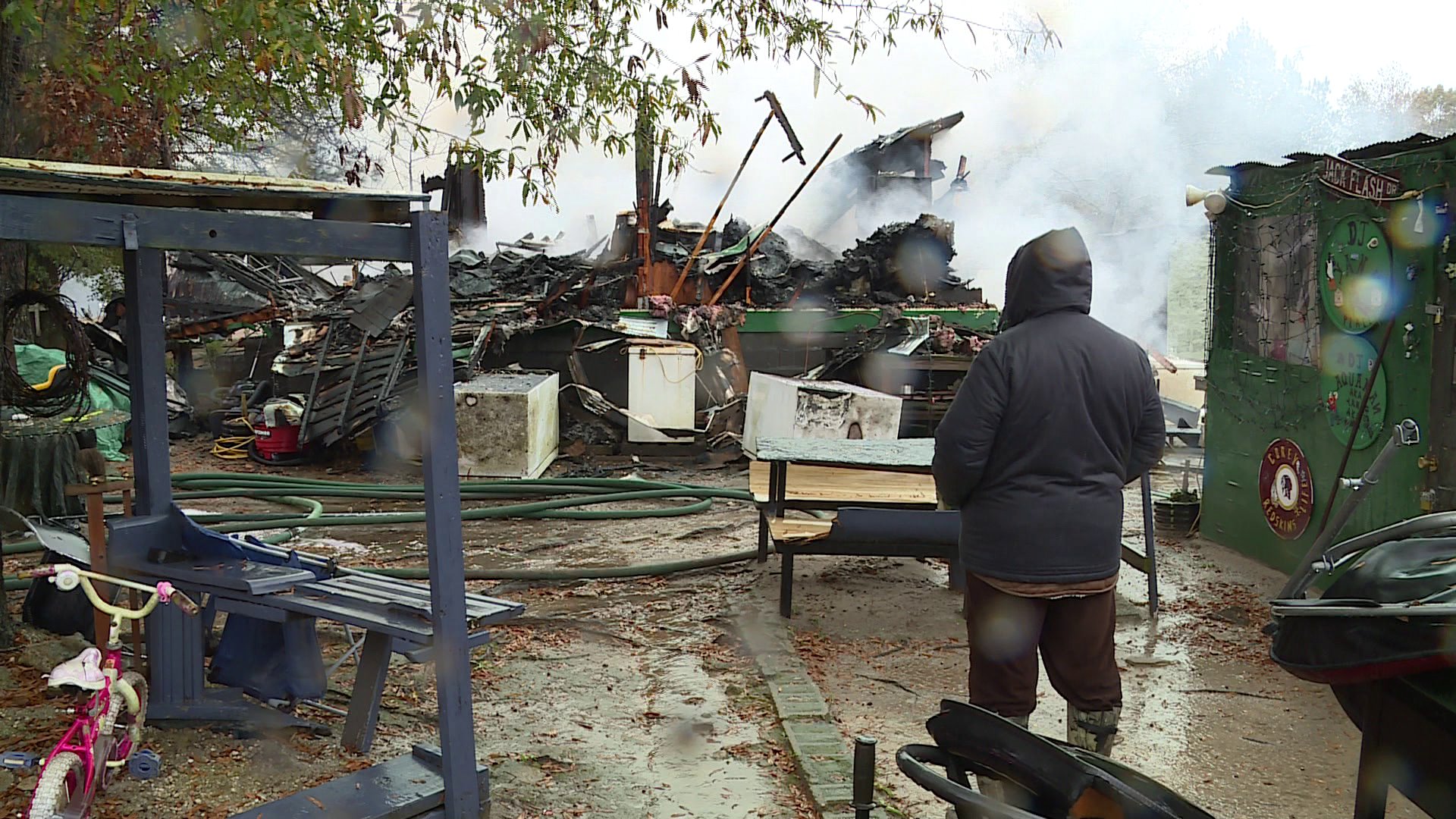 But when it was obvious the fire was not go out, Palmer refused to go outside.

"I told her come on, ain't no more we could do," Moore said. "But every time I tried to get her, she'd run back and the smoke had crowded us so bad."

"I was still trying to get in there to get my important things," she said.

But Moore was insistent that his love escape their burning home.

"I just asked God to let me drag her out of there, so that's what I did to get her our of there," he added.

While the couple -- who does not have any home owners' insurance -- lost their possessions, they were thankful to still have each other.

"I would have lost my life for her," Moore said. "That's how much I love her."

Scene of the fire