RICHMOND, Va. -- The largest flagpole in Virginia will soon fly an American flag over Interstate 95 in Chester. USA Iron and Metal will unfurl its new 40' x 76' American flag during a November 18 celebration outside the company's Coxendale Road headquarters.

The flag is one of the largest American flags in the nation, a company spokesperson said.

Jim Ingle with RJ Smith Construction is set to lead the project.

“I was able to go up to the top, and look out,” said Ingle. “You can see for miles up there. The whole city of Richmond.”

Monique and Richard Smith bought the property a few years ago.

"We picked the location because we realized it would give back to so many people who pass it every day,” said Richard Smith, owner of RJ Smith Companies.

"The flag will be visible for miles along one of the busiest transportation corridors in Virginia located at the intersection of Interstate 95 and Route 288," company spokesperson Rachel Fenton said. "The flag will be flown at all hours with night lighting for evening viewing." 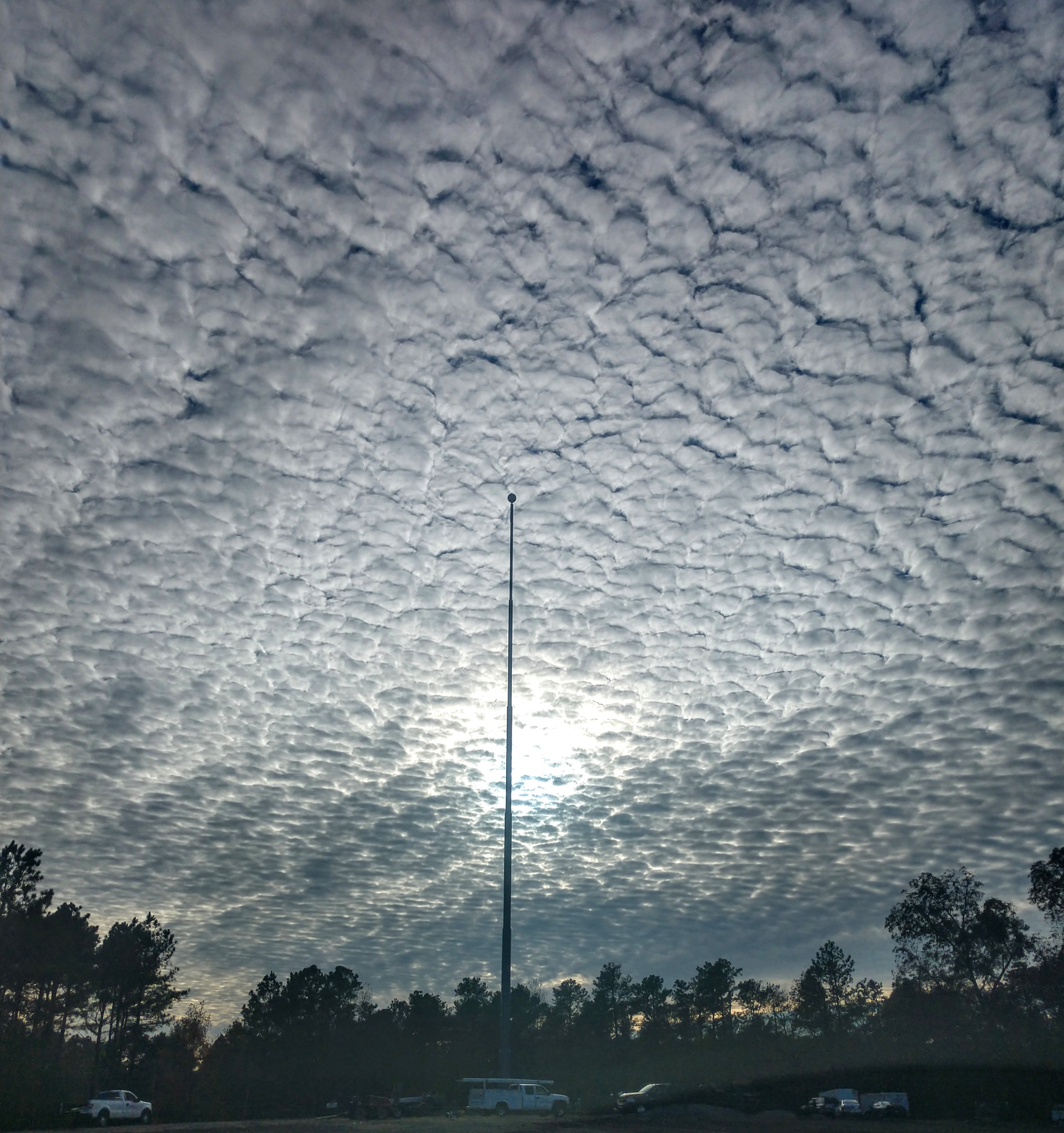 Around 5,000 people are expected to attend the event, which was originally scheduled over Veterans Day weekend. It was moved to November 18 as to not interfere with other Veterans Day ceremonies.

"The American flag symbolizes freedom and unity," Fenton added. "It is our way of showing our appreciation to those who put their lives on the line to give us the opportunities we have in this great country we live in."

Flags flying over I-95 have become an issue in Virginia over the last five years as the Virginia Flaggers have raised Memorial Battle Flags honoring Confederate history over interstates 95 and 64.

Fenton said her company's American flag raising was not in reaction to those flags, but rather a show of respect and appreciation to all Americans.