Terror of T-Rexes gallop for good cause at Henrico park 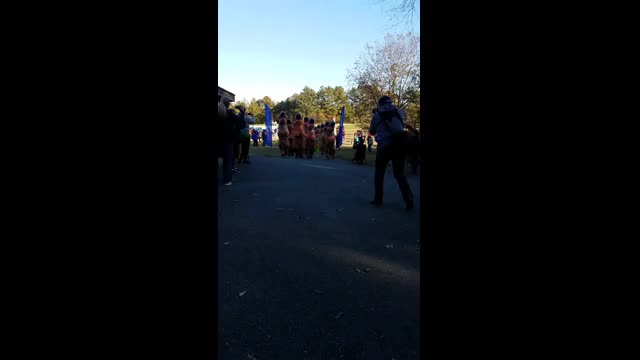 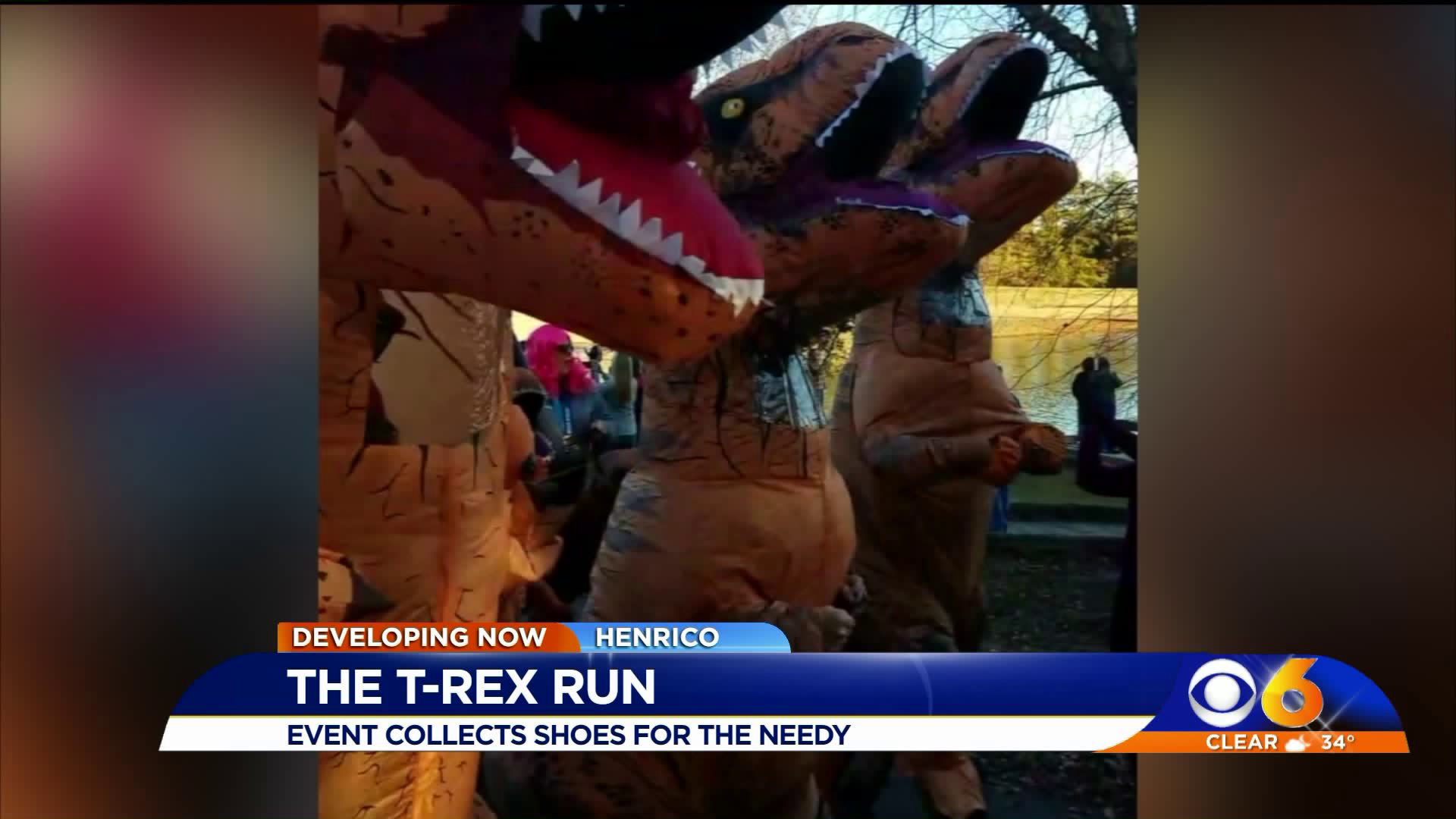 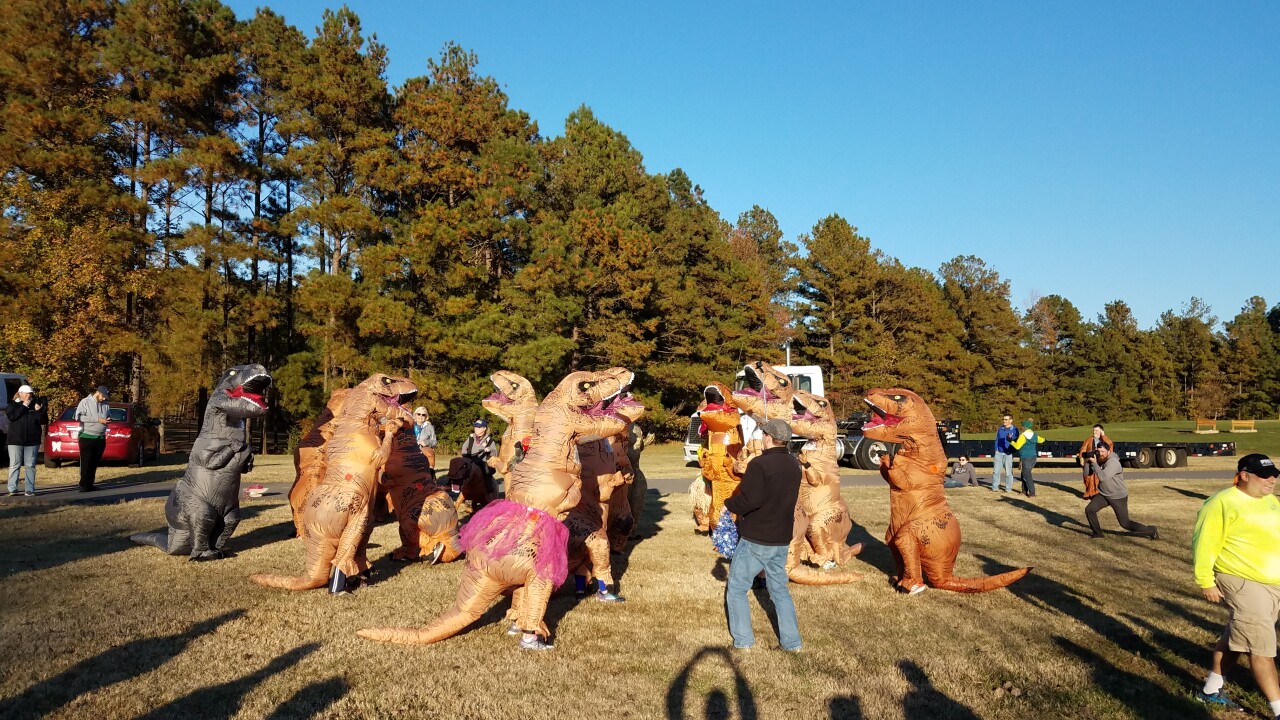 HENRICO COUNTY, Va. – After thousands of runners converged on Richmond for the Anthem Richmond Marathon on Saturday, folks donned T-Rex costumes for a good cause at Dorey Park in Henrico County Sunday afternoon.

About 40 members of the Richmond Road Runners Club sported inflatable T-Rex and T-Rex Jr. costumes for the first ever #TRexRVA run.

The herd or terror (the technical term for a group of T-Rexes) galloped along the four tenths of a mile course, which organizers said was "quite daunting" for people in an inflatable costume. 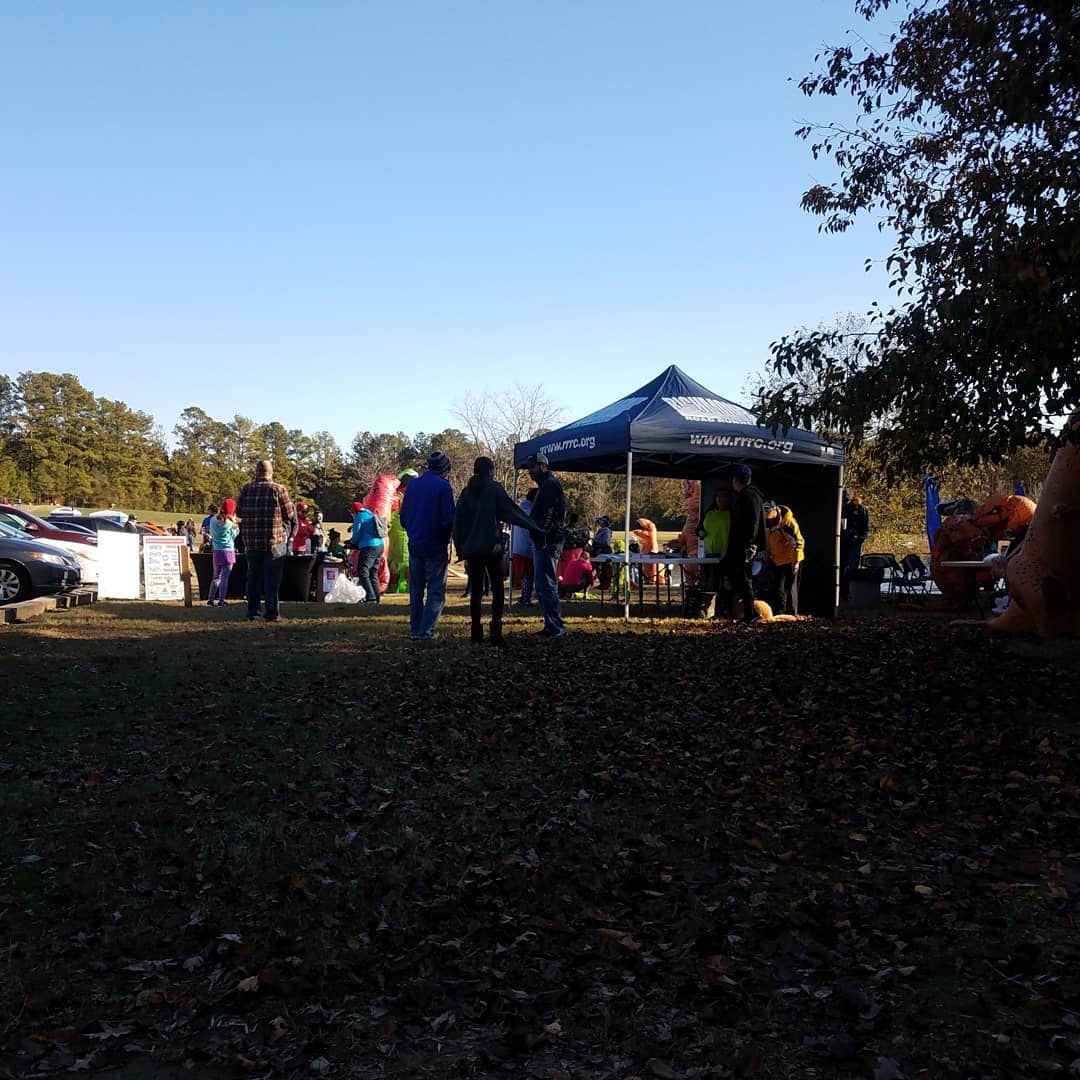 "Not only did we have some fun but we also collected shoes for those in need, that was campaign by our sponsor Good Run Research," said Chris Mason with Richmond Road Runners Club.

Organizers thanked B Fitness for their support and also the folks at the Henrico County Parks and Recreation for allowing the group to hold the race at the park.

The group plans to hold the event next year.