RICHMOND, Va. -- A Petersburg veteran was immortalized as the face of the Tuskegee Airmen at the Black History Museum and Cultural Center of Virginia in Richmond.

The museum unveiled a life-size statue of Howard Baugh on Saturday during a ceremony paid for by private donations to his non-profit group.

Baugh, who was born in Petersburg in 1920, trained as one of the iconic Tuskegee Airmen the first and only all African-American fighter group with one of the finest service records in World War II.

Baugh's son said his dad was just an ordinary man who did extraordinary things.

"He had heard that there were some people, a force that was going to build a statue in his honor and he laughed,” Howard Baugh Jr. said. “I said, ‘That's great.’ He says, ‘There's so many more that are more deserving than me.’ I said, ‘Not in my mind.’”

Baugh would go on to have a distinguished service, attaining the rank of lieutenant colonel and receiving numerous military honors before passing away in 2008. 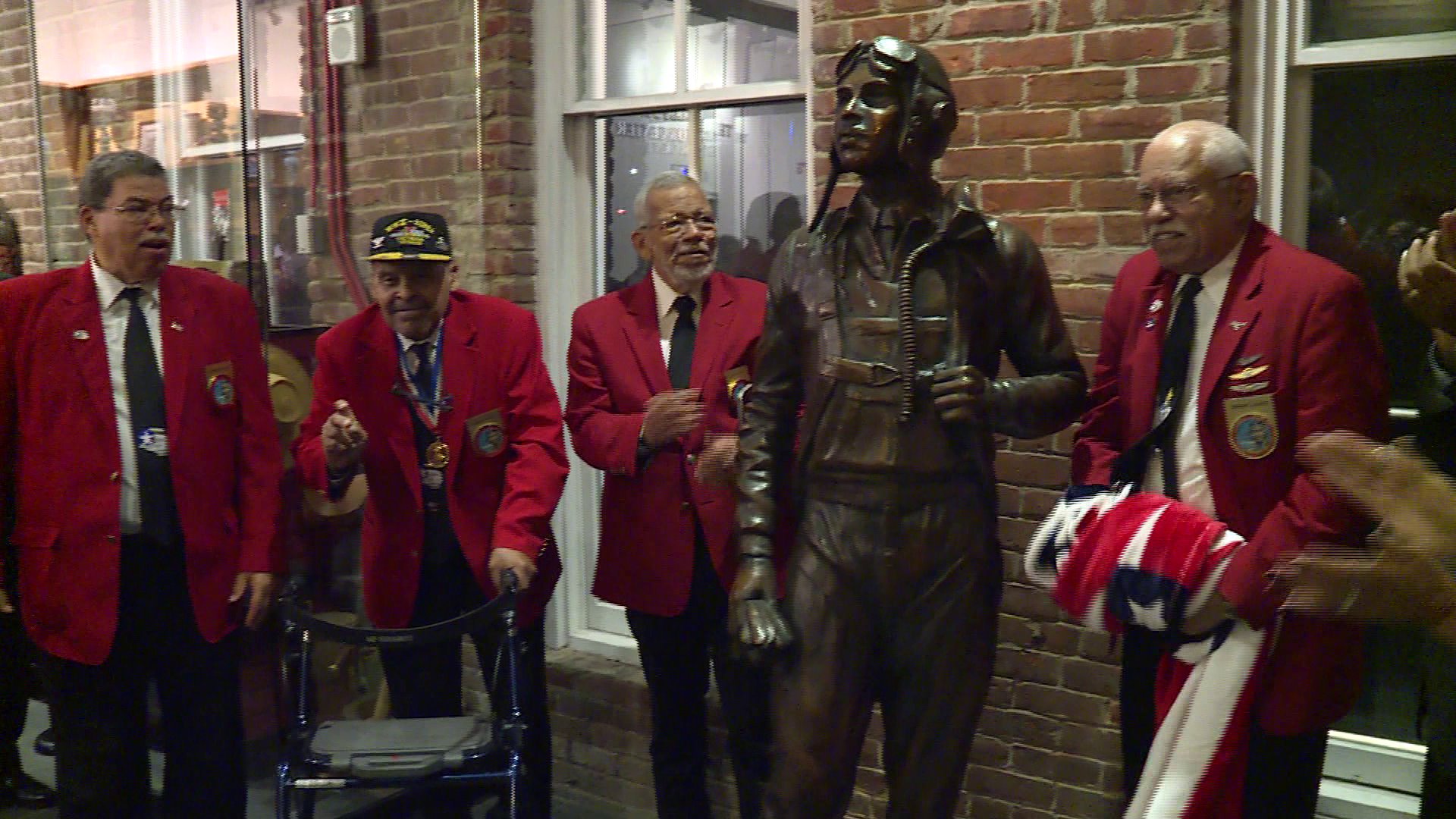