History sets sail not in the number of flights or days on deployment, but in the make-up of the carrier’s crew.

Logistics Specialist Kayleigh Pillay, from Mechanicsville, has been serving on the Bush for less than two months.

"I get lost all of the time," Pillay said. "But that is the best way to get around."

She is part of a rare group.

The carrier’s Executive Officer Chris Hill said his ship was carrying the largest contingent of women -- ever.

"Anything the ship needs we supply it," Kayleigh said. "We work 12-hour shifts, so it is a long day."

Kayleigh predicts even greater numbers of women to follow in her wake.

"We have the opportunity now and taking the step to do more," she said.

"I think it's something that people forget about, that women have been serving in Navy in the 1070s," Lt. Mattimore said. "I’d say to them for us to get back on board and see what our military is capable nowadays. We do some incredible missions."

She readily embraces young girls who look up to her.

"It’s the best experience I could ever have. I always wanted to be out at sea," Ready said. "There are so many jobs and so many specialties for anybody depending upon what you like anyone can serve in the military. It is exciting to be that role model for them."

Kayleigh Pillay says quiet time can be hard to find on the aircraft carrier.

"It's definitely far from home, but you make it your home," Pillay said. "I just take pride in that to serve my country."

But she couldn’t envision life without her second family.

"It is definitely an honor to serve with so many women," she said. 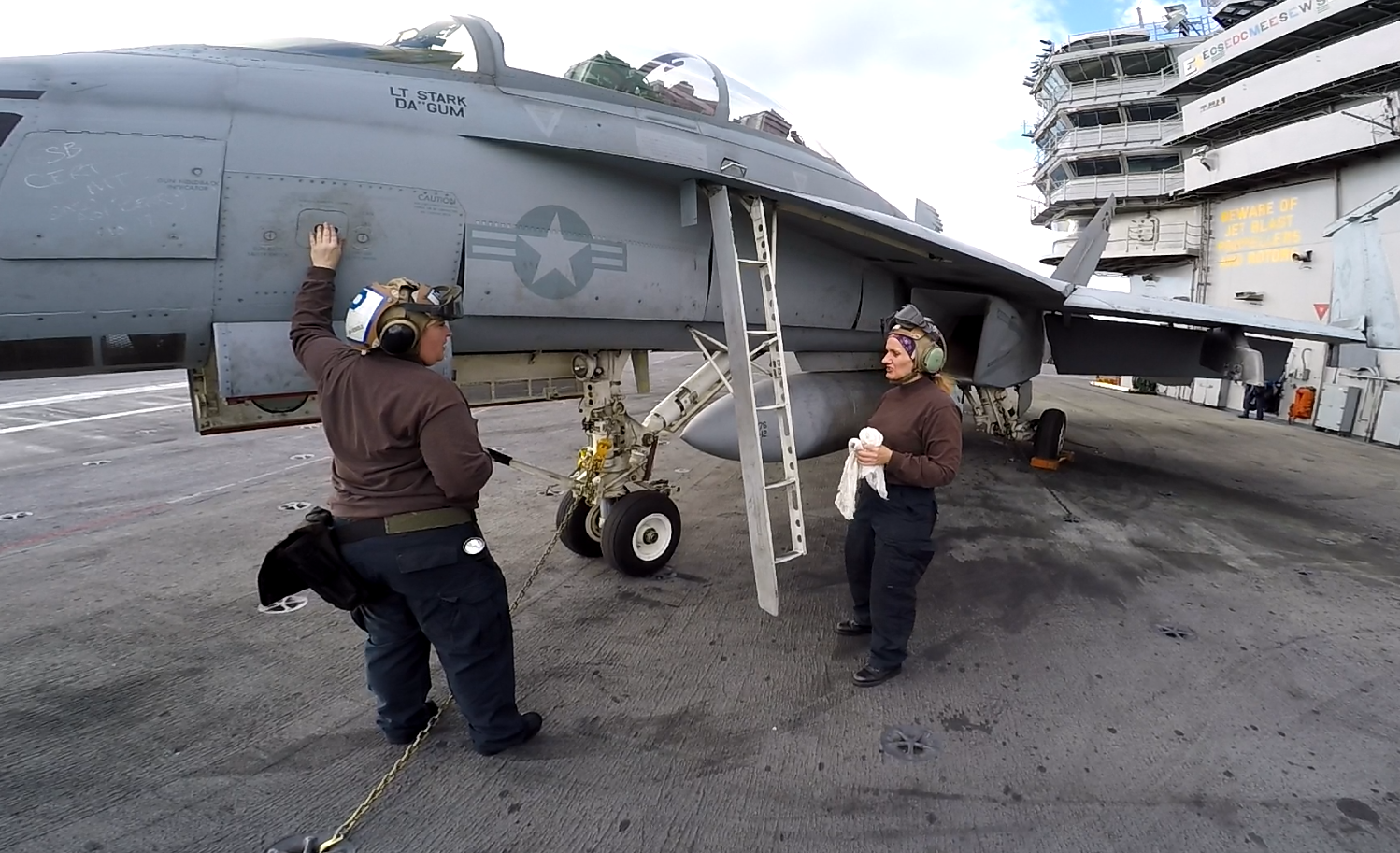 A diverse crew carving a new path in the sea.

“Not a lot of people get to do this so working around this and knowing that you’re supplying this to our Navy and our country is really an honor.”