Problem with Petersburg street irks neighbors: ‘You don’t know what’s in there’

PETERSBURG, Va. -- Neighbors said a very short street in Petersburg is a major problem because of standing water, mud, leaves and buckling pavement.

Folks on Oakland Street reached out to the CBS 6 Problem Solvers because they say something needs to be done to get rid of the water and the mud.

Henrietta Casey, who lives just four doors down from the mess, said the standing water is so bad that she now refuses to cross it. 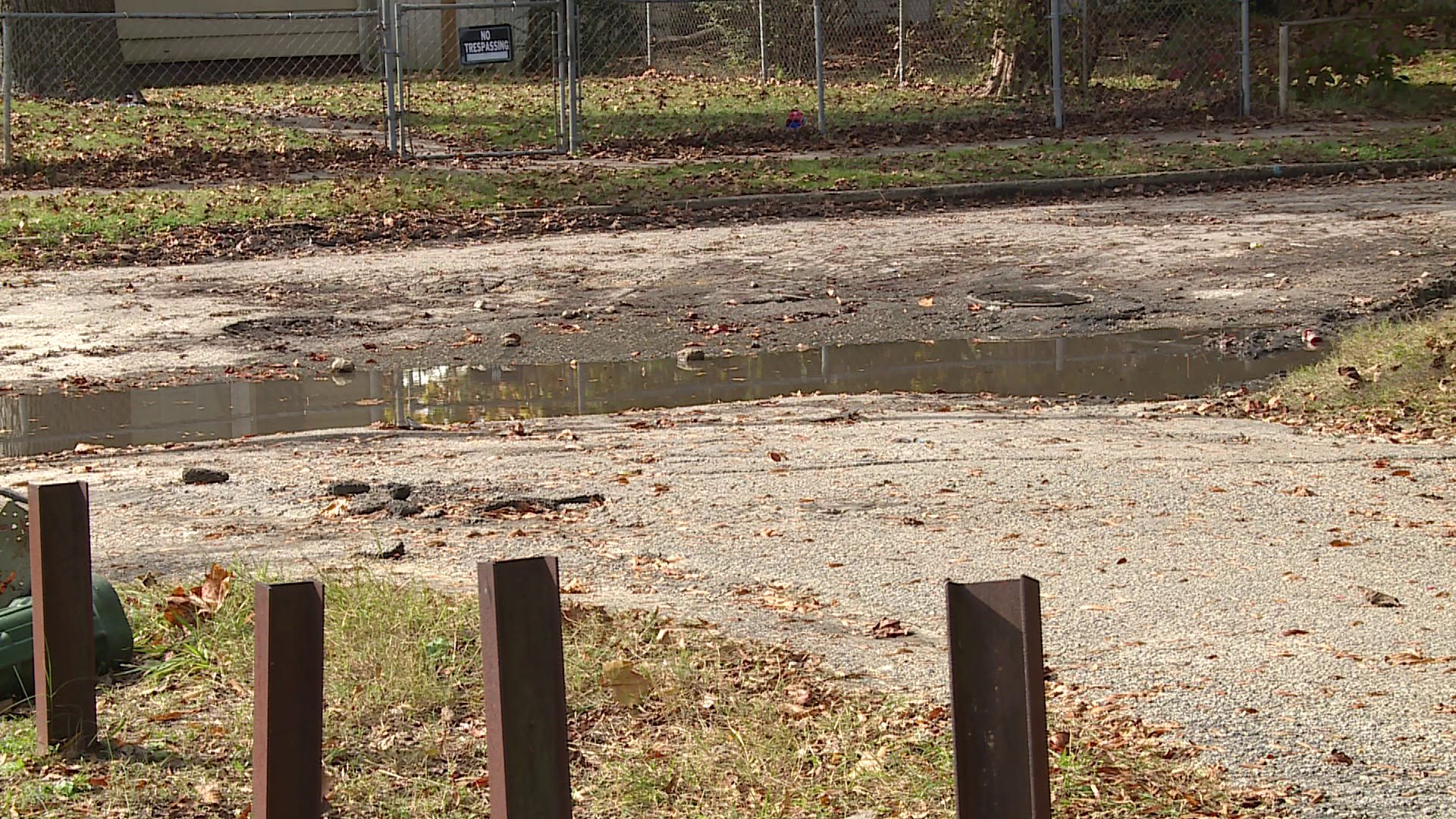 But it is not just muddy water in the road, there is also mud and water along the curb on both sides of the street.

"Whenever I come over here to check on my nieces, that water's always right there," said Angie Vaughn, who had just driven very slowly through the puddle. "You don't know if you're going to hit a hole, you don't know what's in there.  I mean anything could happen, especially this little car right here -- and I'm too old to be pushing anything out of no water."

CBS 6 senior reporter Wayne Covil reached out to Petersburg officials on Thursday. The Director of Public Works and Utilities and a street crew checked out the problem.

City officials said the problem should be fixed within the next two weeks, weather permitting.