CHESTERFIELD COUNTY, Va. -- Reckless and really lucky is how Crime Insider sources described the scene Tuesday night in Chester after a man accused of DUI was arrested after crashing his family minivan into a home off Tins Lane. But the story then took an unexpected detour, when the driver was pepper-sprayed after getting aggressive with a police officer.

The officer was taking Gregory Carter to jail when Carter became belligerent in the patrol car, according to Crime Insider sources. When the officer pulled over on Iron Bridge Road to calm Carter down, Carter allegedly assaulted the officer. The officer pepper-sprayed Carter to restore order and take him to jail.

"He was drunk, guy was belligerent, trying to get out of the handcuffs," said Terry Washington whose Chester home was damaged in the incident.

Washington said she knew election night would be eventful, she just thought it would be on TV.

"I was up in my spare room watching election coverage and all of the sudden I heard a crash,” said Washington. “My house shifted. I thought it was an earthquake... It was wedged into my house and still running." 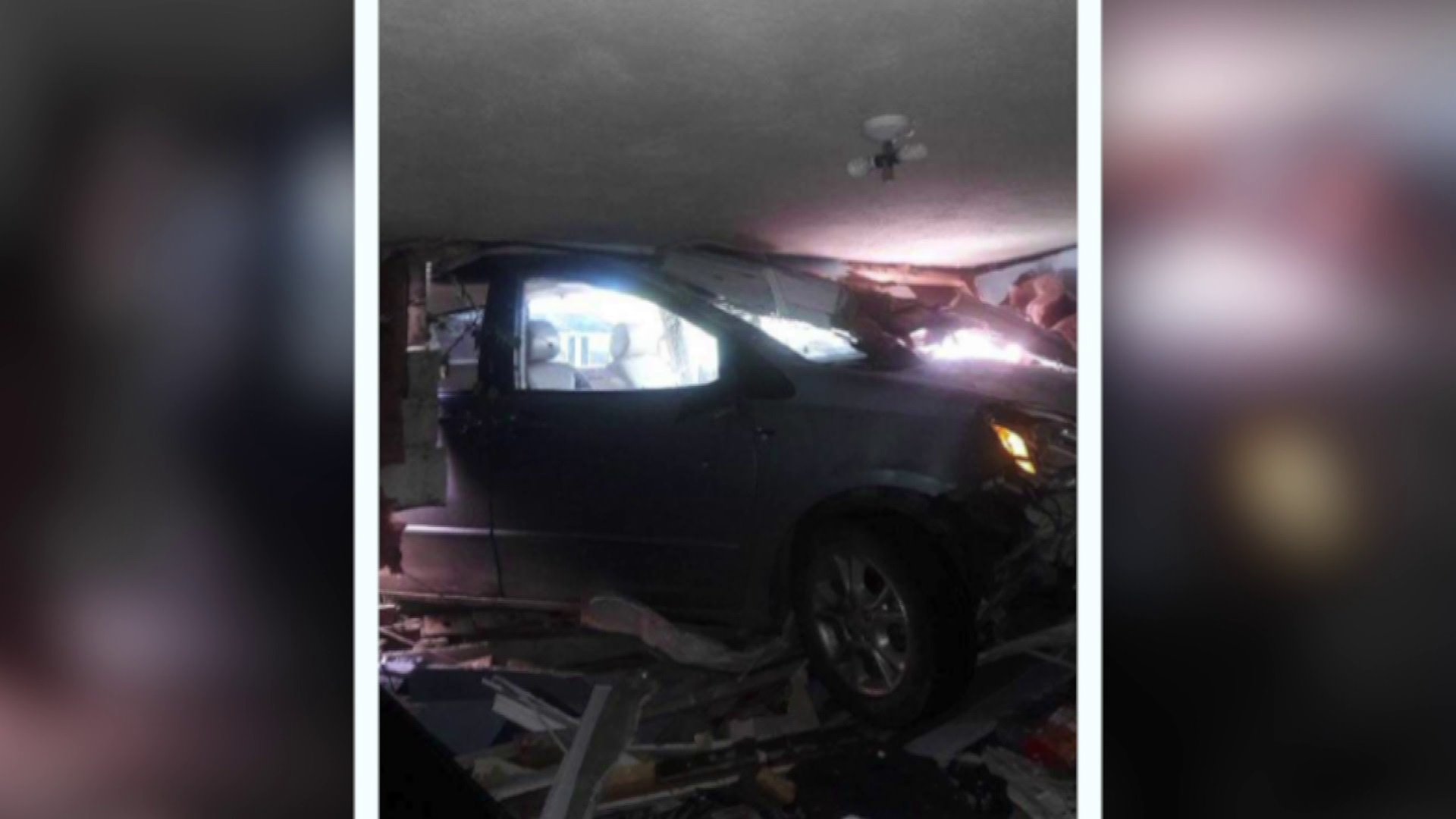 Nerves were rattled, but no one was hurt.

Washington said she is blessed her husband was late coming home from work.

"It was my husband’s man-cave,” she said. “He would've been sitting down there in his recliner watching TV. That's where the van went on the recliner."

The minivan was left in the house overnight for fear the structure would collapse. As of Wednesday afternoon, the hole was boarded up.

The damage had been boarded up Wednesday afternoon.

Washington said the suspect’s wife came by to apologize to apologize Wednesday afternoon. She said the woman’s tears seemed genuine and she that hopes her husband gets help.

“Maybe this is what he needed to get clean, live a better life you know,” she said. “He has children to raise."

Washington pointed out that Carter was about five inches from a much different story: he just missed a giant tree in her yard.

The home is condemned until building inspectors can determine their next step.