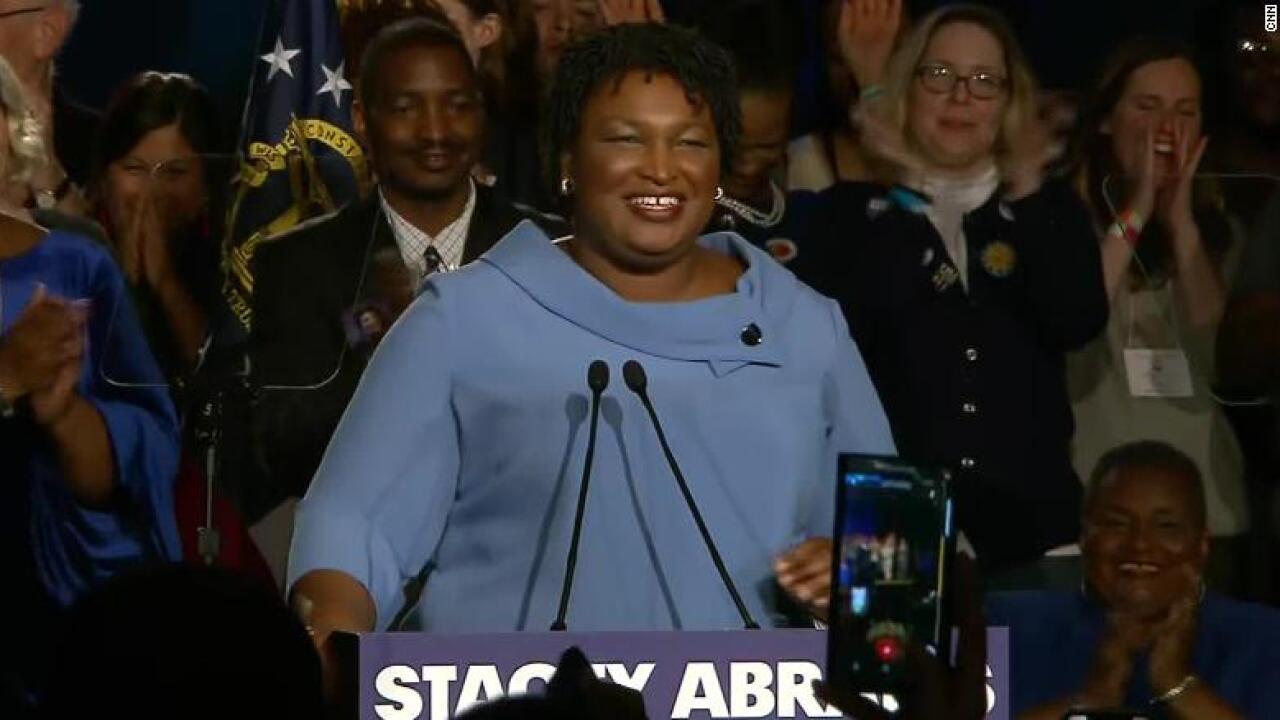 Democratic candidate Stacey Abrams is not conceding the Georgia governor’s race to Republican candidate Brian Kemp, arguing that the high stakes contest is too close to call with the possibility of a runoff next month.

Kemp is currently ahead of Abrams by nearly 68,000 votes with 99% of precincts reporting, according to CNN election results. But he only has 50.4% of the vote. If neither candidate receives 50%, there will be a runoff in early December.

“I’m here tonight to tell you votes remain to be counted. There’s voices that are waiting to be heard,” Abrams, who would be the nation’s first black female governor, told supporters early Wednesday morning gathered in Atlanta.

Kemp told supporters he is confident of his victory.

“There are votes left to count. But we have a very strong lead. And folks, make no mistake, the math is on our side to win this election,” he said.

According to a statement provided to CNN by her campaign, Abrams is holding off on conceding to see if a runoff is possible.

The campaign cited several specific places in the state that could play a role in a scenario to force the runoff, including three of the state’s largest counties that “have reported only a portion of the votes that were submitted by early mail” and four other large counties that “have reported exactly 0 votes by mail,” according to the campaign. Together, it said, the seven counties “are expected to return a minimum of 77,000 ballots.”

“These counties also represent heavily-Democratic leaning constituencies, and the majority of those votes are anticipated to be for Stacey Abrams,” the statement read. The campaign also said absentee ballots could make a difference.

“Across our state, folks are opening up the dreams of voters in absentee ballots, and we believe our chance for a stronger Georgia is just within reach,” Abrams said Wednesday morning.

Voters rights issues have taken front and center in the the high-profile gubernatorial race between Kemp, the GOP secretary of state, and Abrams, a state representative.

Democrats have accused Kemp of a conflict of interest as he refused to step away from his post overseeing state elections while he campaigned for governor.

On Sunday, Kemp’s office opened an investigation into the Georgia Democratic Party for what it said was an attempted hack of the state’s voter registration system, without providing proof. Georgia Democrats flatly denied the allegation.

He dismissed critics alleging that he weaponized state law to suppress the minority vote as “outside agitators.”

A lawsuit filed Tuesday in a Georgia federal court by five state voters asked a judge to strip Kemp of his powers over the midterm election — including any potential runoffs.