Brat or Spanberger: Whom did western Henrico voters choose?

HENRICO COUNTY, Va. — Voters in Virginia’s 7th Congressional District flocked to the polling stations Tuesday morning, creating at times long lines at the doors after they opened at 6 a.m. The closely watched race between Republican incumbent Rep. Dave Brat and his Democratic challenger Abigail Spanberger made national headlines as polls showed that the formerly solid conservative district was considered a toss-up.

Interviews with voters at the polling stations on Tuesday morning showed a district deeply divided over President Donald Trump and his administration.

While many Republican voters came out to re-elect Brat, they also wanted to defend the president and his policies. Many praised the nation’s economy under the Trump Administration.

Democratic voters, on the other hand, were enthusiastic about Spanberger and the close race in a traditionally conservative district. They also wanted to show their anger and frustration with President Trump.

In 2014 and 2016, Brat beat his Democratic opponents handily. Brat won the seat in 2014 after staging an upset win in the Republican primary against then-House Majority Leader Eric Cantor, who had held the seat since 2001. The 7th District last elected a Democrat to the U.S. House of Representatives in 1968.

The district stretches all the way across Central Virginia and includes all of Amelia, Culpeper, Goochland, Louisa, Nottoway, Orange and Powhatan as well as parts of Chesterfield, Henrico, and Spotsylvania. The district is a mix or rural and suburban communities. Close attention was being paid on how voters in the western suburbs of Richmond would cast their votes.

The VCU iPadJournos spoke with voters at polling stations in Henrico, Chesterfield, Goochland, and Powhatan counties to ask who they voted for, and why.

Voters at Gayton Elementary School on Church Road in Henrico said they were motivated to come to the polls by the divisive national political climate, and that they hoped the rest of Central Virginia turned out to vote with enthusiasm for the democratic process.

Many voters approached by the iPadJournos seemed to favor Abigail Spanberger, but Republican voters were driven to the polls as well in defense of President Donald Trump.

“We just hope a lot of people come out and vote — that’s our right,” voter Edward Hoffman said.

“The biggest issue for me is morality. Over economics, over whatever else is going on,” said Michael Fei, a teacher who voted for Spanberger. “I’m seeing a president right now that’s just spewing out hate and anything that can counter that is mostly what I’m going for.”

But Kevin Chaplin, a retired law enforcement officer, said he was enthused by the president’s policies and hoped elected officials could work to continue what he saw as widespread economic progress.

Milton Burton, a retired resident, said he voted for Rep. Dave Brat “because he’s strong on the economy and Spanberger is weak on the economy.”

Sarah Barker, who works at her husband’s law office, said the most important issues to her were taxes, immigration, and citizen’s rights and that “Dave Brat most accurately reflects my values.”

Leah Walker, a state government worker, said she cast her vote for a representative she believed would hold strong to her principles and not be swayed by party politics.

“Abigail Spanberger is who I’m supporting this election season and the reason why is because I think we need somebody who is going to stand on principal, who is not going to just toe the party line,” Walker said.

Barbara Hartmann, a psychotherapist, said she supported Spanberger because the Democratic candidate would “support mental health and children and I think that’s important to our future.”

Voters also outlined specific issues, from healthcare to gun rights, the economy and the environment, they hoped their representatives would address.

“Gun issues are definitely huge, I believe people should have their gun rights, but definitely making it a little harder for people with mental issues to get them,” Ashley Hickman, a service manager, said.

Peter Defur, a retired environmental consultant, said one issue in the Henrico area he would like to be addressed involved air quality.

“Things are getting worse in terms of air quality and severity of weather. We have more severe weather more frequently and it’s only getting worse and it’s going to be worse,” Defur said. “So what we need to do is act at the local, state, national and international level to combat global warming problems and all the consequences that come with global warming.”

“I think politics start locally. I think often if we think about what’s going on nationally we’re looking to the federal government to solve too many of our problems,” he said. “I hope more people just look locally and at the state level to solve our problems.”

Retiree Barbara Burton, on the other hand, was just happy to go home. “I’m just glad it’s over,” Burton said. 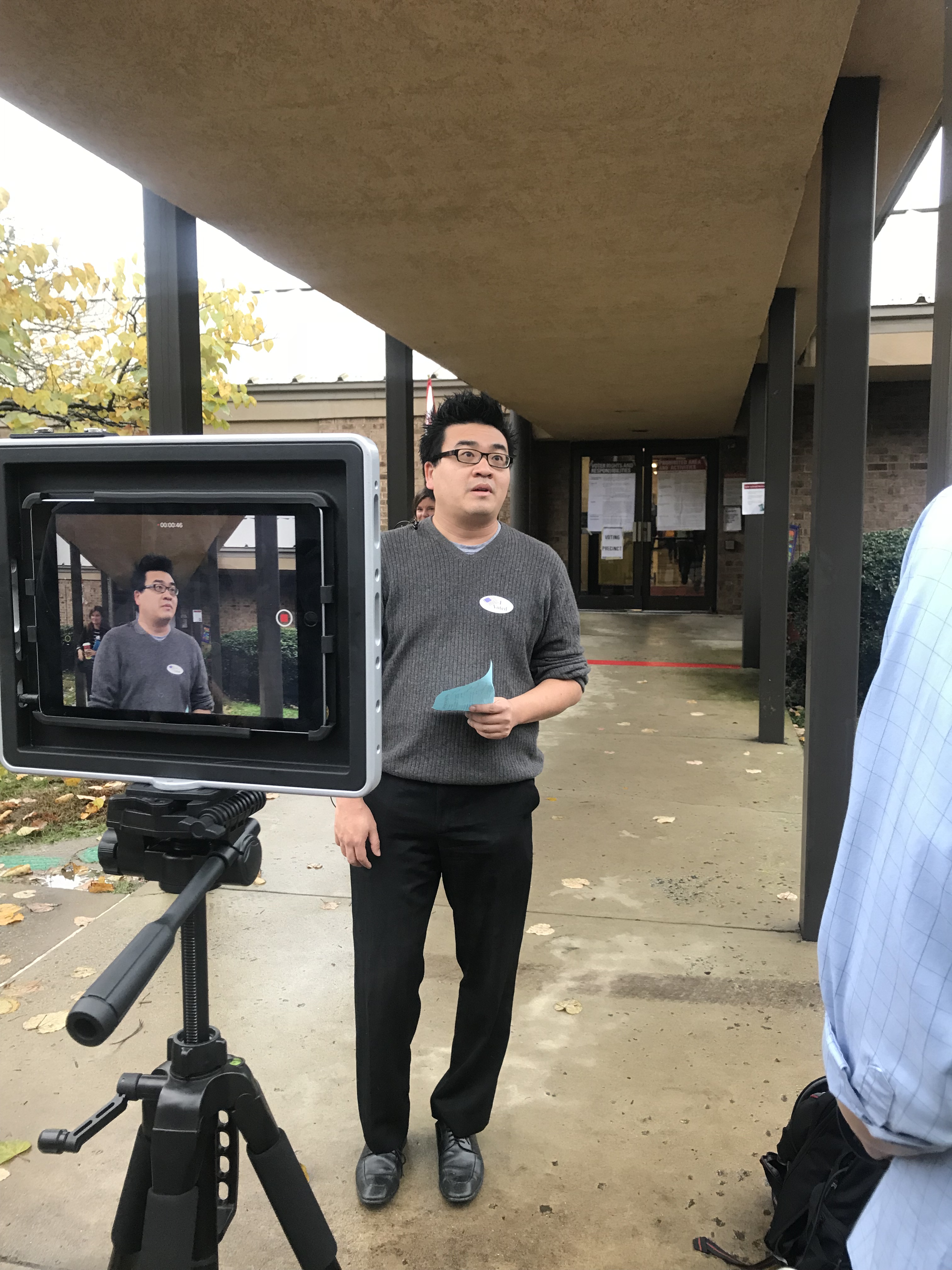 Editor’s note: This story was reported by Saffeya Ahmed, Caitlin Barbieri, Katie Bashista, and Zach Joachim. These student reporters are part of the “iPadJournos” mobile and social media journalism project, a cooperation between WTVR.com and VCU’s Richard T. Robertson School of Media and Culture.