Brat or Spanberger: Whom did Powhatan voters choose?

POWHATAN COUNTY, Va. — Voters in Virginia’s 7th Congressional District flocked to the polling stations Tuesday morning, creating at times long lines at the doors after they opened at 6 a.m. The closely watched race between Republican incumbent Rep. Dave Brat and his Democratic challenger Abigail Spanberger made national headlines as polls showed that the formerly solid conservative district was considered a toss-up.

Interviews with voters at the polling stations on Tuesday morning showed a district deeply divided over President Donald Trump and his administration.

While many Republican voters came out to re-elect Brat, they also wanted to defend the president and his policies. Many praised the nation’s economy under the Trump Administration.

Democratic voters, on the other hand, were enthusiastic about Spanberger and the close race in a traditionally conservative district. They also wanted to show their anger and frustration with President Trump.

In 2014 and 2016, Brat beat his Democratic opponents handily. Brat won the seat in 2014 after staging an upset win in the Republican primary against then-House Majority Leader Eric Cantor, who had held the seat since 2001. The 7th District last elected a Democrat to the U.S. House of Representatives in 1968.

The district stretches all the way across Central Virginia and includes all of Amelia, Culpeper, Goochland, Louisa, Nottoway, Orange and Powhatan as well as parts of Chesterfield, Henrico, and Spotsylvania. The district is a mix or rural and suburban communities. Close attention was being paid on how voters in the western suburbs of Richmond would cast their votes.

The VCU iPadJournos spoke with voters at polling stations in Henrico, Chesterfield, Goochland, and Powhatan counties to ask who they voted for, and why.

The early morning saw a balance of Republican and Democratic voters in line at the polling station in the Company #1 Volunteer Fire Department on Old Buckingham Road in Powhatan County. While some Republican voters showed up in strong support of President Donald Trump and his policies, some Democratic voters came out to vote for change in Washington.

Tony Hochstetler, a local business owner, said he felt that the U.S. is on the right track.

“I really like the way things have been going the past couple years,” he said.

Voters like Hochstetler were driven in their decisions by specific issues.

Sarah Moncrieff, a marketing representative, looked for candidates who align with her values, rather than a party platform.

“I’m very pro-life … but I’m also pro-assistance,” Moncrieff said. “I always look for politicians that are in line with those values.”

For voters like Addison Moore, a retiree, the immigration debate was a key issue. Moore said he believed in the stances that Republican senatorial candidate Corey Stewart and Rep. Dave Brat have on immigration.

Len Dickey, a bio-analyst, said he was voting to maintain checks and balances in the government and because he did not feel the government had any at this time. He said he hoped a different party gained control of the House of Representatives.

“My father fought in two wars, and he would be ashamed of the direction our nation is taking right now,” Dickey said.

Healthcare and education are his two main concerns in this election. He also said he believed that the top one percent isn’t paying its share of taxes.

“I believe that a lot of the jobs that one party is touting as having created are low-paying jobs that are the result of a trickle down effect from the top one percent making more money and being able to hire more people,” Dickey said. “But the jobs that are being created, they’re not living wages.”

Dickey added that he watches news often and tries to stay informed about the world. He said that Abigail Spanberger has the qualifications and history to support what is important to him, and he feels that Sen. Tim Kaine has always been solid.

Shannon Daily, a Richmond attorney, believes that doing research on candidates before an election is the basis for making an informed decision.

“I think that a lot of people go and just vote based on party lines, which could be the reason we’re in this situation we are in now with so much strife and animosity between the parties,” Daily said. “I think it’s better to do the research and learn about each candidate, because just because someone says that they’re a Democrat or Republican doesn’t mean you necessarily agree or disagree with everything they say.”

Laura Carter, a social worker echoed Daily’s belief in doing research before coming to the polls. Carter said that based on her research Kaine and Spanberger best represent the issues she found important.

“I came out today because affordable healthcare is important to me. I want to keep the Affordable Healthcare Act in place,” Carter said. “I have concerns with children with disabilities. And education is a primary concern for me, too.”

Anna Brizendine is a farmer, and farming issues and tax breaks are her main concerns. She said she voted because she wanted the right person to make the community better.

“Unfortunately politics has gotten so negative and it’s very sad,” Brizendine said. “And the politics have been so vicious, so mean, very vindictive and these are not the principles that the founding fathers started. They didn’t start this world to have that kind of negativity and backlashing and such.”

For the older generations, voting is also about taking care of future generations. Irvin Williams, a retired educator, said he is more concerned with the future of the economy. “I value the health of the economy a great deal for my children,” Williams said.

Janice Goldstein, a retired registered nurse, said that she is concerned with the lack of cooperation between the two major parties. “The divisiveness of this country right now … that’s what’s bringing me out,” Goldstein said. 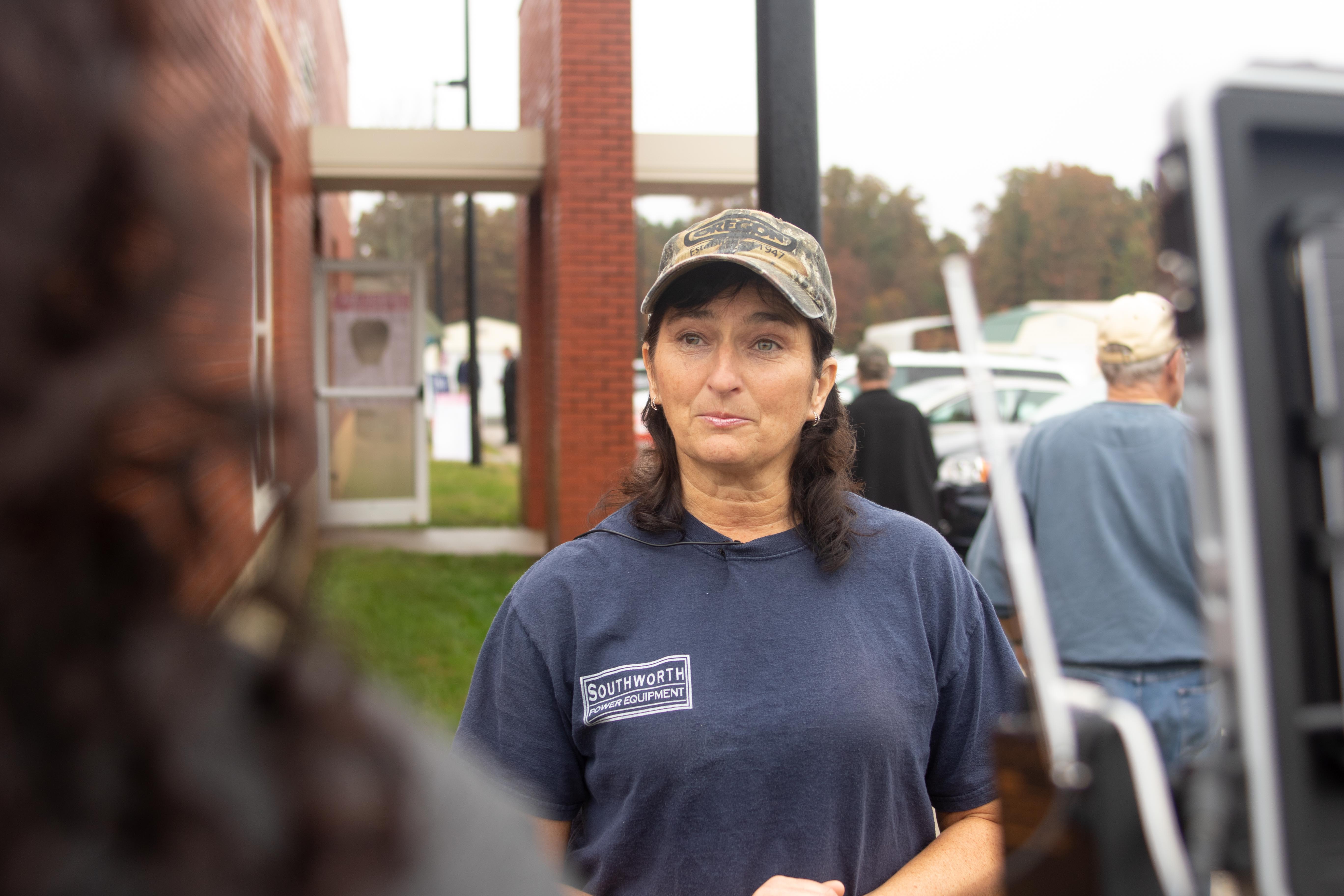 Editor’s note: This story was reported by Madison Bambini, Sarah Danial, Serena Fischer, Caitlin Morris, and Katrina Tilbury. These student reporters are part of the “iPadJournos” mobile and social media journalism project, a cooperation between WTVR.com and VCU’s Richard T. Robertson School of Media and Culture.