HANOVER COUNTY, Va. -- A Virginia State Trooper suffered minor injuries in a crash on Interstate 295 in Hanover County. Trooper J.R. Ward was parked on the shoulder Monday morning, with his cruiser's lights activated, waiting for a tow truck to help another driver who had run off the road in the rain.

"At approximately 6:38 a.m., a 2005 Infiniti SUV traveling north on I-295 ran off the left side of the interstate and struck the rear of Trooper Ward's patrol car. The impact of that crash caused the SUV spun around and strike the patrol car a second time. The impact of the crashes also spun the patrol car around on the shoulder," a Virginia State Police spokesperson said.

SUV driver Markeveis L. Barksdale, 25, of Henrico, was not hurt. 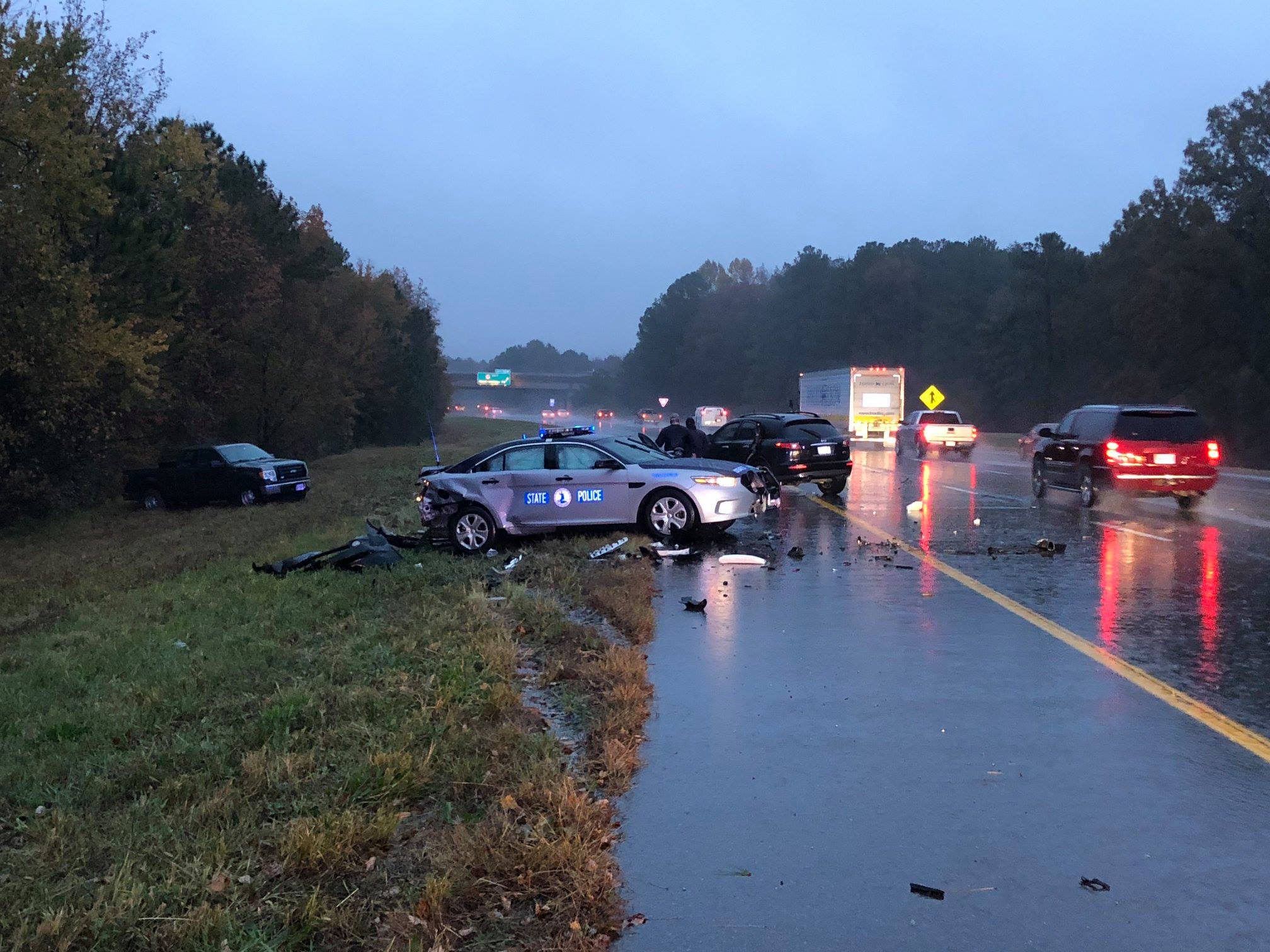 "State police charged Barksdale for having defective equipment on his vehicle - as the investigation determined that due to the poor condition of the SUV's tires, the SUV began to hydroplane which caused Barksdale to lose control and run off the interstate," the police spokesperson said. "Barksdale was also charged with driving on a suspended license - 5th offense."

"With more rain in the forecast for Tuesday, all drivers are reminded to drive for conditions and to make sure your vehicle is in safe, working condition," police urged. "Virginia State Police also reminds drivers of Virginia’s “Move Over” law, which requires motorists to move over when approaching an emergency vehicle stopped alongside the road. If unable to move over, then drivers are required to cautiously pass the emergency vehicle. The law also applies to workers in vehicles equipped with amber lights."

Monday's crash occurred about one mile from the crash that claimed the life of Hanover Fire Lt. Brad Clark.

Clark was killed on October when the driver of a tractor trailer hit Clark's firetruck - pushing the vehicle into the firefighter who was assisting a driver who crashed during Tropical Storm Michael.