Vangie Williams wants to serve the people, not corporate interests

RICHMOND, Va. — Vangie Williams said she felt she was not heard by Rep. Rob Wittman. That’s when she decided to challenge the longtime Republican incumbent in the race for Virginia’s District 1 congressional seat.

“I think that is the biggest problem with the way our Congress is right now. They forgot who they were going up to Capitol Hill to serve is people,” said Williams, who is a resident of King George County.

The first-time Democratic congressional candidate said that she wanted to be a representative who served the people within their district, not corporate interests nor political action committees. 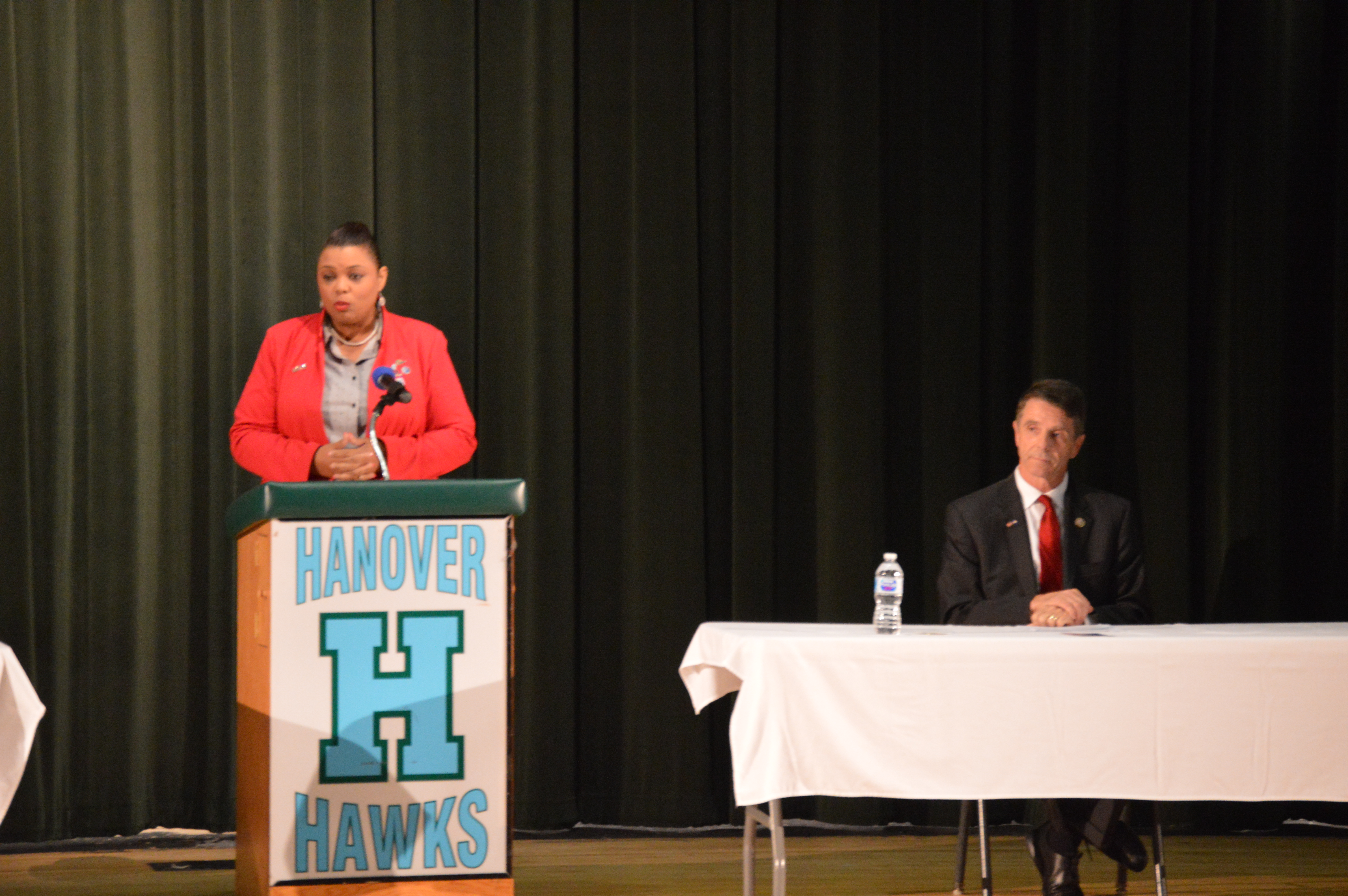 Williams said one of the most important issues for voters is healthcare. She said she aimed to make more accessible and affordable across the district, which includes parts of Prince William County, Yorktown, and Hanover County in the greater Richmond area.

She said she wanted to address the issues with the Affordable Care Act and Medicare to bring medical facilities into rural communities, include dental and vision coverage, and protect pre-existing conditions in healthcare plans.

One of Williams’ main economic concerns for the district is relieving student loan debt.

“It doesn’t matter what field you’re in, if you have college debt it’s harder to buy a home or to select a job in a rural community,” she said. By relieving student loan debt, she added, the district could be open to new opportunities such as new medical practices, small businesses, and tourism.

Williams also proposed an initiative to help veterans, teachers, first responders, and other community heroes across the district, called the INVEST initiative, which stands for “Income Now for Veterans, Enlisted military families, Safety officers and Teachers.”

“In the district, we have enlisted military, active duty military on welfare. We have veterans who are walking up and down the street to get their meals because they run out of money by the first week of the month,” she said. “We have educators and first responders working two or three jobs. All of which are public servants, all of which we depend on every day of our lives.”

The INVEST initiative would exempt the first $50,000 of earnings from federal taxes for people who are or have been in the military and their families, safety officers, and educators. Williams said that this would give those people a raise of around $5,000 a year, and by closing corporate tax loopholes at the same time, it won’t cost localities anything.

In regard to the immigration debate, Williams said that her vision for reforming immigration policy is to create pathways for people to gain permanent residency or citizenship.

“The majority of the people who come to this country are looking for a better way of life, a new home,” she said. “We need to figure out a way to permanent residency, so that they can be here, pay taxes and not be afraid of being detained in any way.”

Williams also said that it’s individual state’s right to have sanctuary cities, which have been controversial in the immigration debate. Critics of sanctuary cities point out that they ignore federal laws and law enforcement agencies or that they create safe havens for criminals. But Williams would leave the issue in the hands of the states. She thinks a balance can be found for protecting Americans and being civil towards immigrants.

“If we start stepping on states’ rights, we start a chain-reaction of what are we going to allow states to take care of on their own and what are going to overrule,” Williams said.

Williams is also focused on improving infrastructure for those in rural areas of the district, who lack broadband internet, maintained roads, educational facilities and businesses. She said that it is possible to build up other infrastructure areas, such as roads and transportation, while laying the groundwork for broadband connections.

“I’ve been in construction for years,” Williams said. “I can tell you that it can be done.”

One of the challenges that Williams’ has faced while campaigning is fundraising and finance.

Currently her campaign has raised a little more than $350,000 overall compared to more than $1 million raised by the Wittman campaign.

Her campaign is funded primarily by individuals as she has not accepted corporate PAC or committee contributions.

“This is a people-funded campaign. It is something that we’re proud of because that shows that we represent the people,” Williams said. “We don’t represent special interests. Having a congresswoman that represents you means that when you come to the office, I hear your voice.”