RICHMOND, Va. — Running his seventh campaign for the District 1 congressional seat, longtime Rep. Rob Wittman is focused on the U.S. military and the economy.

“Rebuilding our nation’s defense is key,” Wittman said. “I would argue, in many areas, our adversaries have surpassed us. We need to not only keep up, but enhance what I think has been a strategic and tactical advantage.”

He added that “a strong U.S. military is the insurance policy to ensure we have a safe globe.” 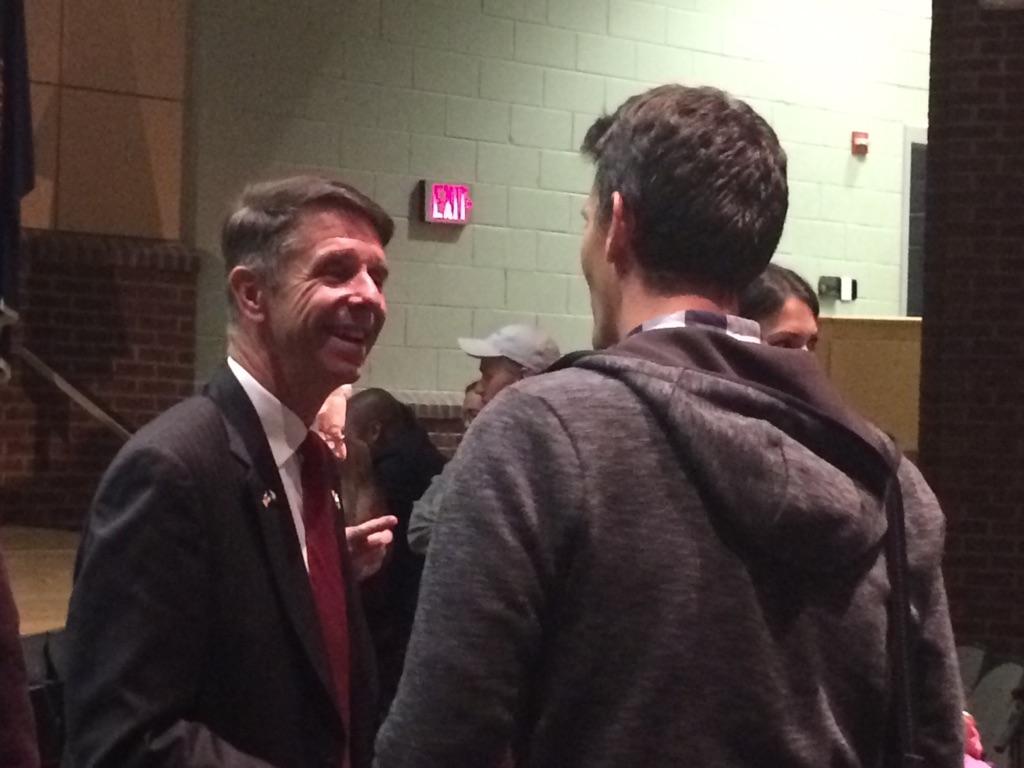 Wittman has held the District 1 seat in the U.S. House of Representatives since 2007.

In this election, he is challenged by Democrat Vangie Williams, a first-time congressional candidate. Wittman has won every one of his six races with results between 56 and 64 percent of the vote.

Wittman said holding public office is all about service to his community.

“For me, it’s an honor and a privilege to serve folks,” Wittman said. “I really think this job is about service.”

“I’m a small business owner and each time I’ve called [Wittman’s] office, he has been there to help me,” said Brian Bayford, a District 1 resident and Wittman supporter. “I’ve actually had meetings with Wittman in the past. I have been asked to speak at his small business meeting to know what small businessmen in the state need. I appreciate him including small businesses because it is important.”

The 59-year-old Wittman, a Virginia native, said his campaign comes directly from the people he serves.

“My political platform is what I get from folks back home,” Wittman said. “And overwhelmingly, what they say is, ‘We need a strong defense. We need a military where we’re supporting strong men and women and their families.’ It’s important we don’t forget about families.”

He also stressed the importance of the Chesapeake Bay for his district and the environment in the Commonwealth.

The first district, which covers parts of Prince William County, Yorktown, and Hanover County in the greater Richmond area, voted for President Donald Trump in the 2016 presidential election. While Wittman seems again to be the favorite to win the race on Tuesday, both candidates have stressed the importance of the military, education, and economy.

For a successful economy, Wittman said children must be prepared to enter the workforce with a strong education.

“I want to make sure that we’re doing things for our economy and jobs. That means career and technical education being emphasized as much as college track education,” he said. “Making sure that our students, our children, are prepared for success, not only for the jobs for today but for the future.”

Rural areas within the first district have scarce access to fast internet services, affecting the education systems, health facilities, and businesses. Wittman said the lacking infrastructure is due to economic issues that need to be addressed, especially the education systems.

“We see a lack of high-speed internet across Virginia, and that’s really one of the conduits for businesses to grow and start, for school systems,” Wittman said. “The same with tele-medicine, making sure people have access to health care.”

Wittman said he is also focused on creating an easier transition for veterans. “This nation has a tremendous obligation to its veterans,” Wittman said. “Our veterans administration still has a ways to go to make sure we’re meeting that obligation.”

By Saffeya Ahmed and Zach Joachim (Special to WTVR.com)