Spanberger cites engagement with voters as key to Virginia victory

“All of that one-on-one or group-by-group contact really keeps me engaged and excited about the fact that we could really make changes in this district,” Spanberger said. “And that I could address the concerns that people bring to me.”

The former CIA Operations Officer, who is a Henrico resident and a first-time congressional candidate, was motivated to run to fight for the needs of her potential constituents. Spanberger said she is inspired by the late Sens. Paul Wellstone and John McCain and the example they set of what politics could be.

“They didn’t agree on much of anything, but they were just driven and motivated and patriotic,” Spanberger said. “And always willing to fight it out about policy, and then bring it back to a strong sense of respect.”

Spanberger is running in a surprisingly close race against Brat, a Republican who has held the 7th District seat since 2014 after upsetting House Majority Leader Eric Cantor in the party’s primary. Brat won clear victories against Democratic opponents in 2014 and 2016.

Spanberger supporter Pamela Hock, who recently attended a town hall with her candidate, stressed the importance of representatives fighting for their constituents.

“It wasn’t about her policies, it wasn’t about fighting against the opposition,” Hock said. “It was about, ‘I wanna hear from you, what you care about and what’s important and your struggles, because she wants to help change it.” 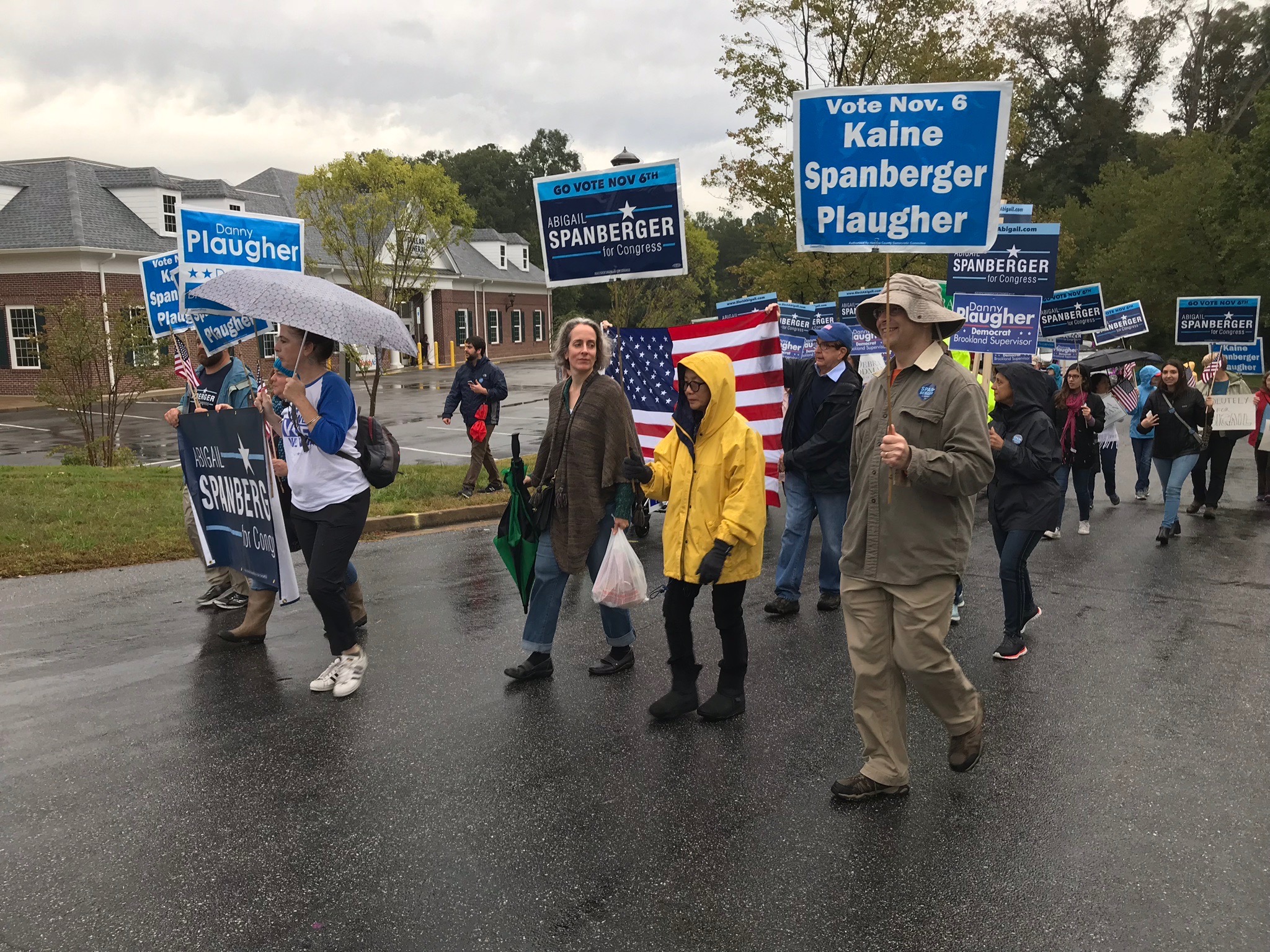 One issue Spanberger is fighting for is to provide resources and support for disabled individuals. She recently participated in the Chesterfield Town Hall with individuals and families with disabilities. The event allowed members of the community, like Erin Mahone, to express their concerns.

“It was really important to me, also as a disability professional to hear her stance on these issues,” Mahone said. “And to make sure that people in our community are able to access their lawmakers and future lawmakers.”

Spanberger also wants to help disabled veterans transition to the civilian workforce and ensure that they have access to quality healthcare. She said that veterans risked their lives for the nation, and the nation has to honor that sacrifice by ensuring their care.

“Overall, our communities are stronger and our economy is better when every member of our community, be it a disabled veteran or someone who has other particular needs, is able to find gainful employment within our community,” she said.

Spanberger also hopes to fight against the polarization in the immigration reform debate.

She supports a full overhaul of the current immigration system, which would give individuals and families that come to the U.S. a sense of certainty. She said that she strongly believes that the U.S. can consolidate the need for security with the values of the American people.

“I think that we’ve kind of taken some steps away from the historical American value of people come here, people become Americans,” Spanberger said. “Each generation, they add to a new level of vibrancy and diversity that makes us a really strong place economically.”

Spanberger also said that she supports the public education system and will fight for more vocational training and apprenticeship programs. She believes that public dollars should stay in public schools to better support students, teachers and schools so that they succeed.

“I believe deeply that public schools are among our country’s most valuable resources, as they create opportunities for individuals to learn and succeed while also strengthening our communities, socially and economically,” Spanberger said.

Pauline Spencer, who attended the Chesterfield Town Hall, is not old enough to vote yet but believes in the change that Spanberger could bring. She said she would vote if she could.

“[Spanberger can] break out of the norms in what we’ve done in the past with legislation, I think she can move us forward,” Spencer said.

Spanberger said she plans to take everything she has heard from people during her campaign with her to Congress.

By Sarah Danial and Katrina Tilbury