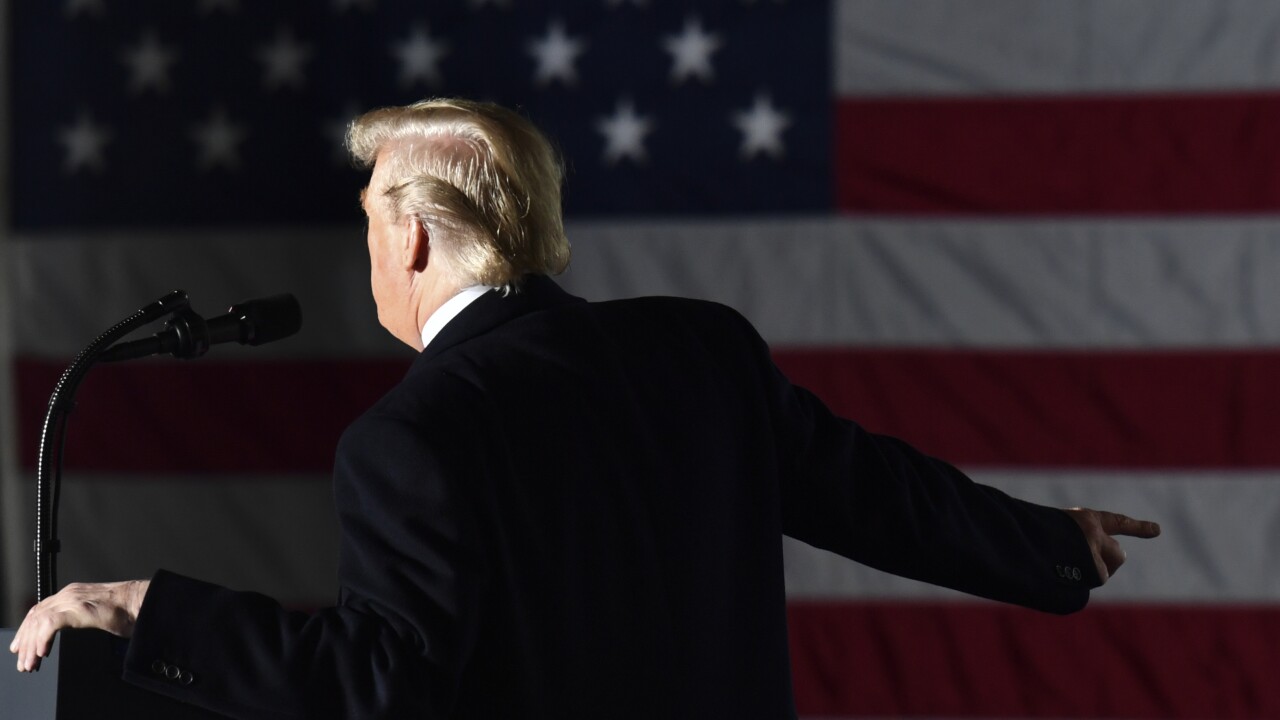 WASHINGTON — President Donald Trump offered a dramatic, if legally dubious, promise in a new interview to unilaterally end birthright citizenship, ratcheting up his hardline immigration rhetoric with a week to go before critical midterm elections.

Trump’s vow to end the right to citizenship for the children of non-citizens and unauthorized immigrants born on US soil came in an interview with Axios released Tuesday. Such a step would be regarded as an affront to the US Constitution, which was amended 150 years ago to include the words: “All persons born or naturalized in the United States and subject to the jurisdiction thereof, are citizens of the United States.”

Trump did not say when he would sign the order, and some of his past promises to use executive action have gone unfulfilled. But whether the President follows through on his threat or not, the issue joins a string of actions intended to thrust the matter of immigration into the front of voters’ minds as they head to polls next week.

A day earlier, the President vowed in an interview on Fox News to construct tent cities to house migrants traveling through Mexico to the US southern border. His administration announced the deployment of 5,200 troops to protect the frontier as the “caravan” continues to advance. And the President has warned of an “invasion” of undocumented immigrants if the border isn’t sealed with a wall.

Still, the threat of ending birthright citizenship amounts to another escalation in Trump’s hardline approach to immigration, which has become his signature issue.

“We’re the only country in the world where a person comes in, has a baby, and the baby is essentially a citizen of the United States for 85 years with all of those benefits,” Trump said in an interview for “Axios on HBO.”

Several other countries, including Canada, have a policy of birthright citizenship, according to an analysis by the Center for Immigration Studies, which advocates for reducing immigration.

The step would immediately be challenged in court. Some of Trump’s previous immigration executive orders, including an attempt to bar entry to citizens from some Muslim-majority countries, came under legal scrutiny after a chaotic drafting process. At the same time, the President has derided his predecessor Barack Obama for taking executive actions to block some young undocumented immigrants from deportation, a step Trump said was a presidential overstep.

The White House did not provide additional details of the planned executive order on Tuesday morning.

“It was always told to me that you needed a constitutional amendment. Guess what? You don’t,” he said, adding that he has run it by his counsel. “You can definitely do it with an act of Congress. But now they’re saying I can do it just with an executive order,” Trump said.

The President didn’t provide any details of his plan, but said that “it’s in the process. It’ll happen.”

The interview is a part of “Axios on HBO,” a new four-part documentary series debuting on HBO this Sunday, according to the news site.