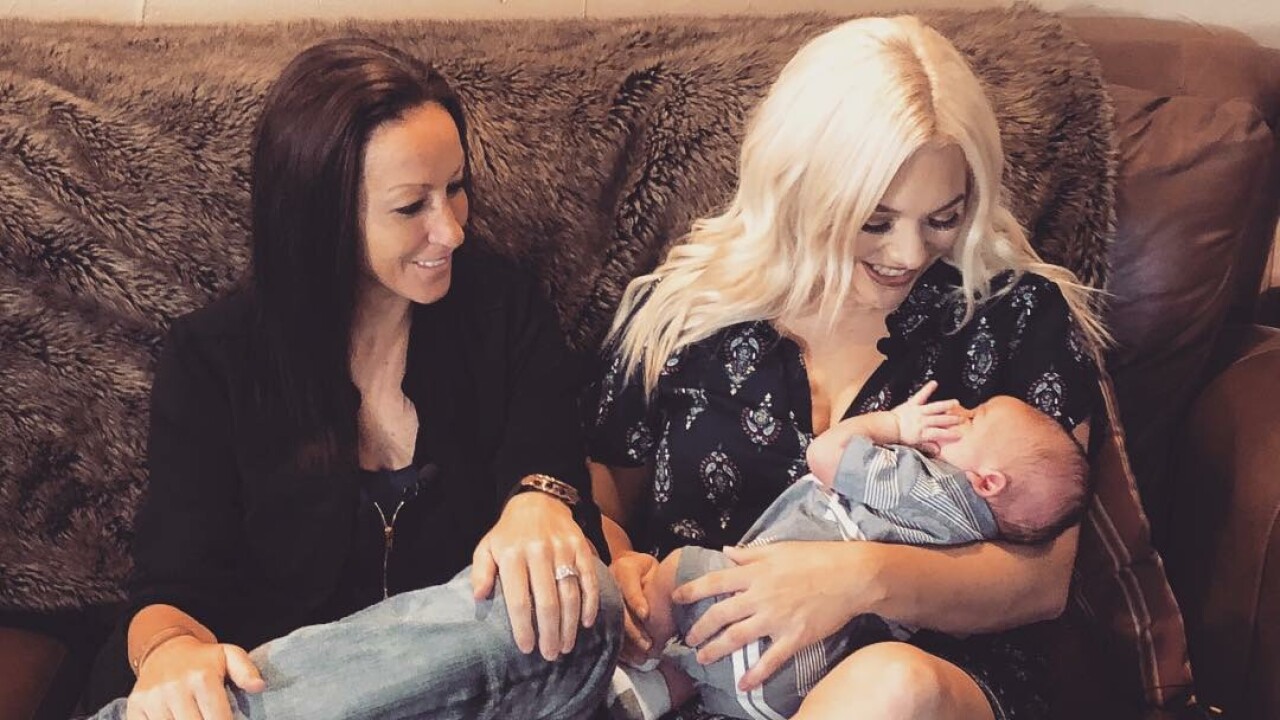 A North Texas same-sex couple both wanted to carry their baby and through a special type of in vitro fertilization they were able to. Ashleigh and Bliss Coulter call 5-month-old Stetson their miracle baby.

“The way that Mr. Stetson came into this world was pretty special,” Ashleigh said.

When Ashleigh and Bliss married, they knew they wanted kids and through what’s called “Effortless IVF” they were both able to carry their son.

“We gave it a try and it was very, very successful,” Bliss said.

“This represents the first time that two women have both physically carried their child together,” fertility specialist Dr. Kathy Doody of The Center for Assisted Reproduction said.

Kathy and her husband, Dr. Kevin Doody made it happen using Bliss’ eggs and sperm from a donor.

“She was so confident when she was saying that they can do it,” Ashleigh said. “I think that was surprising to us but also exciting.”

Through Effortless IVF, instead of placing the sperm and eggs into incubators, they go into an INVOcell. This device is then placed in the body for five days where the egg fertilizes and early embryo development begins.

In the Coluter’s case, after five days, Bliss had the INVOcell removed. The embryos were frozen and then one was transferred to Ashleigh. She carried their baby to term.

He said it’s received mixed feelings from the medical community.

“I think many have been excited about the thought but Kevin is correct, doctors in general, we don’t like change so I think that their ability to share their story is phenomenal,” Kathy said.

Ashleigh and Bliss said they feel blessed to be able to share this experience together and more children are in their future.

“You know your whole life changes obviously with anybody when they have a baby so leaning on your partner I think is really, really important and I definitely think it brought us closer together,” Ashleigh said.

Even though the Coulters were the Doody’s first same sex couple to go through Effortless IVF, they’ve performed the process for around 200 heterosexual couples.

They said the process typically costs about half as much as traditional IVF.