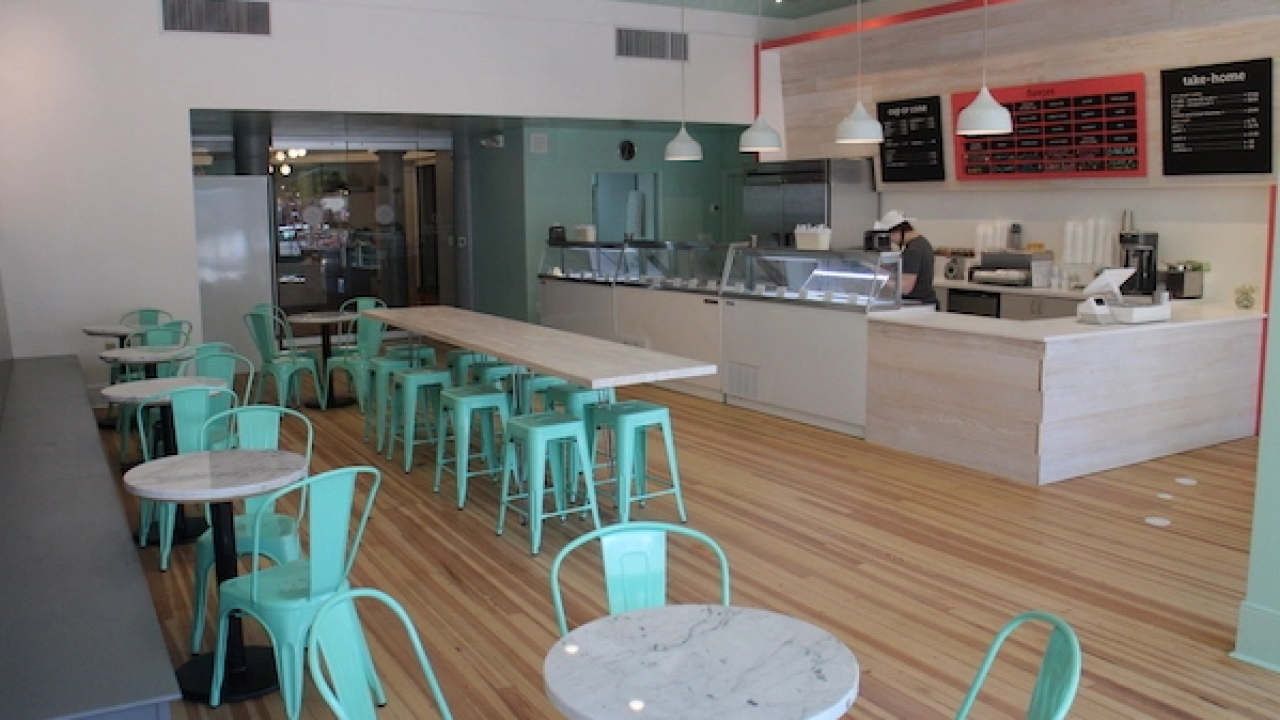 RICHMOND, Va. — A West End storefront has completed its transformation from one ice cream shop to another.

Gelati Celesti acquired Boyer’s last month for an undisclosed sum and then spent 12 days renovating the space before reopening.

“The store held up beautifully over the first weekend,” said Gelati Celesti owner Steve Rosser. “It’s such a dramatic change from what it looked like before.”

The store has over 30 flavors of ice cream by the scoop and pint, as well as cakes.

The Grove shop is Gelati Celesti’s fifth, joining outposts in Scott’s Addition, Stony Point Shopping Center, the Corner at Short Pump and the original store at 8906 W. Broad St. Gelati Celesti also has a food truck and wholesales to about 35 restaurants in town.

Rosser, who purchased the business with wife Kim in 2010, said they’re finalizing a lease for a shop in Virginia Beach, which would be their first outside the Richmond region.