RICHMOND, Va. -- A Richmond synagogue didn't let hate stop them from helping others on Sunday.

One day after 11 members of the Jewish community were killed in a mass shooting in Pittsburgh, folks at Congregation Beth Ahabah in Richmond worked to package 15,000 meals to be distributed around the world to people in need.

"The Jewish people we care and we're there to help other people," Rise Against Hunger Chairperson Vicki Lynn said.

Lynn said the congregation regularly gives back. She said it's something they've always been taught to do.

Rabbi Scott Nagel said many members of the Congregation Beth Ahabah synagogue had connections with the Jewish community in Pittsburgh. He said some some members even got married in The Tree of Life Synagogue where a gunman open fire Saturday, killing eleven people.

"Today we were sad, but we needed to be in community and together," Rabbi Nagel said.

In the midst of tragedy, Nagel said the congregation is focused on being a light and putting an end to the cycle of hate.

"Our mission is to get to know our neighbors even more. So when they think of us they don't think of a Jew -- but they think of a person -- with a face and a name and a family," Nagel said. 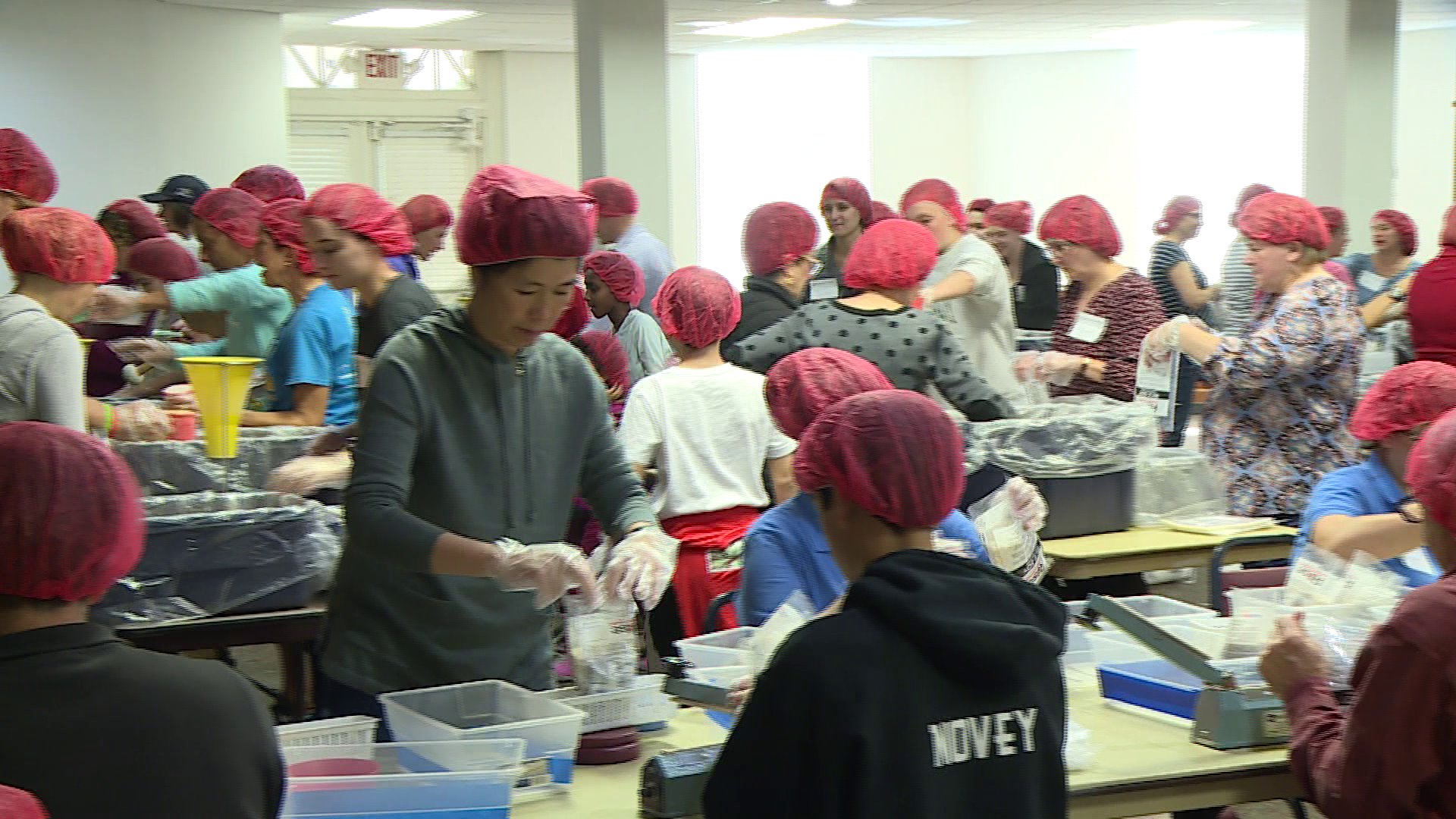