Depression-era hobby is 92-year-old’s fountain of youth: ‘It almost brings tears to my eyes’

HENRICO COUNTY, Va. -- While some seniors living into their 90s like dipping into the fountain of youth, Charlie Glover prefers reaching into his bucket.

“At my age I don’t get in much trouble anyway,” Glover said. “It satisfies me a lot because I have so much spare time here.”

The Henrico man settles into his favorite spot with plenty of reading material.

“About every day when the weather is pretty,” Glover said. “I like Southern Living.”

The grandfather is the talk of Verena at the Glenn assisted living.

“Everyone has commented on it. They call me the Paper Man,” Glover said.

“Like I told you, I have a piece that is 300-feet long,” Glover explained. “I can’t afford and sit and do nothing. It bothers me. I have to do something to keep busy.”

This Monet of magazines is rediscovering a childhood pastime he learned from Mom in his native Nelson County during the Great Depression. 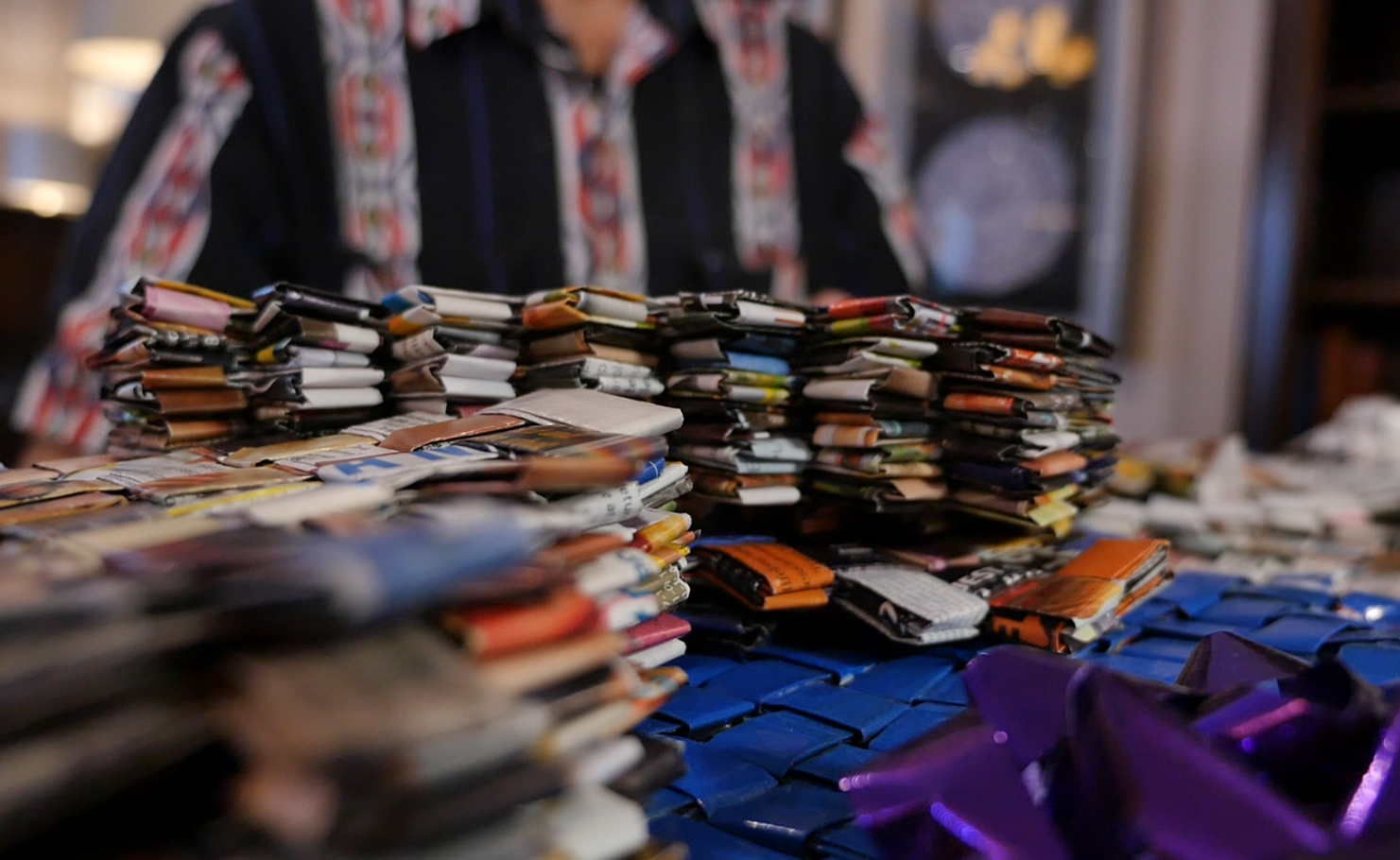 “It was real rewarding. I was glad that I remembered how to do it,” Glover said. “I don’t have idle hands. Sometimes I work three or four hours a day for weeks.”

The 92-year-old’s paper chains rarely gathers dust especially around the holidays as he fashions his creations into artwork like ghosts and Christmas trees.

Verena at the Glenn Executive Director Ashley Dugger said the retired electrician still sends a charge through the retirement home with his talents.

“Every single day when the weather is cooperating people will come in and say ‘Yeah, Charlie is out there folding his papers. What’s he creating today?’” Dugger said.

But Glover’s most-prized decoration, an American flag measuring nearly 3-feet by 6-feet that took months to make, hangs year round.

“I’ve made many things, but this is the best,” Glover said. “It looks like it's waving in the wind. It just makes me proud, because I think so much of my country.”

The flag was labor of love for this WWII veteran who worked for General Dwight D. Eisenhower.

“Oh, it almost brings tears to my eyes,” Glover said.

After four months of folding, Glover donated his masterpiece for all to enjoy.

“I can’t even put a value on that," Dugger explained. "It is so remarkable that we have this gift in our community.”

“When most people walk by people say ‘What are you making now?'"  Glover said. " I have no idea really.”

Worsening arthritis may be slowing him down, but Glover said he will never let go of linking to the past.

“I don’t know what I’d do in my spare time,” Glover saide. “Everyone wants to know what I’m making. Once they see it they can’t believe it.”

Like inspiring stories? Watch CBS 6 News at 11 p.m. Fridays for Greg McQuade’s powerful “I Have A Story” reports. If you know of someone Greg should highlight in his “I Have A Story” features, email him at gmcquade@wtvr.com.