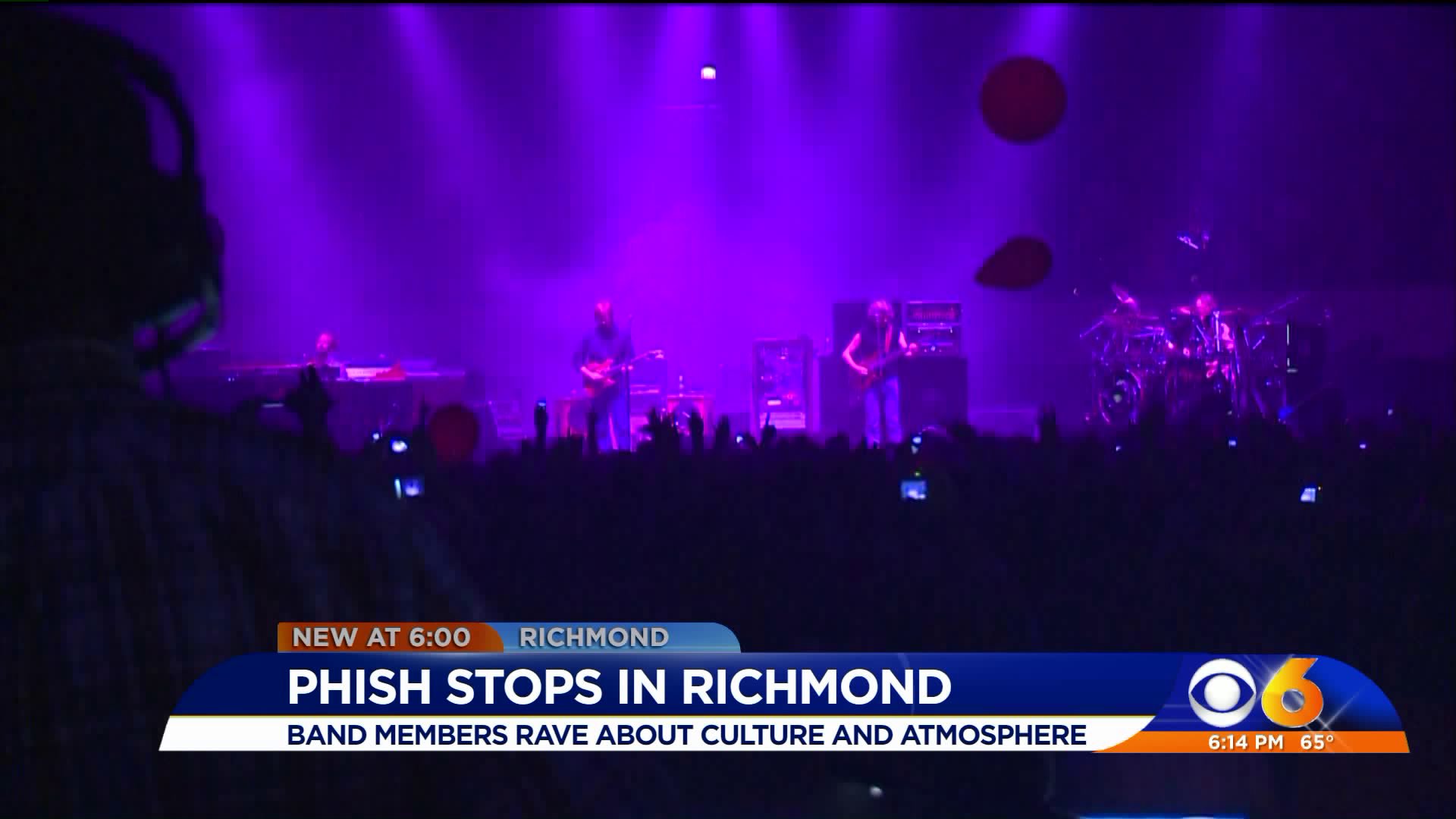 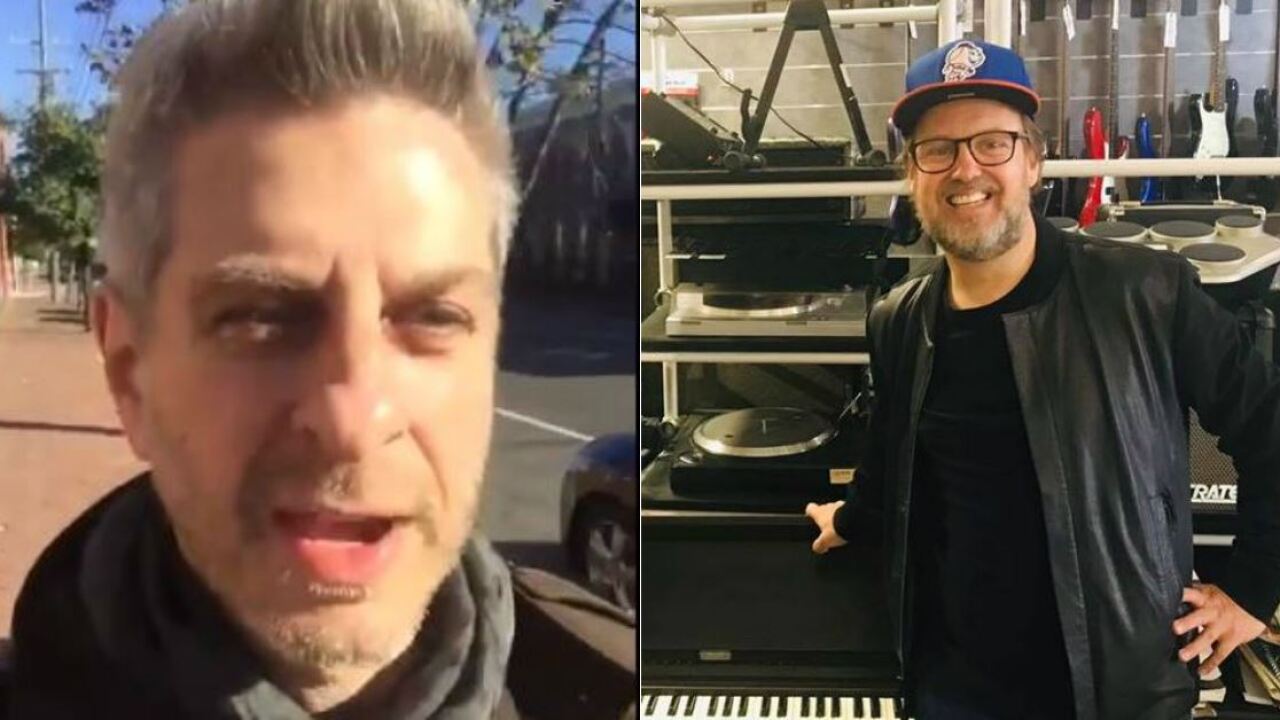 RICHMOND, Va. -- It's been nearly 25 years since Phish -- the country's most popular jam band -- played a concert in Richmond, Virginia. One might think the Vermont-based musicians have something against our fair city. But it appears that is NOT the case.

On a quick break between tour stops in the band's recently launched Fall tour, at least two members of Phish were spotted around Richmond Thursday.

Bassist Mike Gordon delighted Phish fans when he posted his musings on social media while walking around town.

"It's just so freaking gorgeous here in Richmond, Virginia," Gordon said mid stride in a video posted on his Twitter and Instagram. "I'm experiencing all these neighborhoods with cobblestone streets and culture that's kind of old fashion, but then reaches toward innovation."

The Boston-area native also shouted out some examples of the places he noticed in Richmond.

"Art institute, coffee shops, instrument shops, and I start to feel like every step I'm taking, is being at home," he continued. "I feel elated and liberated and just so thankful that it's so beautiful and that I get to be here right now [in] Richmond, Virginia."

In the video, Gordon stated he was looking for coffee. He eventually found his fix at Lamplighter.

Later that evening, Gordon showed up at Cary Street Cafe, much to the delight of the jam-friendly crowd.

It was unclear whether he took the stage at the Richmond music venue and restaurant, but he did pose for photos with fans.

While Phish has not played Richmond since Summer 1994, Gordon is no stranger to the city.

He most recently brought his eponymous side band to the National in September 2017. He also performed at the now-shuttered Toad's Place -- along the canal -- in 2008. Earlier that same day, he performed an intimate show for fans at Plan 9 in Carytown.

Gordon was not the only member of Phish spotted around town Thursday.

The band's pianist Page McConnell apparently used his day off to stock up on gear.

"Check out who dropped in on us today! None other than Page McConell," Mark Szafranski‎, with Metro Sound & Music Recording Studio, posted on Facebook. "We hung out and talked about the new classic vintage Yamaha reed organ he was picking up from us. We both own and play all the classic keyboards"

No reported Richmond-area sightings of Phish guitarist Trey Anastasio, nor drummer Jon Fishman. If you saw either around town, let us know so we can update this post.

Phish will perform Friday, Saturday, and Sunday at Hampton Coliseum in Hampton, Virginia.

*EDITOR'S NOTE: The author of this article is a Phish head and will be in attendance in Hampton. If you see him, say hello! -sw