Father arrested for riding moped with wife, 5-month-old: ‘We had no choice’ 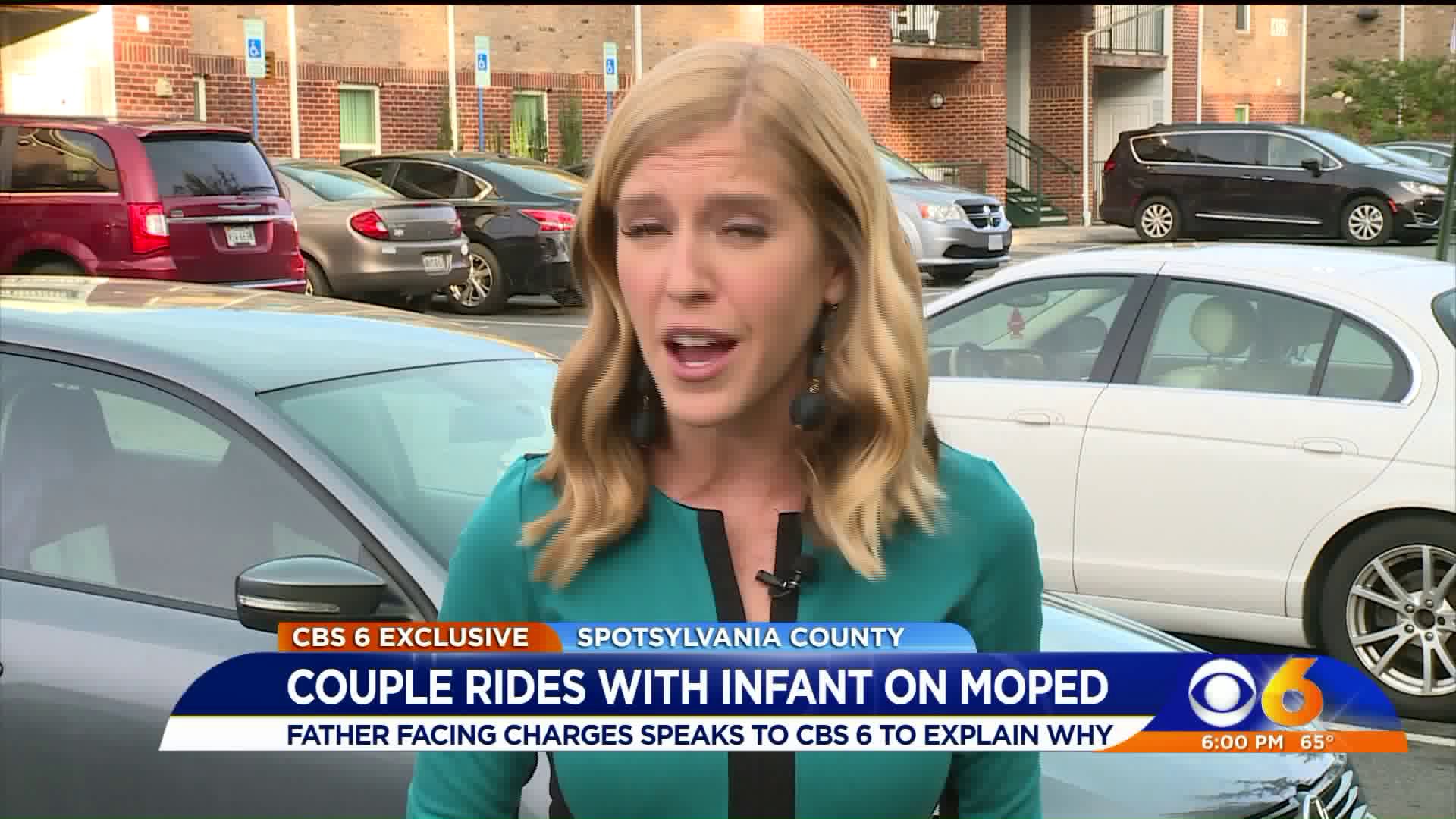 SPOTSYLVANIA COUNTY, Va. -- The father who was photographed riding on a moped with his 5-month-old child and the baby's mother says he has an explanation for why he brought his infant on a high-speed moped rid.

The Spotsylvania County Sheriff's office charged Cane Hartwick Jr., and the child's mother, 24-year-old Athena Colon with felony child abuse. But Hartwick says there is a story behind their decision.

He explained that he is making very little money and that he and his wife rely on the WIC program to receive formula for their five-month-old son.

“I feel like if that is the only thing you can afford, and you are a low-income family… it’s a vehicle, they still should be able to put a car seat on there or something you know,” explained Hartwick.

Right now that program is in Stafford, so they had to go out there on Wednesday evening in order to get the formula, he explained.

Mom and dad arrested for riding moped with infant between them

He also said that he couldn't afford a taxi and couldn't get anyone to watch his child,  who can't be left home alone with his wife due to her seizures.

As Hartwick explained, the moped is their family's only form of transportation.

“Honestly, at the end of the day, it just comes down to I was trying to do what was best for my family and my son and make sure he had something to eat,” he added.

The child was taken from the couple and treated at the hospital for a severe rash on his upper torso, investigators said.

Hartwick says that was a result of his son drooling and teething and they did take him to the doctor and are actively giving him a prescription.

Investigators have not released additional information about the child's health, nor whether he was released to the care of other family members.

“I’m more worried about my son than anything,” Hartwick said through tears. “I’m scared because I don’t know where he is. I don’t know if he’s okay.”