RICHMOND, Va. -- A Chesterfield couple learned a valuable lesson after receiving counterfeit cash in exchange for a gaming system after a sale in Richmond.

Sarah Hacke said the transaction happened in a parking lot at the corner of Roseneath Road and West Broad Street in Scott's Addition around 6 p.m. Wednesday.

The supposed buyer had contacted the couple after viewing a Facebook Marketplace ad they posted for a PlayStation 4. The couple agreed to sell the man the gaming system for $260.

"We didn’t know exactly where [the buyer] came from, but he made sure everything was in the box - and we exchanged the money," Hacke described.

However, once in the car the couple discovered the cash was anything but real.

"The color was off and it didn’t look right, but my boyfriend didn’t notice it when he flipped through it," Hacke explained.

The 13 bills in denominations of $20 all had the same serial number with Russian letters. The word "COPY" is printed on both sides and "Cruger" is underneath President Andrew Jackson's portrait.

The Paris Illinois Police Department wrote in a press release after similar bills showed up in their community:

"Notice that in the upper left and lower right corners you see the word CYBEHNP. The N is actually backward (Cyrillic alphabet) and this word means 'souvenir' in Russian." 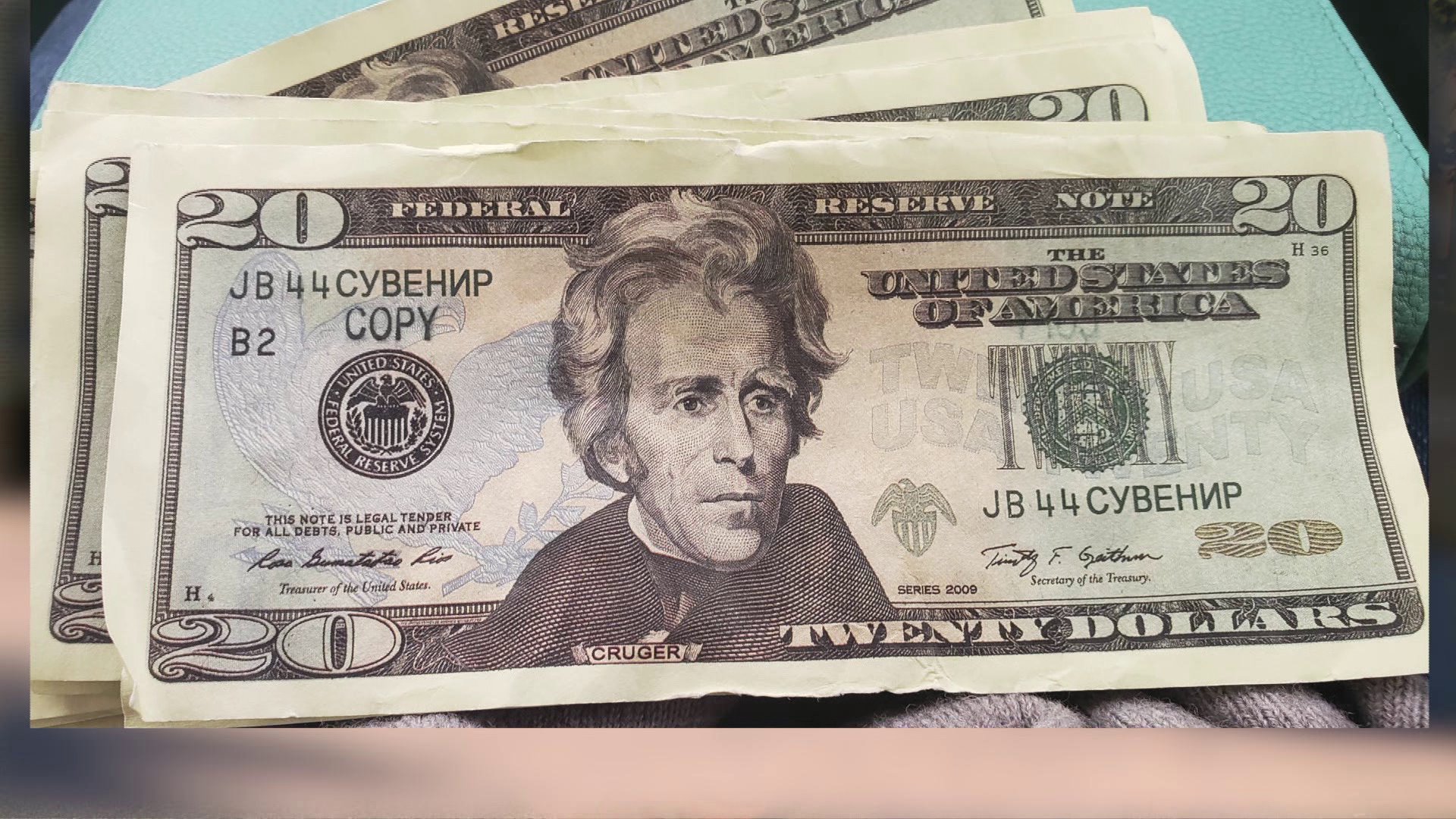 "It’s very convincing," Armstead stated. "I could see where this individual looked at that 20, started flipping through it, and 'Thank you!'"

Armstead urged anyone who sold items through apps or online to be mindful of their surroundings when verifying if the cash is real.

Hacke turned over the fake cash to a Richmond Police detective who is investigating the crime.

"We are assuming they are good people and good for their word," Hacke said. "I guess when someone hands you money you need to look at it a little harder. Watch your surroundings and pay attention."

Several localities have Safe Exchange Zones that are monitored by cameras and are well lit. Those locations include VCU Police Headquarters and at the Chesterfield County Courthouse.

Police shared the following tips when buying and selling items online and you intend to meet in person: