MECHANICSVILLE, Va. -- Andrea McKay's four-month-old daughter is hooked up to an oxygen monitor every moment of the day. She eats every two hours, sometimes through a feeding tube.

This little girl has a tough road ahead.

“Sometimes it's kind of scary,” McKay explained. She said those scary moments come too often for her baby Destiny Rose.

The grim news was given to McKay when she was just twenty weeks pregnant.

The news was enough to prompt the Mechanicsville mom to change her unborn child’s name.

“She was supposed to be called Makayla but at twenty weeks I found out she had a heart condition so I changed it from Makayla to Destiny because I know it's her destiny to survive," McKay said.

She explained that the baby was born three weeks early and that’s when frequent visits to the doctor and hospital stays began.

“If she gets worked up a lot, she can't breathe. When she does have a scare, I call the pediatrician but when she turns blue, I have to rush her to the emergency room,” McKay said.

Once a home health aide, she is familiar with caring for people with medical conditions but this assignment is one she never imagined.

“She had a collapsed lung and had surgery when she was four days old on this leg. She ended up with a blood clot," she explained. 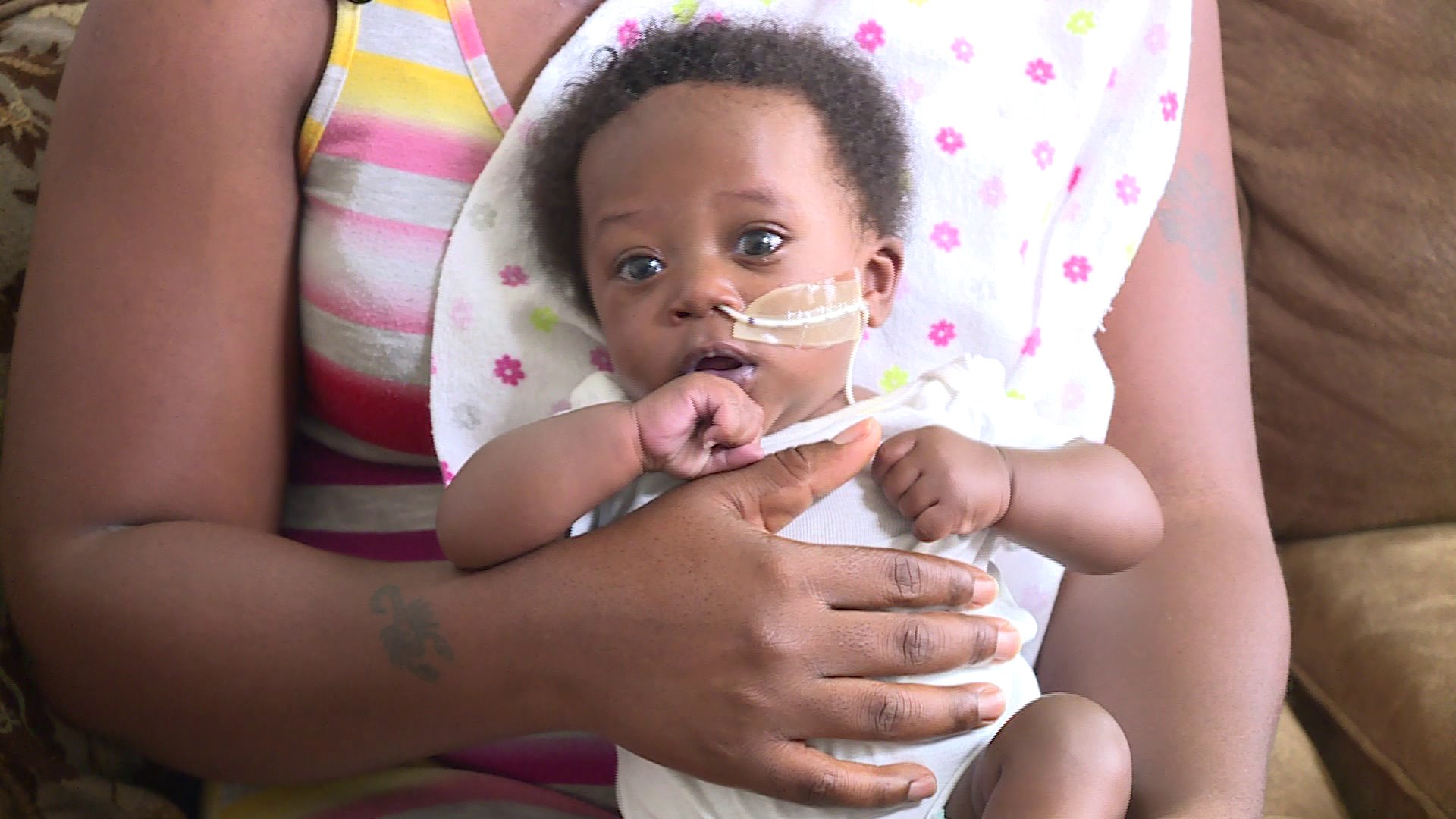 The most challenging part of this ordeal? Keeping her head above water to provide for baby Destiny and her three other children. She says it’s a struggle to keep her rent paid and take care of daily living expenses.

“I can no longer go out to work because I have to be here around the clock to do the feeding tube and to administer her Lovanox shots. Finding someone to take care of her is hard. Everybody is scared to take care of her because of her condition,” McKay added.

She told Problem Solvers that she has always worked and isn’t used to asking anyone for help. She says her mission now is to find a work from home opportunity so that she can support her family and be able to stay home with her sick infant.

Mom says Destiny’s heart condition does require surgery. Doctors are trying to hold off until she is a year old to perform it. Until then, she finds strength in daily prayer. She hopes as the days go by, her little Destiny Rose will fully bloom and thrive just like other kids her age.

A Go Fund Me page has been set up by the family to help fund Destiny's surgery.