Why some Dominion customers may not have power until Tuesday

"The vast majority of our customers will be restored by Monday, October 15th with the exception of a small number of customers in areas that experienced catastrophic damages," Dominion Energy officials said. "Restoration for those customers may extend into Tuesday, October 16th."

Officials noted Sunday evening that crews have completed major restorations and are now shifting to working in neighborhoods where fewer customers are served by each power line. Officials said they will also complete work for "individual customer services."

As a result, officials said that Sunday and Monday's work will mean "smaller pockets of customers" will have their power restored.

"While we’ve made significant progress, we still have a lot of difficult work ahead of us," Rob Richardson with Dominion Energy said.

To illustrate some of the challenges crews faced,  Richardson shared photos of the backyard of a Henrico home near Parham and I-64 that had a massive tree knock down three power poles with a lot of wires.

"A huge job but indicative of the work our crews have faced during this storm," Richardson said around 6 p.m. "Several line crews and a tree crew tackled this job today…in fact they’re still working on it right now." 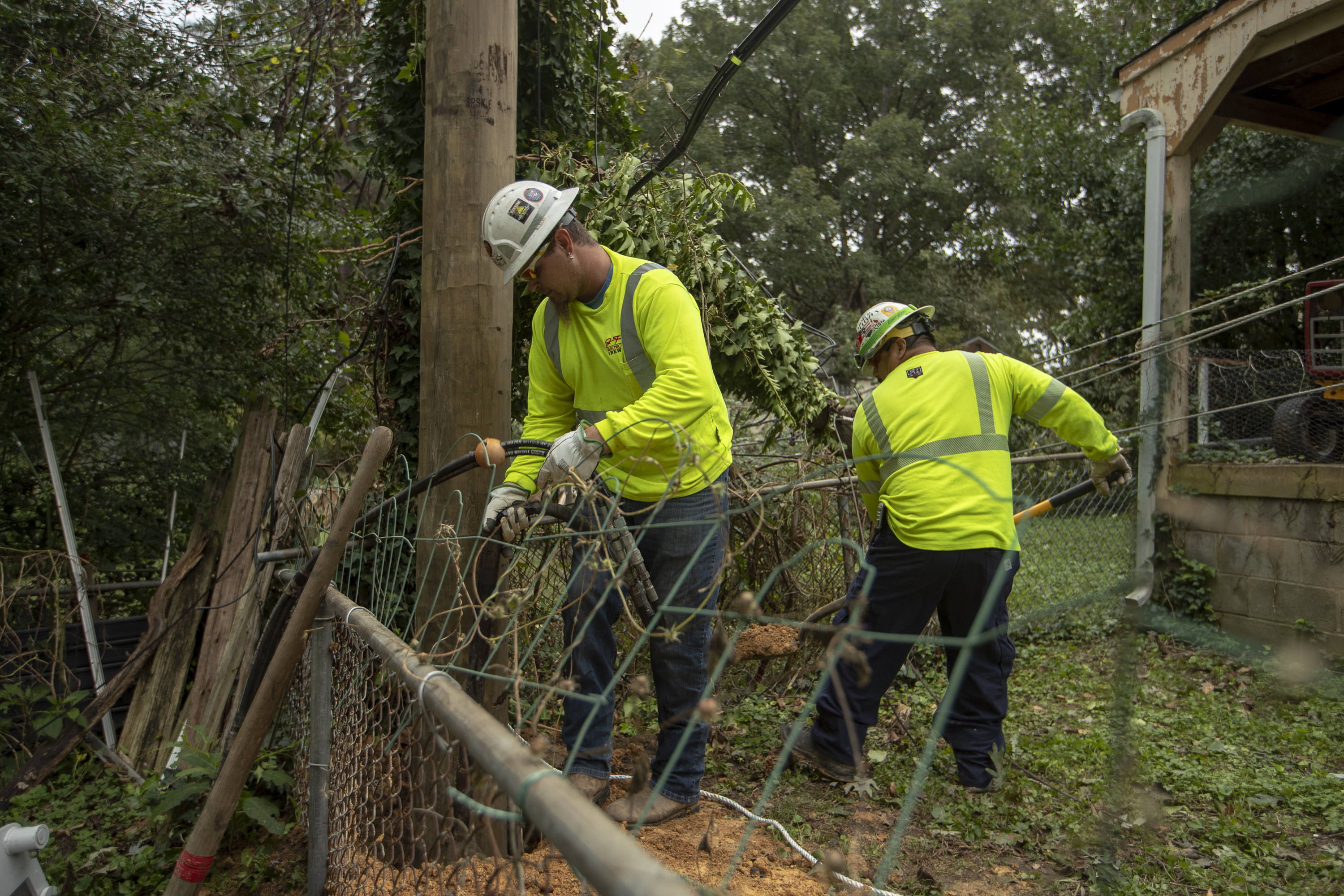 Additionally, officials urged folks using portable generators to follow the manufacturer’s guidelines and only operate them outdoors with adequate ventilation. Improper generator use could be life-threatening for customers and for line crews working to restore power.