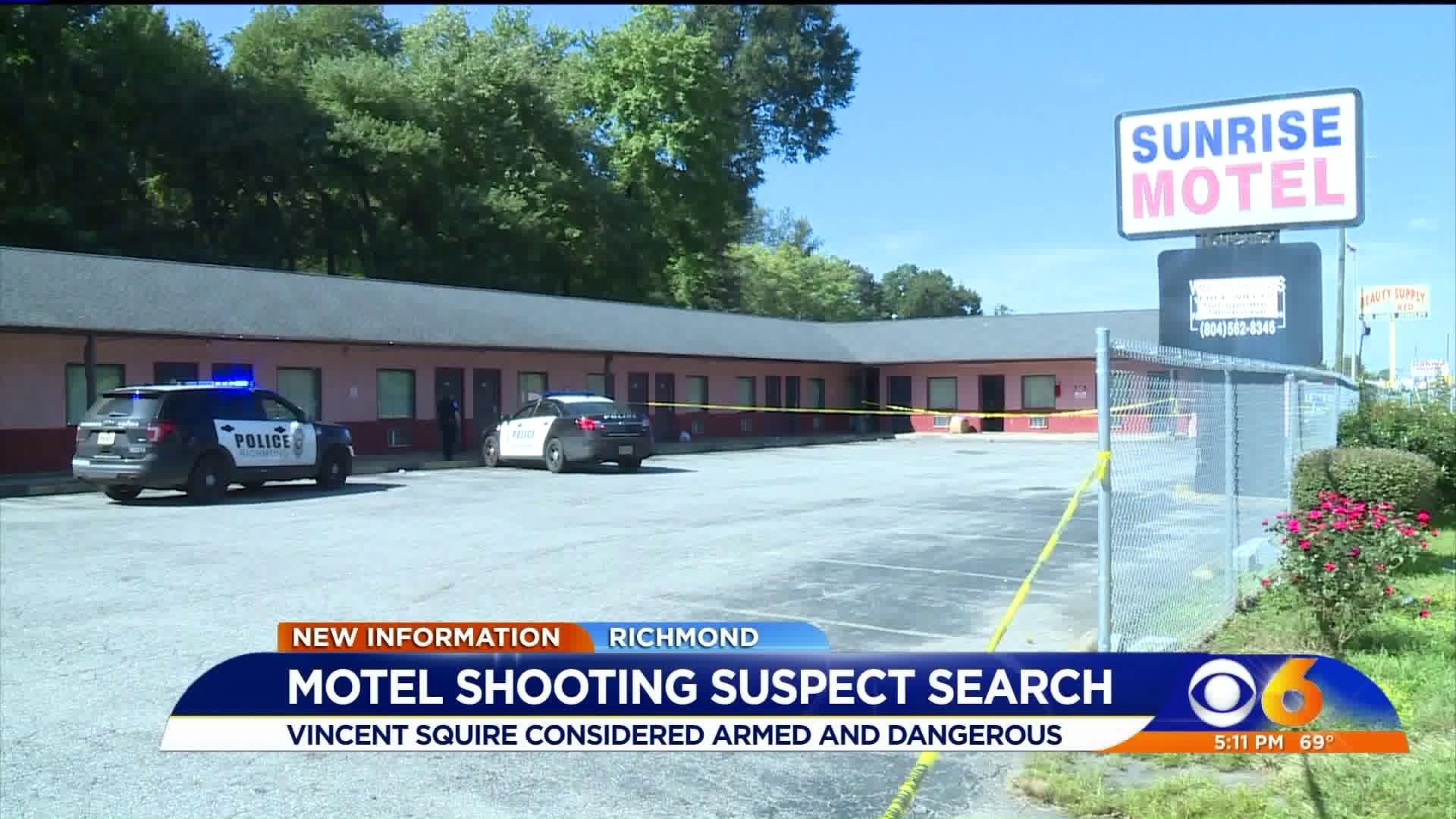 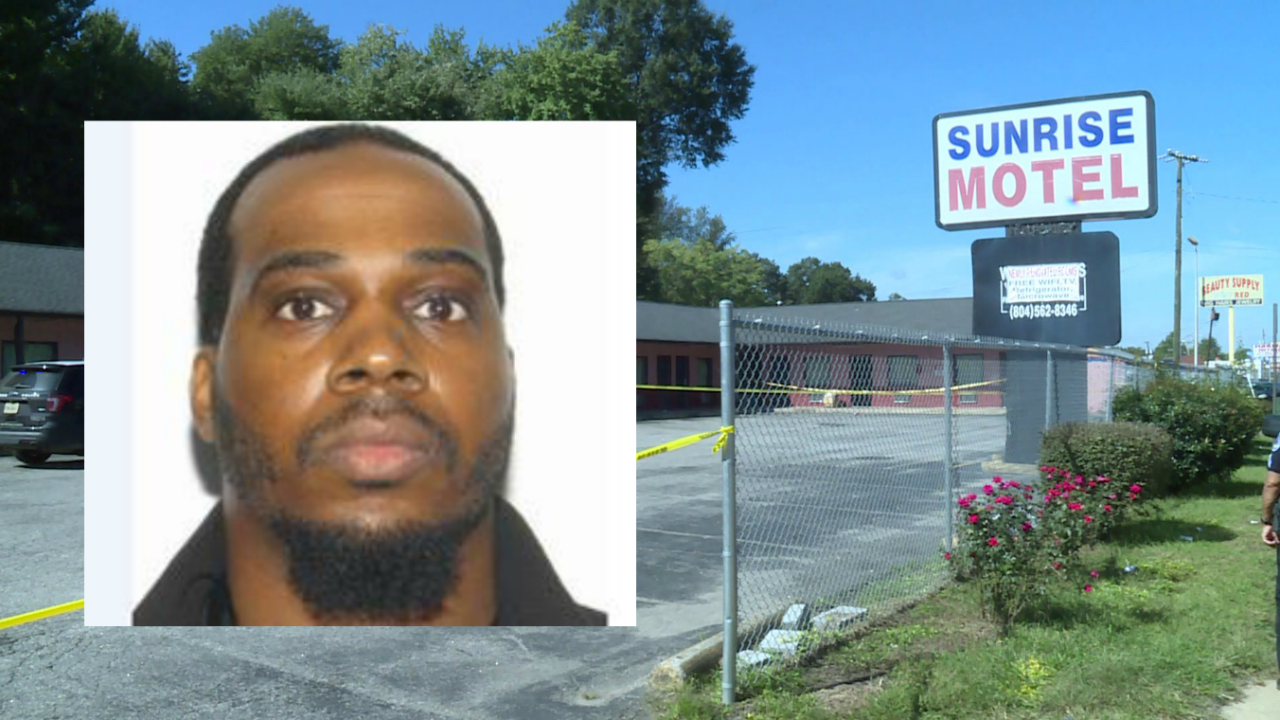 RICHMOND, Va. -- Richmond Police are looking for a shooting suspect who they consider armed and dangerous.

Vincent Squire is wanted in connection to a shooting last week on Jefferson Davis Highway in South Richmond. Squire is wanted on charges of attempted murder and use of a firearm in the commission of a felony.

Officers responded to the report of a shooting at the Sunrise Motel in the 3600 block of Jefferson Davis Highway at 12:57 p.m.

Upon arrival, officers located a male victim in the parking lot suffering from a gunshot wound. The man was transported to the hospital with life-threatening injuries.

Squire is described as a black male, 5-foot-6 inches tall, approximately 155 pounds with tattoos on both arms.

Detectives urge citizens to call 911 if they see Squire.

Anyone with information on Squire’s whereabouts or this shooting is asked to call Major Crimes Detective B. McWhirter at (804) 646-6739 or contact Crime Stoppers at 780-1000 or at http://www.7801000.com. The P3 Tips Crime Stoppers app for smartphones may also be used. All Crime Stoppers methods are anonymous.