Chocolatier makes world better place with treats: ‘We want to be rich in how we give back’ 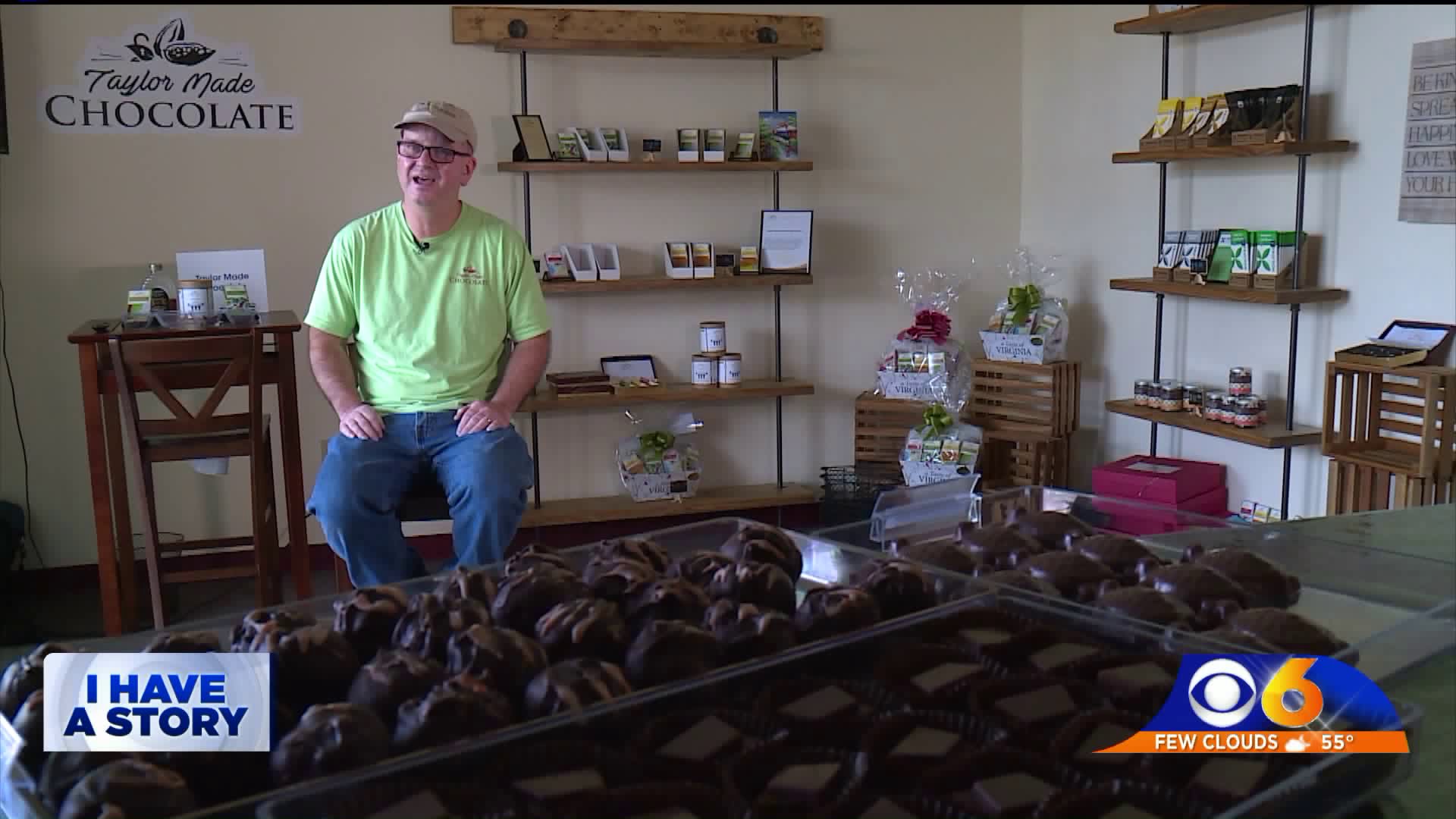 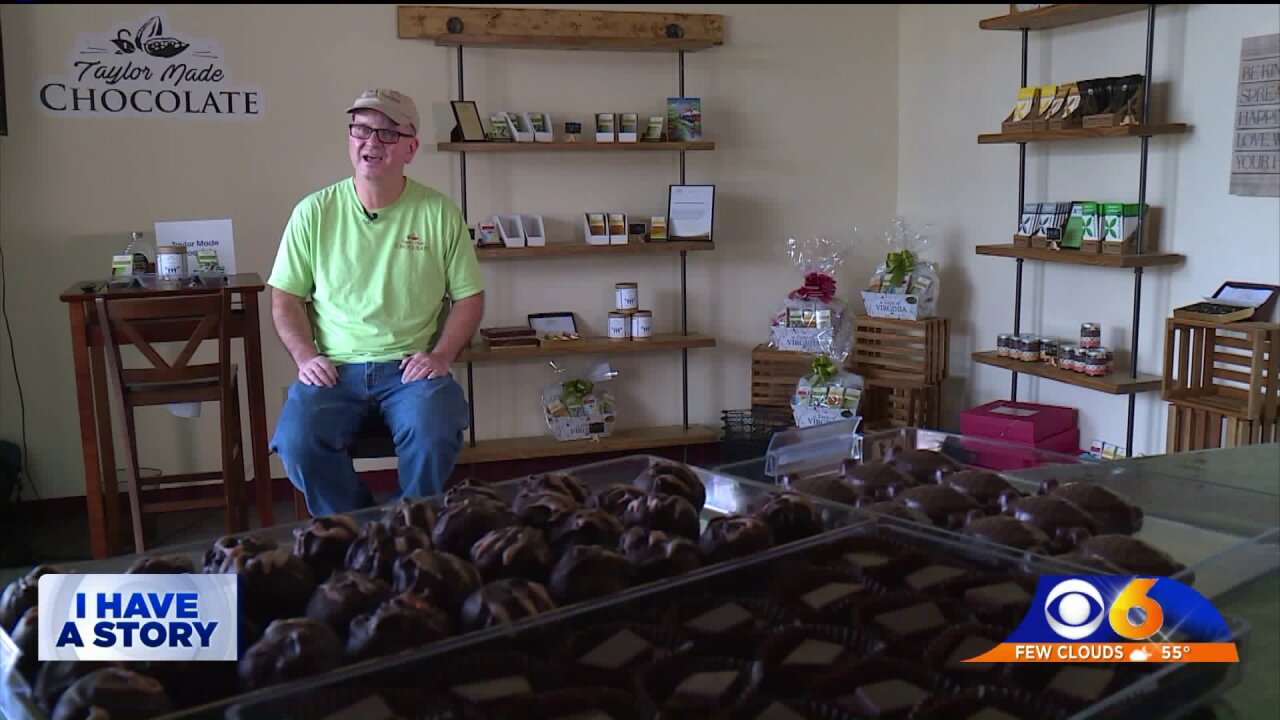 RICHMOND, Va. -- Steve Taylor believes in taking a chance on chocolate. The business owner dumped his retirement savings into Taylor Made Chocolate in Chester.

“When you walk in its like when your mom used to make brownies,” Taylor said. “People buy chocolate because it makes them feel good.”

Opening a year and a half ago Taylor could practically taste the profits.

“We went from concept from roasting in our kitchen to having a bar we could sell in about six months,”  Taylor said, “Every journey begins with one step.”

Steve and roasts, melts and makes his product on-site.

“Chocolate is very intricate. The making of it. The whole flavor profile development."

His artisanal treats are turning heads and tickling taste buds.

“Sometimes it can get loud when we put on the machines, it is so nice to have that bar wrapped up. It is even better when someone buys it and you see their reaction.”

But the married father of two doesn't measure success in how much money he makes.

“We want to make a difference in the lives of people,” he said.

Steve sends his profits to organizations that help victims of human trafficking and domestic violence across RVA.

“We work to bring the sweet taste of freedom to Richmond and RVA," Taylor said.

Taylor Made Chocolate is having an international impact too. Steve only buys cocoa beans from fair trade organizations that help growers in Haiti.

“The folks in Haiti make per capita about 900 a year. So, a farmer selling cocoa beans to us can make about two to three times that,” Taylor said.

The former mayor of Hopewell and member of The Church says he the payback is worth its weight in sugar.

“It makes it worthwhile to come to work and make chocolate with the flavor. You’re impacting lives and that is important to us,” Taylor said.

The father of two wants this venture to grow beyond these walls. To leave a lasting legacy.

“We’re trying to think about impacting forever by what we do today,” Taylor said.

Steve Taylor's chocolate may not melt in your hand, but they just may melt heart.

“I may not become rich. Its not what we want to do. We want to be rich in how we give back to the community and how we help people.”

Steve’s chocolates are sold at stores across Central Virginia including For the Love of Chocolate and Chocolates By Kelly in Richmond.