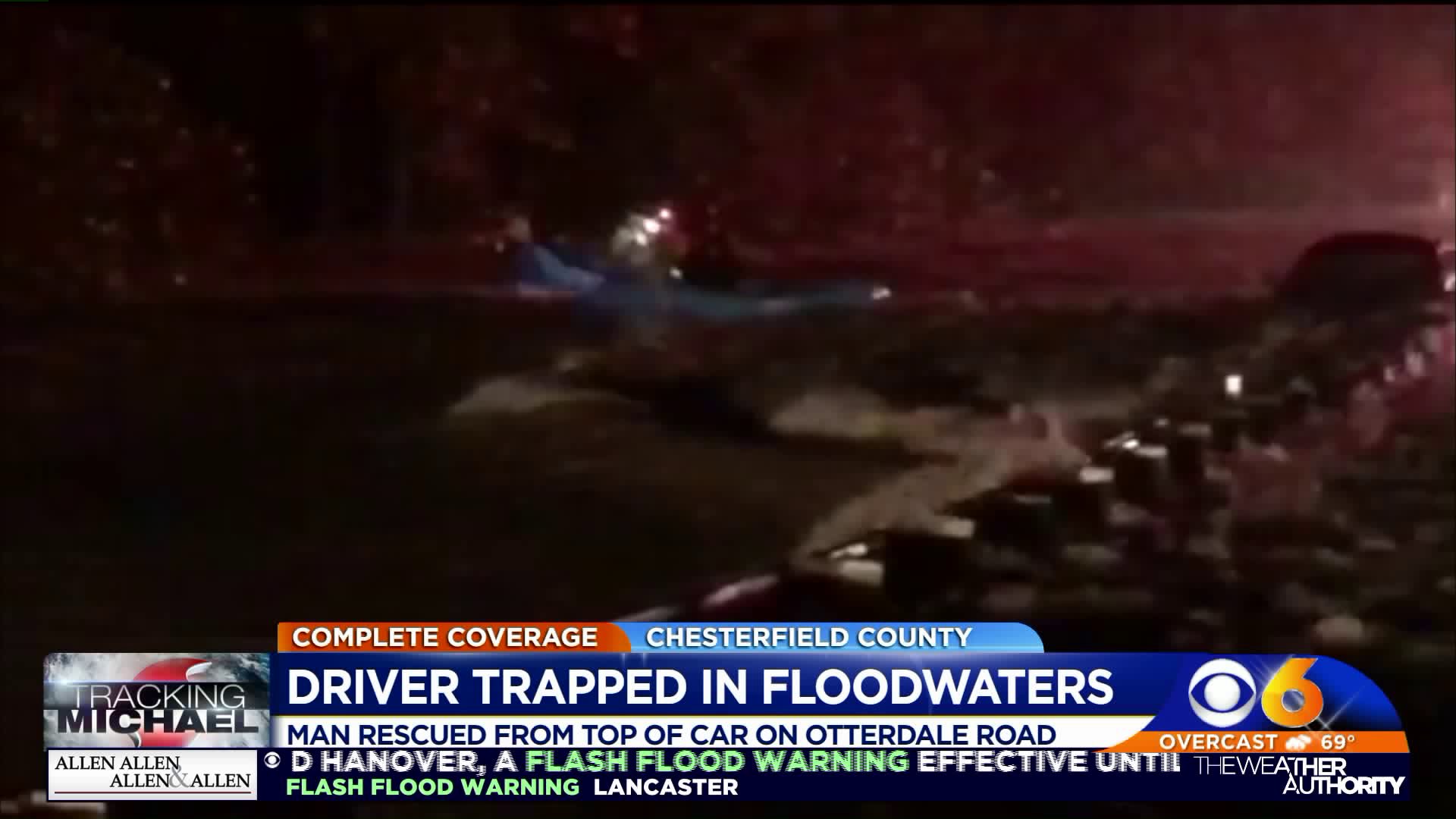 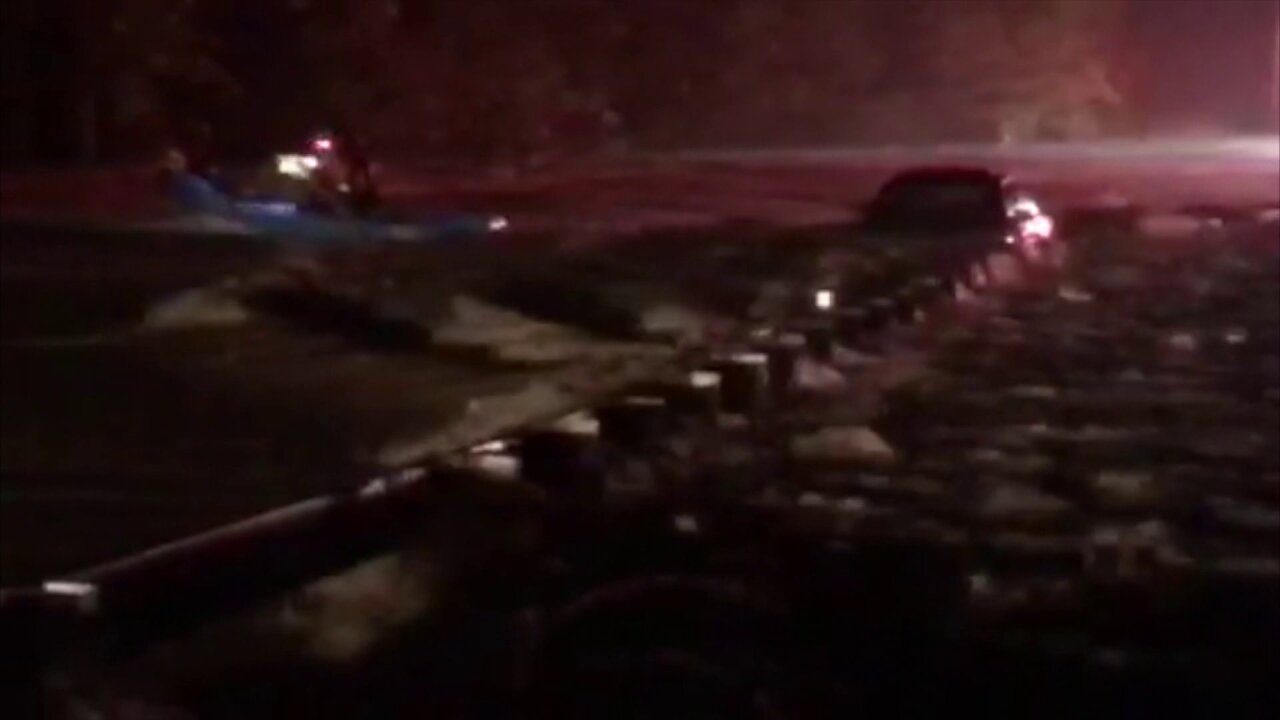 A motorist had to be rescued by canoe near Genito Road in Moseley after driving south on Otterdale and attempting to turn around after encountering flooding.

That driver stood on top of their vehicle stranded while emergency responders worked to rescue them via a canoe at 9 p.m.

Witnesses described the rescue taking an hour as the canoe made its way through more than 4 feet of water towards the drowning vehicle.

"The water is moving extremely quickly," witness George Holcombe said. "It's deceiving because it's probably about 5 feet deep on the side of the railing."