The storm will move through the Carolinas Thursday

RICHMOND, Va. -- Hurricane Michael made landfall before 1:30 p.m. EDT in the Florida panhandle near Mexico Beach and Panama City Beach.

Michael will track northeastward through Georgia and into the Carolinas.  The center of the storm is expected to pass near or just southeast of Virginia Beach Thursday night into early Friday morning.

Rainfall will be heavy from Florida up through the Carolinas into southern Virginia.  Rainfall may exceed 6 inches in some areas.  One positive thing about the storm is that it will be moving quickly and will not stall over an area, like Florence did.

Rainfall amounts across our area will be between about 1 and 4 inches in many locations.  There will be some pockets that see heavier totals, possibly exceeding 5 inches.  Here is one computer model with a general distribution of the rainfall.

A flash flood watch has been issued for Thursday into early Friday.

Rainfall will be heaviest from mid-afternoon Thursday until just past midnight. 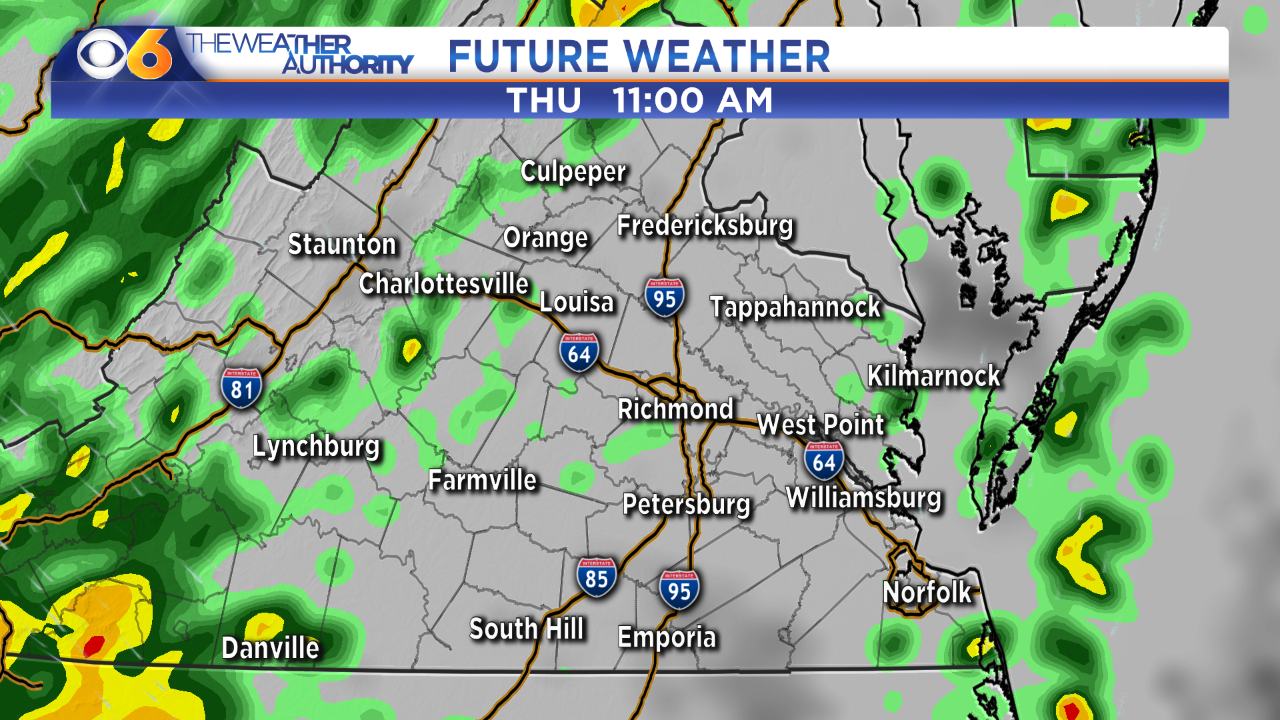 Wind speeds and gusts will be strong Thursday night and Friday morning.  Sustained winds will likely exceed 30 mph, and gusts may exceed 45 mph in many locations across central and southern Virginia.  Strong gusts may bring down branches, trees and power lines.  The heavy rainfall will soften the ground near trees and may make them easier to fall.

The highest winds will be near the coast, with sustained winds over 40 mph and gusts that may exceed 50 mph.