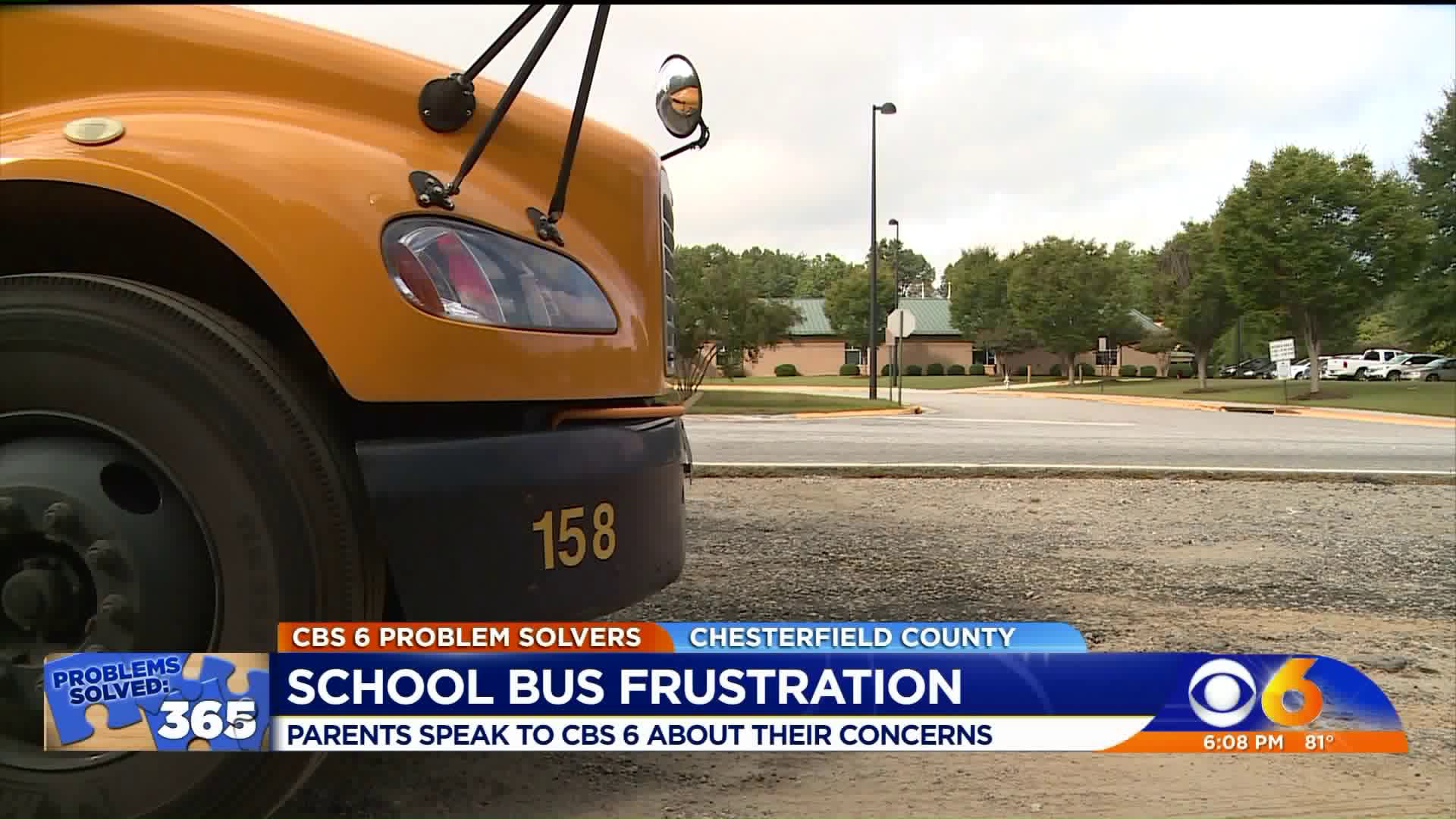 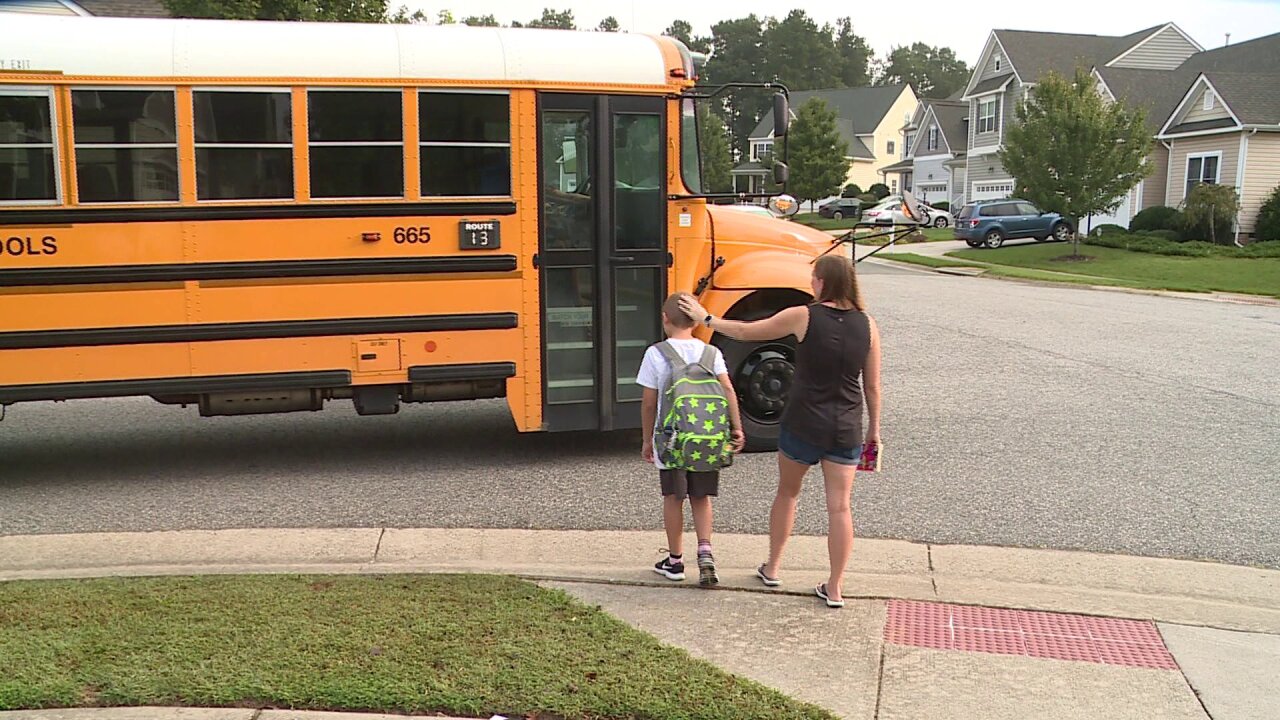 CHESTERFIELD COUNTY, Va. -- More than a month into the school year, some Chesterfield County parents tell CBS 6 Problem Solvers that buses as still showing up late and sometimes not at all.

Chesterfield dad Chris Watson says he wants to keep a positive outlook on the school bus situation but says the county still has a lot of work to do.

Although he says things are starting to smooth out for his son, he knows county wide there are still many bus issues because of a driver shortage.

“I know that this bus thing needs to be hammered out, though because a lot of people are inconvenienced by it,” said Watson.

One of those parents is Jessica Collins.

“So many times, she was supposed to be home and she wasn’t there. I don’t know where she is, what going on, so I had to put a tracking app on her phone, so I can find her at all times. I shouldn`t have to do that, I should be able to trust the bus,” said Collins.

“I’m not going to lie, I’m frustrated and there is some anger there. I’m just frustrated with the whole situation,” she added.

Some parents believe the new school start times have taken this situation to another level.

That’s why Chesterfield mom Kelly Rieder organized this a change.org petition that already has 600 signatures.

“I’ll be at the school board meeting tonight asking that they revert back to last year’s schedule in our area because this is not working,” said Rieder. “I know it’s not going to fix all the problems, we still had problems last year. But I do know, by doing that you decrease the amount of bus drivers that you need."

In a presentation to the board, transportation officials said some strides are being made to improve the bus situation. For example, some middle school bus times were recently adjusted by 10 minutes to reduce late morning arrivals and to improve on late afternoon departures.

There is also a plan to update the routing automated system, according to school officials.