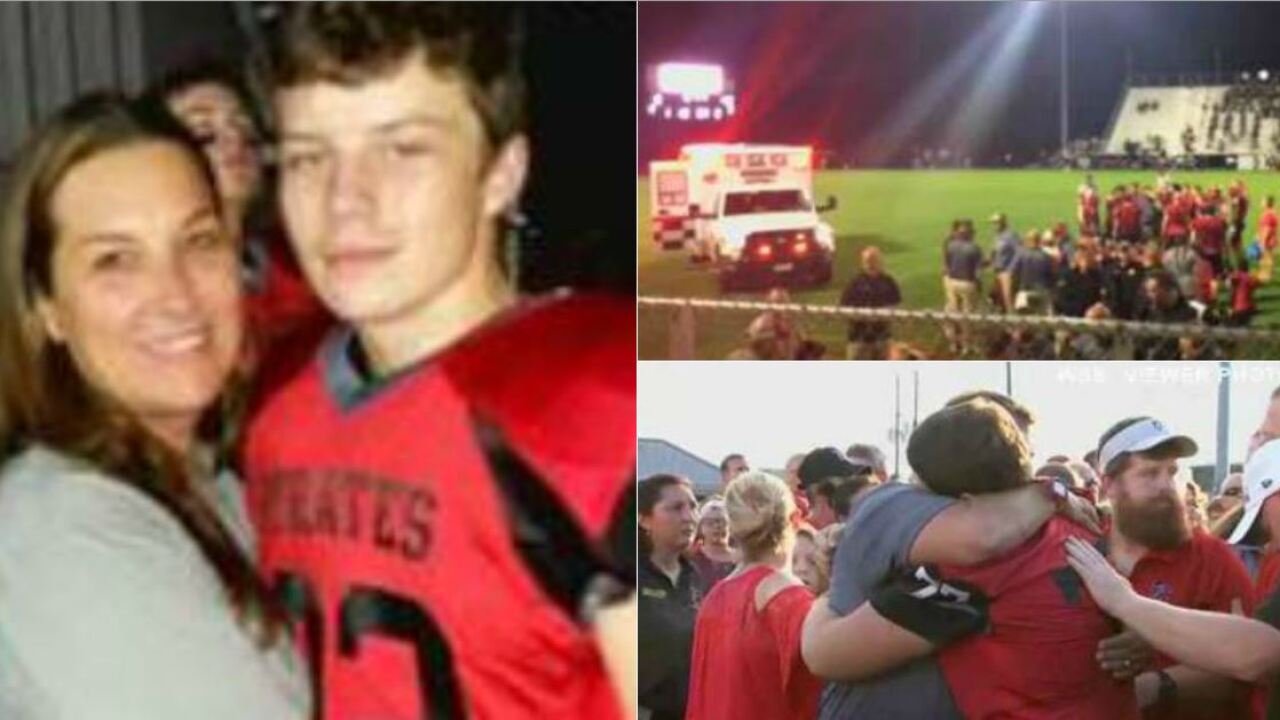 Dylan Thomas, the Georgia high school football player who died after a game last month, succumbed to cardiac arrest stemming from a head injury, the Pike County coroner said in a Tuesday statement.

The 16-year-old’s death has been ruled an accident, the statement said. Specifically, his cardiac arrest was the result of “traumatic brain injury due to or as a consequence of a closed head injury.”

No autopsy was conducted because Thomas’ injuries were documented at the hospital, according to the statement.

The athlete’s parents are fine with the decision not to conduct an autopsy, coroner Terrell Moody said, adding that the mother and father did not wish to make any statement.

Thomas, a linebacker, fell in the third quarter of a September 28 football game between his Pike County Pirates and Peach County High School.

Dylan needed assistance standing but was alert and responsive to questions when he told trainers that he had lost feeling in his left leg, the coroner’s statement said.

He was helped off the field and examined by an orthopedic surgeon and the Pike County certified trainer, the Georgia High School Association said.

Dylan’s condition began deteriorating roughly seven minutes after he came off the field, according to the coroner.

Known as “DT” to those who loved him, Dylan lost consciousness and was taken to a hospital in the rural Zebulon, about an hour’s drive south of Atlanta, before being taken to another hospital in Atlanta. The coaches agreed to call off the rest of the game, Pike County High School Principal Kevin Huffstetler said.

He died at the Atlanta hospital on September 30, after at least 40 hours of surgery, medical testing and additional life-saving measures, the coroner said in a statement.

He was in “great physical shape” and there were no preexisting medical conditions detected, the statement said.

Doctors “described to Dylan’s parents the nature of the injury as an anomaly, requiring the perfect amount of pressure on the perfect spot at the perfect angle,” according to the statement.

No evidence of negligence

The GHSA, the organization that oversees Georgia high school sports, said there “is no indication of any negligent action by anyone associated with Pike County in this incident.”

“The coaches had taken every precaution to prepare for potential injuries and went beyond the required standards when working within the concussion protocol,” the organization said.

In reviewing the game film and speaking with school officials, the GHSA said there was no indication Dylan suffered an injury in the second quarter.

Pike County Coach Brad Webber said officials are not sure when or how Dylan was injured. Coaches reviewed video of the game to try to pinpoint what happened — if he had taken a hit to the head, for example — but nothing stuck out, he said.

Video of Dylan’s final game was released by Pike County High School. The footage does not show any traumatic or catastrophic hits to his head. At one point in the second quarter, he is seen in the video being hit by two players on a running play and is slow to get up. He continues playing.

“The questioning coming from everyone is when did it happen,” Pike County School Superintendent Michael Duncan said. “We understand. We just don’t know.”

Dylan’s teammates and members of the junior varsity team wore their red jerseys, as his family requested. The number 32 was scrawled in red on car windows in the church parking lot, some accompanied by the words “Dylan Strong.”

Football players from Peach County, the team the Pirates were playing when Dylan fell unconscious, also attended the service in their gray jerseys.

On Friday, the Pirates suited up to play Rutland High School. No. 32 balloons were released under the Friday night lights of the field in Macon.

Teammates said they were determined to play for Dylan and for everyone in their community. Dylan’s parents wanted the team to play, too.

“The loss of Dylan will now force us to strengthen our hearts,” teammate Jordan Holley said. “We may not be the fastest, strongest or best team in our region and we may not win another game this season, but moving forward there’s not a single high school team in the United States that has more heart than us right now.”